Home Sports BYU The Magic is Back

The Magic is Back 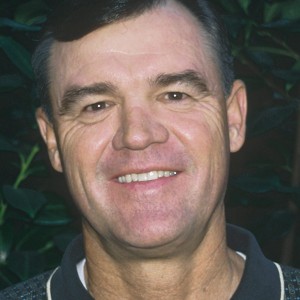 Some said it would take six years. At least five, they said, considering the mission factor.

However, after only three years, BYU basketball coach Steve Cleveland has made significant strides in rebuilding a program that finished 1-25 before his arrival.

After  a 22-11 record last season that included not only a dramatic increase in fan attendance but also a win over nemesis to the north, Utah, many now consider the dry spell over — especially considering some of the nation’s top high school basketball standouts are now signing on with the Cougars for the 2000-2001 season.

Question: In 1997 you were hired to take over a BYU basketball program that finished 1-25 before your arrival. Since then you’ve made significant strides toward bringing national respect back to the Marriott Center. How did you do it?

Answer: The first thing we realized was the most important thing was to develop relationships. No one really knew Steve Cleveland or the staff that we brought here to BYU. So I thought one of the first responsibilities we had was from a public relations standpoint. We needed to educate the people as to who we were and where we’d been —share our vision for the program with them.

I felt the best way to do that was to develop relationships with every high school coach in the state, every summer AAU coach, and to take the opportunity to speak to every community group that I had the opportunity to speak to.
I don’t think I ever fully expected  for anything to happen the first couple of years other than to build a foundation. One thing I learned early in my coaching career is that you can control the things you can control and you can’t worry about the things you can’t.
Question: What is the team’s goal for the 2000-2001 season?
Answer: Our goal would be to go to the NCAA tournament. I think our goal will be the same every year: win a Mountain West Conference Championship. Last year we set a goal toward the NCAA tournament. A lot of people felt like it was probably too lofty of a goal considering the circumstances. But I think it had a lot to do with us getting to the NIT.

Question: Are you concerned about expectations? 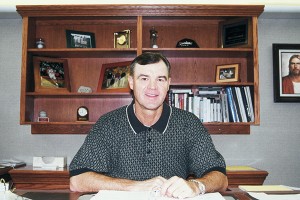 Question: Have you noticed a change in overall team confidence over the past few years and again going into this season?

Answer: That evolution has taken place. I think it happens gradually. Each year, as you look back, there has been a significant on-the-court experience or two. First year, going into New Mexico, beating UTEP in triple overtime, getting to the [WAC] tournament. The following year, beating TCU in the WAC tournament. This year, getting to the NIT, having some significant wins in the Mountain West Conference Tournament.

We’ve had some pretty significant things happen at the end of each season that have been building blocks. I don’t know if we’re a top 20 team in the nation, but we’re working toward that, and that’s our goal.

Question: Is most of the hard work behind you, then? 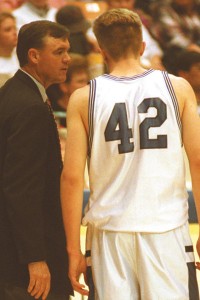 Answer: We still have a lot to do. I don’t want anybody to think that I’m satisfied with where we’re at. I’ll be satisfied where I’m at when we’re getting deep into the NCAA tournament and winning Mountain West Conference championships and contending year in, year out. That’s where I want to be.

Question: BYU’s student body gave your team tremendous support last season, especially during the NIT. Describe the difference you feel when you are playing at home.

Answer: There is no comparison. It is so inspiring to the players. That whole six-man mentality is so critical. I think it really was demonstrated in the NIT.

Question: Do you feel there’s been a change in how you’re received around BYU and in the community since the first day you stepped foot here?

Answer: This is what I tell my friends who come visit me. I have a much more public life than I obviously had as a community coach or high school coach. And the position of basketball coach or the position of football coach at BYU is one that does receive a lot of attention. It doesn’t matter who it is, whether it’s Steve Cleveland or LaVell Edwards, or Frank Arnold.

The entire time I’ve been here has been a unique experience. I’m pretty grounded in most things. I think if I’d been 28 instead of 45 when I came here — everybody has an ego and everybody wants to be successful. But it’s a time in my life when I realize that the responsibility I have sometimes seems so overwhelming that I don’t get too caught up in the attention that the position garners.

Question: How do you like the team’s new uniforms?

Answer: I love the new uniforms, and that may offend some. The bottomline is, I like the colors. I like the way the floor looks. I think they’re just a little more contemporary.

Question: How have you enjoyed living in Utah as compared to California? 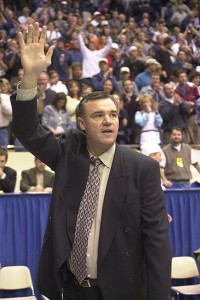 Answer: A pretty good indication would be when you’ve taken a couple young boys out of high school and you bring them to a new environment and a new community. There were a lot of reservations.

As excited as my family was for the new opportunity, it was very difficult for my teen-age boys to make the move, not so much for my 9-year-old daughter.

It was quite the adjustment for the first couple of months. Then they began to make friends. As they got involved, it became a very positive experience.

It was just 3 1/2 years ago that everybody was in tears all the way to Las Vegas about leaving. That gives you an indication of how we feel and how we’ve been welcomed. This is a place I can see myself living for the rest of my life, whether I’m coaching at BYU or not.

Question: What’s your favorite part about living in Provo?

Question: Does your wife look forward to the seasons each year? How does basketball affect your family’s holiday season?