Provo Women are the Picture of Health 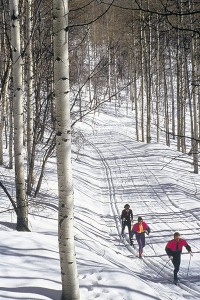 Among other distinctions, Provo has been named one of the top 10 places to live for healthy women. With five major hospitals and hundreds of specialists and medical facilities, Provo’s medical industry is as healthy as its people. From LASIK specialists to plastic surgeons, Utah County residents are self-contained with their medical needs.

The Provo-Orem area has made the top places to live several times in the past decade. It’s no secret that Utah County is a great place to live.

The most recent national distinction is that Provo is one of the top 10 cities for healthy women, according to SELF magazine.

SELF asked epidemiologists and other health experts to determine what they believe are the benchmarks of wellness for women.

Twenty-four statistics were deemed key, and demographic consultants then determined the most healthy cities in the United States for women. The results were described on the “Today” show.

The standout quality of Provo, according to the survey, is its low disease rate.

“This scenic ski-country town draws lots of tourists, but what put it at the top of our list is the influence of local folks: the Mormons, who set a healthy-living tone that even non-Mormons benefit from,” wrote SELF magazine.

The 320,800 people in the Provo-Orem area average less than one drink and one cigarette per month, among the lowest rates in the country, the article says.

These rates mean less cardiovascular disease, which is women’s biggest health enemy, and almost no lung cancer, the deadliest cancer for women.

The water is clean, unemployment is low and motor-vehicle deaths are below average.

Provo is also a fitness mecca. SELF noted that the city is nestled in a canyon, close to Sundance ski resort.

But all that clean living doesn’t mean nobody has fun. SELF magazine wrote that although Provo “locals” don’t drink much, they enjoy activities such as bonfires in the canyon.