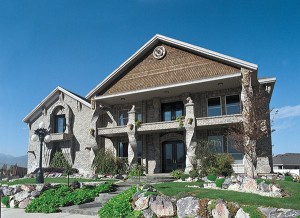 The “Gargoyle House” in Spanish Fork is well-known to many in the south end of the valley. The twisted brick columns and the European influence reflect the individuality of owners Brandon and Nikki Thomas.The 6,500 square foot home sits on a one-third acre lot.

Home owners Brandon and Nikki Thomas are confident believers in self expression. They both love European and Russian art, and they showcase their unique personalities in their clothing, tattoos and hair styles.

So it made sense to them that their house also reflect their tastes.

They built their Midieval style brick home in Spanish Fork to illustrate their favorite styles and time periods.

And they have certainly drawn a crowd.

The “Gargoyle House,” as it is called by most who’ve seen it, has been known to create traffic jams in the modestly sized cul-de-sac in which it sits. 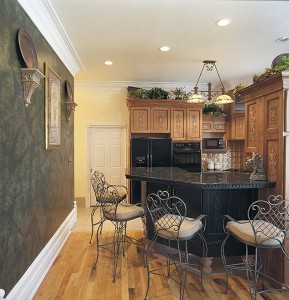 The kitchen area continues the European theme, with a gargoyle on the counter and intricate detailing on the cabinet doors. “I saw a bar on legs, and I just had to have it,” Nikki says. The backsplash is brass and the countertop is Corian. The wood floor is ash.

The Thomases have gotten used to people driving by slowly — or even knocking on the door to see if they can take a peek.

“It’s flattering, but at the same time a little uncomfortable to have people so interested in our home,” Nikki says. “For the most part, people are complimentary, but we have had a few peculiar notes left on our porch and we’ve had to call the police because people have trespassed into our home.”

The 6,500-square-foot home took two years to build, and the Thomases have lived there for nearly four years. 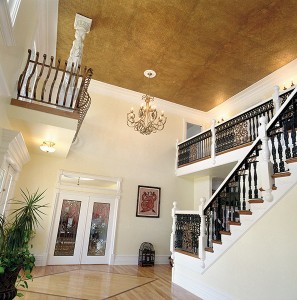 The front room of the Spanish Fork home is open to the second story. Nikki didn’t want ordinary spindles for her banister. “So Brandon came up with this original design with iron,” she says.The gold ceiling is created with wallpaper.The double glass doors open into a home office.The bedrooms are located on the second story.

Still on the “to-do” list: complete the backyard landscaping and finish the basement.

They are patient with each project because they want to complete it in their own non-cookie-cutter style.

Brandon’s background is in masonry, and he has worked as a foreman for major construction companies in the valley. 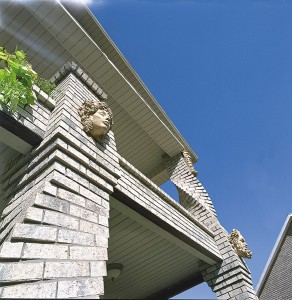 The family room is a mixture of everyday living and European design.The twisted columns carry the theme from the exterior of the home. The family enjoys entertaining in this room, which is open to their dining room and kitchen. 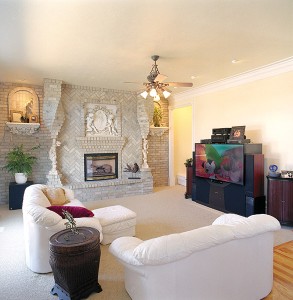 But now he is his own boss, with three separate corporations to his name.

Nikki’s background is in hair design, as she was a stylist at Scissors in Orem for eight years.

“But now my main focus is taking care of my kids and helping Brandon,” she says.

Brandon and Nikki recently purchased a second home in Arizona. The couple enjoys boating on Lake Powell and Lake Havasu with their two children — Tayme and Charm. 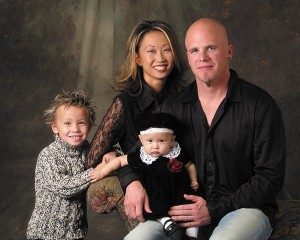 Brandon and Nikki Thomas have two children.Tayme is 3 and Charm is 8 months.The family feels that self expression is important, and their unique home displays their love for art, history and the unusual.

The couple, ages 30 and 28, will likely build several homes in their lifetimes, they say.

“Each home should reflect what you like at the time,” Nikki says. “When we build again, we’ll probably incorporate a Mediterranean style with a modern flair.”

The Thomases admire those who avoid the carbon copy style of many homes in Utah.

“People who create their own homes are courageous,” Nikki says. “We had no idea what a response we would get from people about our home.” 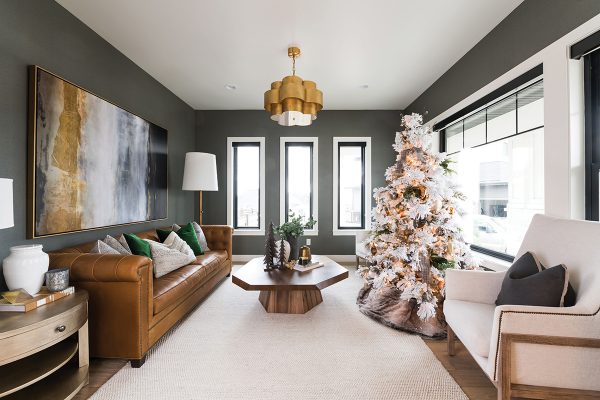 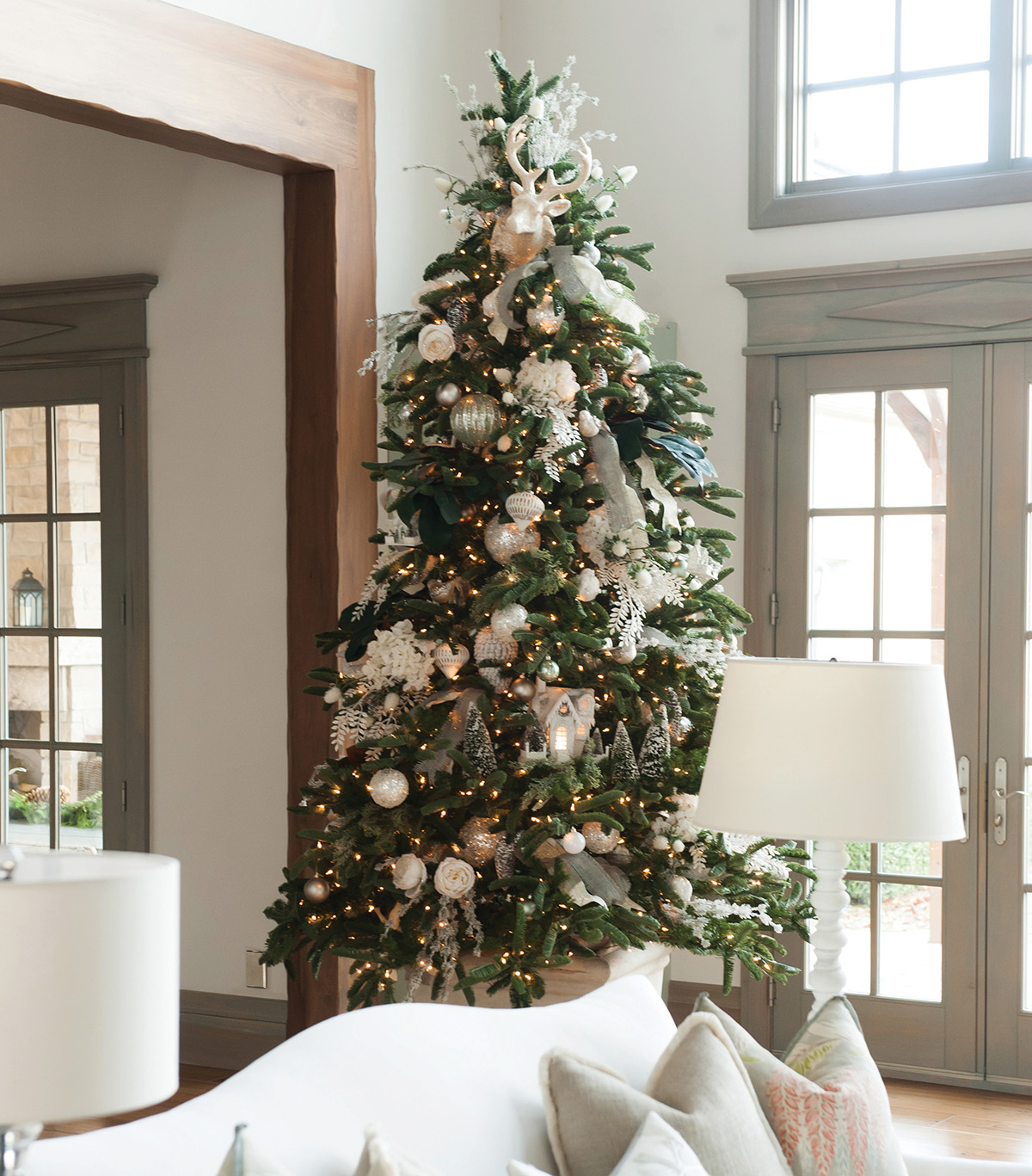 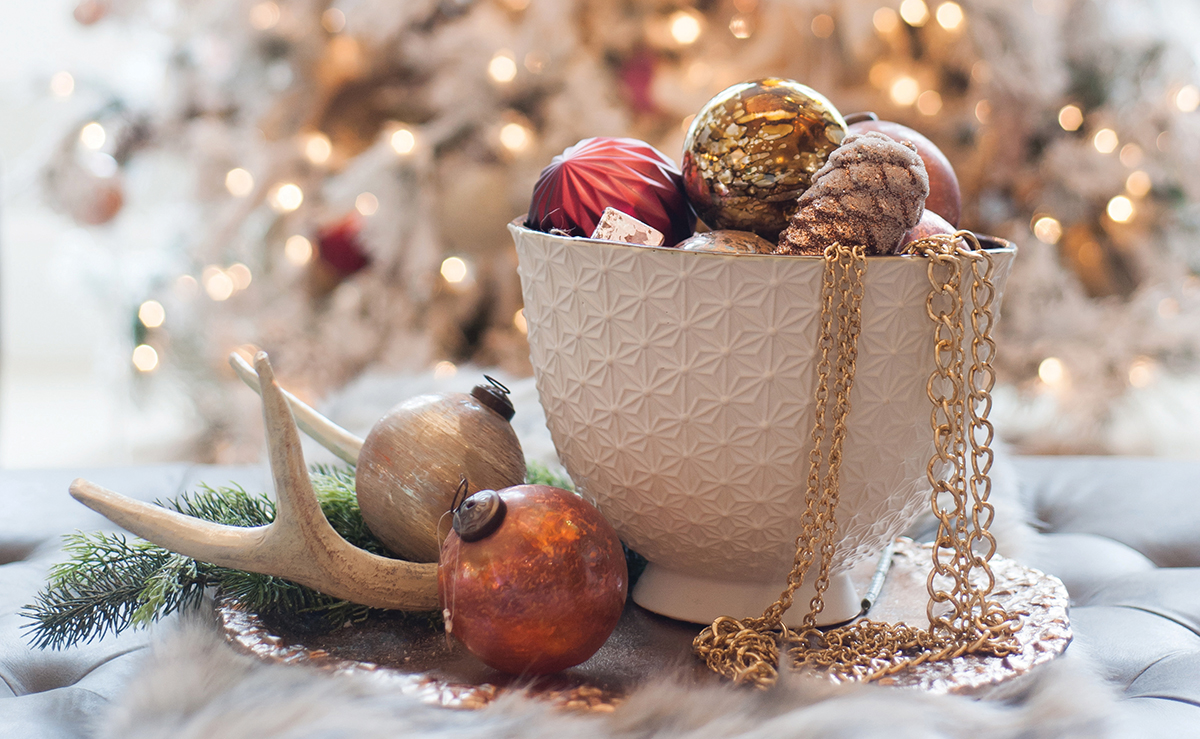