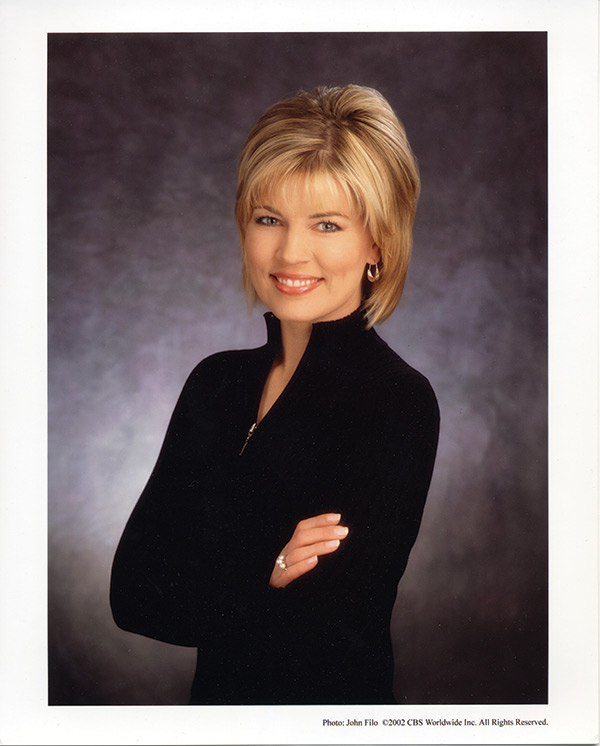 Utah Valley Magazine Editor Jeanette Bennett met with former ‘Early Show’ anchor Jane Clayson in Salt Lake City. Here is a portion of their conversation about careers, motherhood, and the time she spent at BYU.

Jane Clayson became famous as Bryant Gumbel’s co-host on “The Early Show” on CBS. In that position, she was the first to interview Martha Stewart after her questionable stock trades came to light. This became known as the “salad-chopping incident,” as Martha kept chopping lettuce with a large knife while Jane tried to get her to comment on the charges.

While Jane has traveled the world and captured the hearts of news viewers, she had already staked her claim in Utah. She was born in the Beehive State and returned to BYU to study music and then broadcast journalism. KSL hired her as a reporter and anchor, and Utahns have watched her on the nation’s networks ever since she left the Salt Lake station.

In February, she visited Utah to see family and speak about changing careers at an event sponsored by the Salt Lake Chamber of Commerce and the University of Phoenix. Jane recently hung up her broadcasting microphone and gave birth to her first child, Ella. Utah Valley Magazine editor Jeanette Bennett chatted with Jane about her past and her future — while Ella slept in a friend’s arms nearby.

Jeanette Bennett, Utah Valley Magazine: What has surprised you most about motherhood?

JANE: That my time is not my own. Everything I do is for my daughter. Sometimes my goal for the day is to water a plant or to take a shower. Little things mean so much.

UV: What does a typical day look like for you now?

JANE: There is no typical. Every day is a new adventure, but she is a pretty good sleeper, so that helps.

UV: What skills did you learn in your career that also apply to your new position as a mother?

JANE: That’s a good question. I’ve learned things I want to translate to my daughter. I want to teach her to have the confidence to listen to her soul — to what’s really in the depths of her soul — and then to act on it.

UV: How did you learn that lesson?

JANE: It took a long time, and it was hard to do. I had very powerful people telling me I was doing the wrong thing to get married, move to Boston and start a family. But I had to find the confidence to do what I really knew I should do.

UV: When did you decide that there was life for you beyond TV?

JANE: On Sept. 11, 2002, I anchored five hours of television with Dan Rather as we honored those who had lost their lives the previous year on 9/11. I had an epiphany at that time that life is so fragile, and life is so short. I knew that there was more to life than a job and a successful career.

UV: Are you happy with your new season?

JANE: Yes. I work just as hard or harder now. I’ve realized that although failure can be hard, success can lock you into something. And I had people tell me I was making the worst decision of my life to walk away from a network contract. But a friend of mine at KSL reminded me that I don’t want to look back at my life and just see a row of videotapes. There’s more to life. I still consider myself a journalist, and maybe in another season I’ll do more with my skills again.

UV: Is it hard for you to watch your fellow journalists cover stories that used to be on your assignment list?

JANE: Sometimes I turn on the television and see my old friends and think, “That could have been me.” But I don’t regret my decision. I want my career to fit into my life, and not try to fit a life into my busy career. Motherhood is filling me now, and I don’t know what might fill me in the next season of my life.

UV: What types of TV shows do you watch now?

JANE: Once a news junkie, always a news junkie. My poor husband! I always have to have the remote. I really only watch news shows.

UV: How was it to work with Dan Rather and Bryant Gumbel?

JANE: That’s usually the first question people ask me. I have great respect for Dan Rather. He is stepping down, but the responsibility for the mistakes made in the stories about President Bush should not rest solely on his shoulders. He was wonderful to me and showed me the ropes. He’s a Texas gentleman. Bryant has a reputation, and at first that scared me. When I first met him, I said, “What’s up with the BYU comments?” And he told me he got more mail concerning his comment about BYU playing Bo-Diddily-Tech than anything he’d ever said. He is a wonderful interviewer, and he has a high expectation for himself and everyone around him. He was good to me in many ways.

UV: How did your time at BYU prepare you for your career?

JANE: The communications department really prepares you for a professional career. It’s a wonderful department.

UV: Do you have a favorite BYU memory?

JANE: I just remember going out in a big white van that said “TV 10” on it, and we’d go out and get the story. It was a real resource to have what they provided us. But I’ll always remember that big white van.

UV: What is your favorite Utah hotspot?

JANE: I always eat at the Dodo when I’m in Utah. I have the turkey and swiss sandwich and the parmesan salad. I also love to visit my grandma in Provo when I’m here.

UV: What advice do you have for those selecting a career path?

JANE:Find something you love and follow it. When I came to BYU­, I was on a music scholarship, and I loved it. But then I found that I loved broadcast more. I love putting the pieces of a puzzle together. Everyone should do what they love. And sometimes that means stopping mid-stream and going in a new direction. You have to have the courage to let go of something safe and secure to go after your dreams. 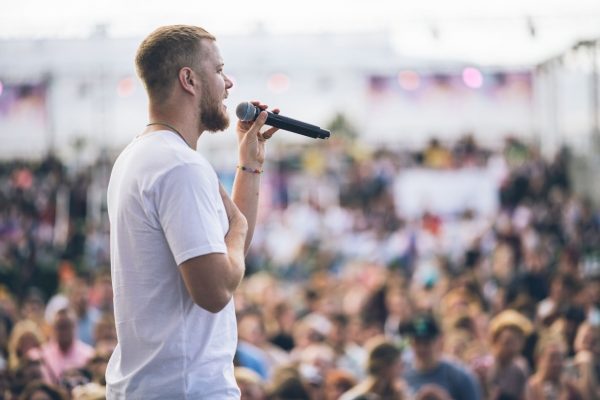 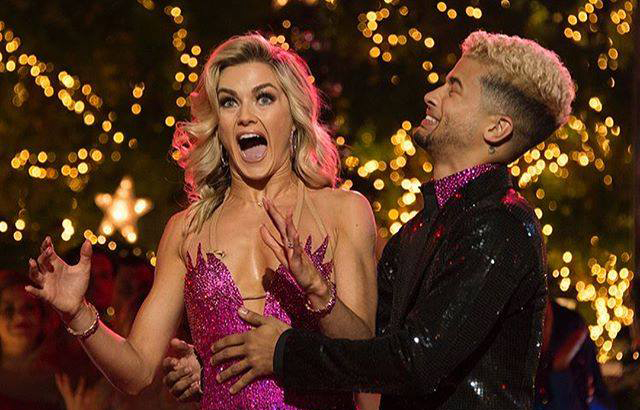 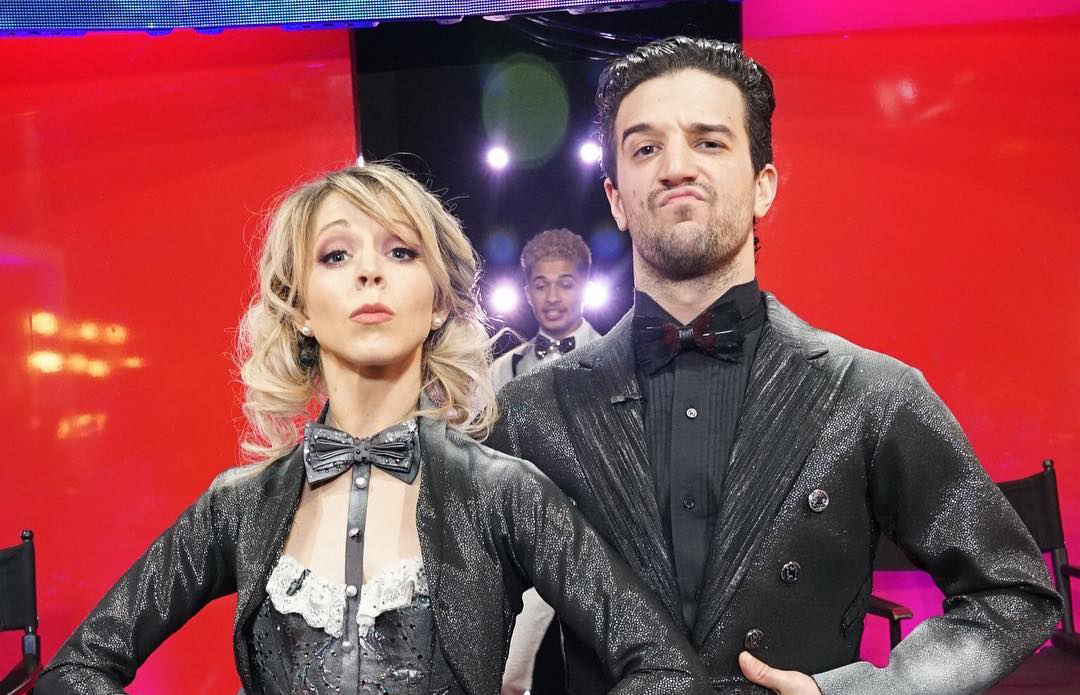