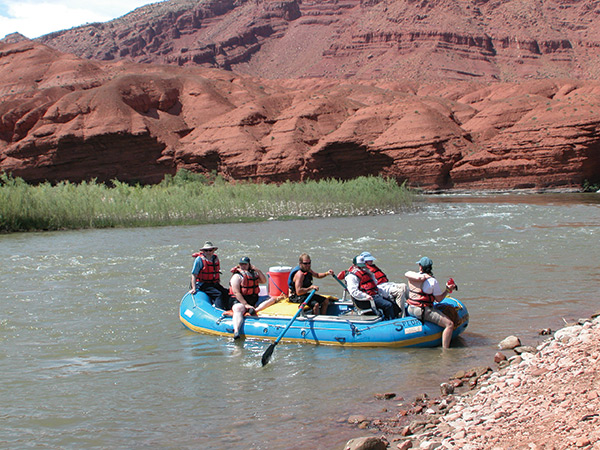 Picture this: six river rafts, five wheelchairs and eight water guns. Throw in a half dozen sawed-off lawn chairs and some wrinkles and you’ll have an idea of what rafting with a long-term care center looks like.

What it feels like, at least according to one resident, is “straight fun.”

“It was like we didn’t have any sense – none of us,” says Eileen Kusel, 84, a three-time river veteran.

Although they were a little older than the typical white-water crowd – with ages ranging from 65 to 94 – the passengers from Alpine Valley Care Center in Pleasant Grove had the same goals as other rafters: get wet, have fun.

Bend in the River

This year was the facility’s third trip down the Colorado River. Six adventurous residents from Alpine Valley signed up for this year’s excursion, and they were joined by three residents from a sister facility in Salt Lake City. The entourage also included nurses, corporate administrators and even a tag-along writer, who capped the group at 23.

Leaving the care center that Wednesday in July was a complicated task. There were medicines to pack and wheelchairs to tote. But by mid-afternoon, the group was on its way to Moab.

Driving four hours in the pounding sun can ruin even the best of moods, but there were only a few grumbles from residents.

“There is always some initial complaining, but by the time they’re done, they’re having a ball,” says Gary Kelso, president of Mission Health Services, the parent organization behind Alpine Valley Care Center.

Sure enough, the residents were all smiles the next morning after a night’s rest in Moab. Slathered in sunscreen and sporting hats for the ride, they calmly waited to be loaded on to the rafts.

Marshaling 23 people onto six rafts was no small feat. Securing lifejackets properly on each resident was a task itself, to say nothing of dragging wheelchairs through the sand and hoisting them on to the rafts.

It was hard work for the staff, but they considered it a labor of love.

“This trip is the highlight of the year for our residents,” says Bruce Allison, administrator of the Pleasant Grove facility. “We just want them to have a good time.”

Knowledgeable river guides from SPLORE – which stands for Special Populations Learning Outdoor Recreation and Education – also helped ensure resident safety. The nonprofit organization secured sawed-off lawn chairs upright in the raft and had cabana-style umbrellas overhead so the residents cruised down the river in style.

Another perk to using SPLORE was their pricing — a half-day river trip costs around $35 a person, so care centers like Alpine Valley can afford to go, Bruce says. Funds to cover the remainder of trip expenses – around $900 for hotel rooms, food and transportation – were raised in a garage sale hosted by the care center and its employees.

“The families see us do this and are really supportive,” Bruce says. “We also had a competition among staff to make the garage sale fun – who had the item that sold for the most, who had the tackiest item that actually sold.”

Floating down the river, the group looked like it may have came straight from that garage sale with the lawn chairs, bags and wheelchairs piled up on the rafts. But it was so hot, no one cared. The mercury soared to 107 degrees, and staff decided that the best way to prevent anyone from dehydration was over-hydration.

That’s when water guns and buckets came in handy. There wasn’t a dry T-shirt from start-to-finish on the eight-mile trip except on the designated “dry boat.”

Although the constant water fights helped keep temperatures down, they also brought out the personalities of the residents.

“I’m going to soak Bruce,” Ruth Smith says with a smile. “I’ve got a squirt gun.”

Looking back, Eileen was right. Class two rapids and care centers don’t traditionally mix. It probably was a little crazy. But that’s a large part of the reason Alpine Valley Care Center takes their residents on these types of trips.

“Most people think the fun ends when they enter a nursing facility,” says Bruce. “We don’t think that’s true. Activities are important. Life does go on; they can still do things they enjoy.”

To that end, Alpine Valley Care Center and other Mission Health Services facilities include plenty of activities like trips to Moab, Wendover and even Disneyland. They sell goods at farmers markets and garage sales to raise money for their adventures. 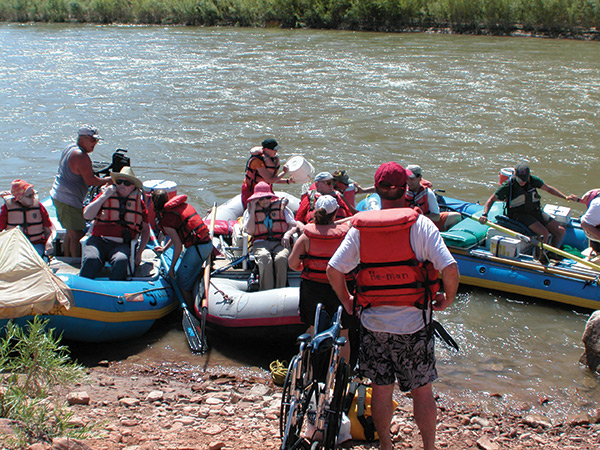 Here, the group unloads after the day trip with squirt guns and wheelchairs aplenty. 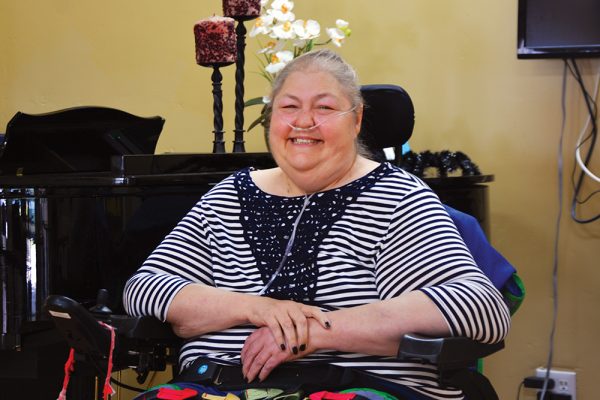 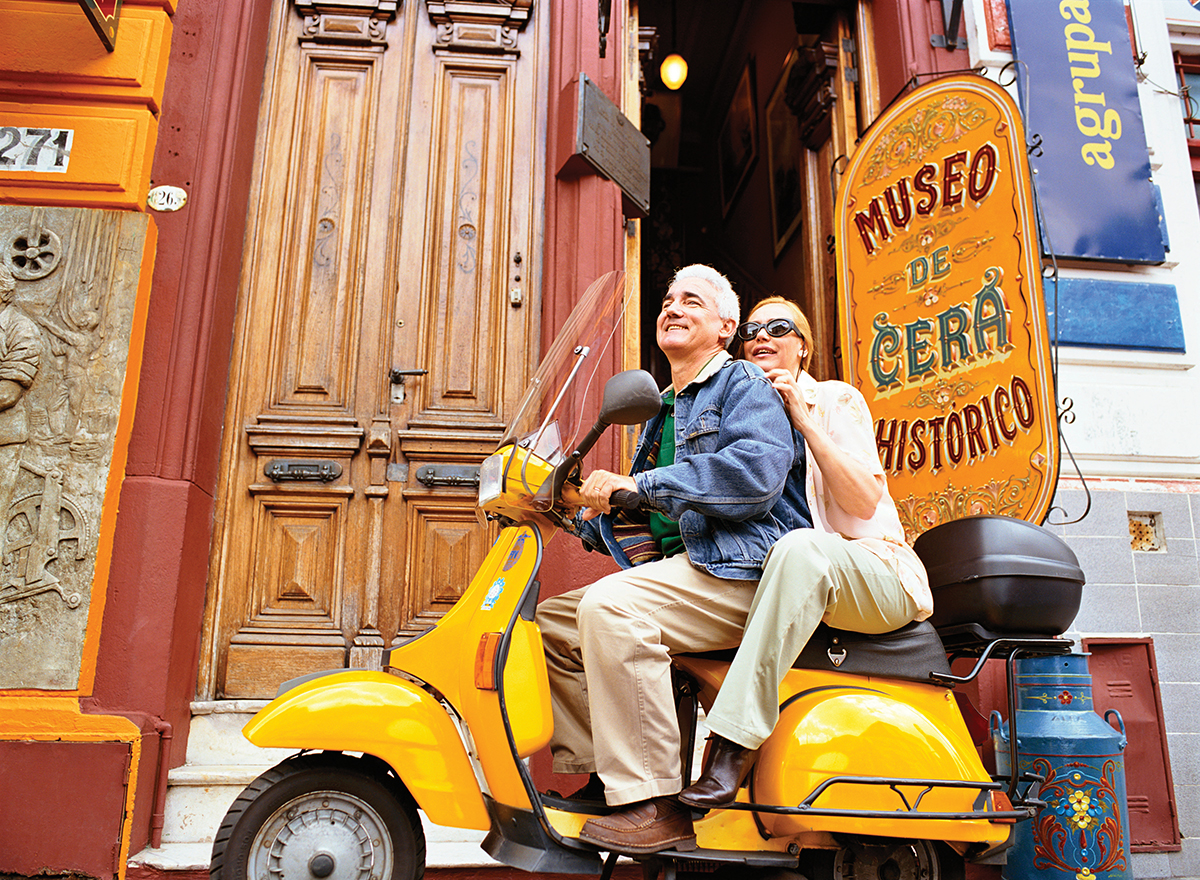