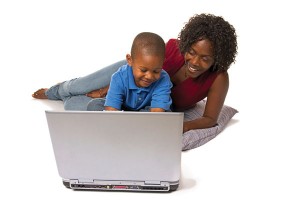 Supervising your kids while they’re online is the best filter available.

When a 3-year-old can navigate her way through NickJr.com, you know we live in a technology-saturated world. But not all Internet activities are as innocent as a preschooler’s virtual playground.
“If people are connected to the Internet, they have the potential of being exposed to objectionable content,” says Ralph Yarro, founder of CP80, a nonprofit organization in Orem working toward legislation for clean Internet channels. “It’s our plague, but it’s one we are forced to endure if we want to be connected to the Internet.”
Being “disconnected” proves difficult if you want to function and compete in today’s environment. Although society has become technology-dependent, being online should empower – not encroach – individuals.
“My hope is to change the way the Internet functions to better serve us,” Ralph says. “Technology evolves. There is no reason why we should plant our feet firmly in the ground and say, ‘The Internet is the way it is.’”
Here are three areas where you can pick up your feet (and virtual broom) to sweep Internet dangers out of your home.

Talk isn’t cheap
Kids will witness questionable material everywhere from the media to the playground, and the best way to combat confusion and curiosity is to be upfront.
“Parents need to sit down with their kids and talk about the dangers of the Internet,” Ralph says. “It’s no different than when we talk to them about the dangers of drugs.”
The discussion should detail the types of dangers they may encounter (from pornography to predators) and the best way to address them.
“You want them to be prepared, so don’t just talk about the details of what they may encounter,” Ralph says. “Talk about what to do when they come across it, which is to run and get an adult. You wouldn’t tell your kids to take a drug and examine it first, and the same is true with pornography.”
Ralph suggests having the discussions sooner than later since children are being exposed at an earlier age. He also says not to sugarcoat the problem, because these discussions could be a child’s best weapon.
“Training and teaching your kids – it has to start there,” Ralph says.

Put a filter on it
Parent-child communication may be the most effective form of protection, but there are additional measures parents can take to safeguard their kids.
The first is filter programs, although Ralph cautions an exclusive reliance on them.
“Filters may prevent the accidental exposure to porn, but they have created a false sense of security,” he says. “(Filters) will never stop a child who is looking for porn from finding it.”
Filters are an expense, and Ralph says there isn’t one standout program since none can provide a 100 percent guarantee. Still, if they end up preventing unintentional exposure, they’re worth having around.
In addition to filter programs, there are free devices parents can use. Google, for example, has a “Preferences” link where parents can select “SafeSearch Filtering” options. This will help exclude questionable material from search results – both image and otherwise.
“It’s not foolproof, but it’s free,” Ralph says. “And parents can start immediately.”
Another option is to inspect Web site history. However, many kids know how to clear their history, so don’t rely exclusively on this system. Plus, checking history might prove harmful to parents.
“Be very careful when you start clicking on history to see what your kids are looking at,” he says. “You may not be able to handle it. I’ve seen way too many adults get addicted to pornography when checking up on their kids.”

Take control
Once you’ve educated your kids and employed basic filters, the third step is to manually control Internet use in your home.
“The only filter that is going to work is the one we develop in our own minds,” Ralph says. “We know [pornography] is dangerous, addictive and problematic. We need to shut it out mentally and be able to train our kids to do the same.”
For his part, Ralph won’t let his children search the Internet without supervision.
“The best way to keep your children free from pornography is to log them on, sit with them and log them out. Putting the computer in an open space and walking away is a dangerous dance.”
Watching kids search the Web will prevent them from venturing into problematic areas, which is unfortunately something no child is immune to.
“There is not a coincidence that the 11- to 17-year-olds are the largest consumers of porn. They are not accidentally coming across it,” Ralph says. “As they grow older, hopefully you’ve established a mental filter. But for now, if they have to be online, be online with them.”

Get involved
After you’ve sanitized your home from the dangers of the Internet, you can start contemplating the problem on a wider scale.
“The thing that gets me so jazzed is why are we fighting porn in the walls of our own homes?” says Ralph Yarro, founder of Orem’s CP80. “That’s the last place our children should feel danger from temptation and attack. We have to remove it from our environment.”
Which is exactly the goal of CP80, a non-profit organization designed to manage Internet content by categorizing it into Internet channels – similar to what television does with stations like HBO and Playboy. There would be channels for general-public content and channels for adult content.
“As a father and husband, I agree with the idea that it would be nice to live in a world where (pornography) wasn’t legal,” Ralph says. “But with free speech that’s just not the case. So CP80 was born out of the concept of choice. We should be able to decide for ourselves what content comes into our home. And until that content is categorized, we won’t be able to have that choice.”
CP80 continually works on legislative efforts to put these regulations in place, but Ralph insists there is strength in numbers.
“I’m engaged in this fight against pornography,” he says. “And I truly believe that if parents get engaged, enraged and aggressive in saying ‘enough is enough,’ we can make a difference.”
For more information on how to get involved, visit www.cp80.org. 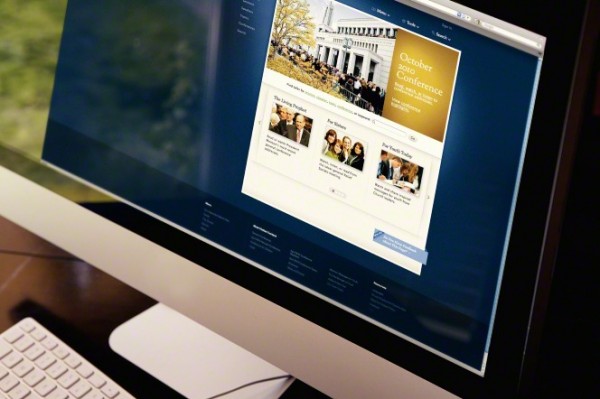 8 resources to help you #ShareGoodness

5 ways to spiritually charge your family for back to school