Utah Valley has spoken. In fact, it spoke 341 times — the largest response in the history of our “Best of Utah Valley” survey. The resounding result is that the best thing about Utah Valley is our engaging readers.

To celebrate your fantastic participation as well as 2007’s fun batch of results, we’ve taken a closer look at seven of the winners. Read about what motivates BYU President Samuelson, the staggering height of your favorite dessert and the potential danger of IKEA, which you named as your No. 1 wish-list store for the county.

Plus, go behind the voting lines with “Telling Tallies” in each category — they’ll give you a glimpse into the creative minds of the best readers around. 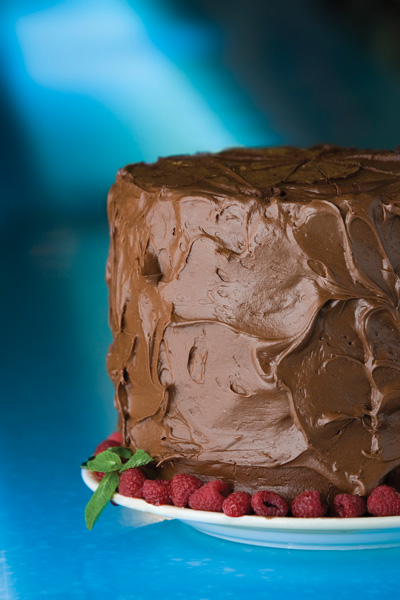 Bridal Veil Falls has a lot of practice saying “cheese.” 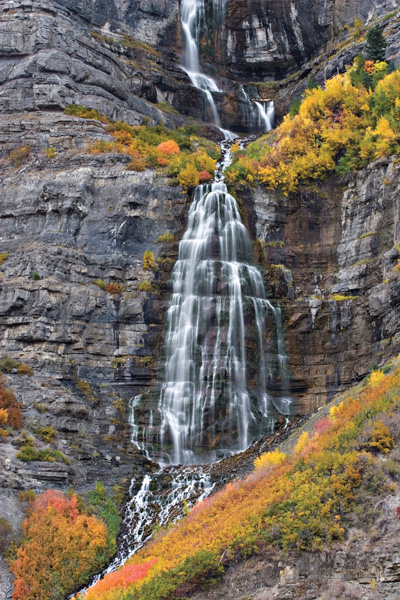 The picturesque waterfall, which splashes four miles up Provo Canyon, clicked with readers and easily won the “Best Photo Op” vote of approval. And it’s no surprise. The landmark beauty regularly struts in Utah-themed calendars and guidebooks, and a Google-image search produced 119 results, complete with drawings, snapshots and resident hiking memories. 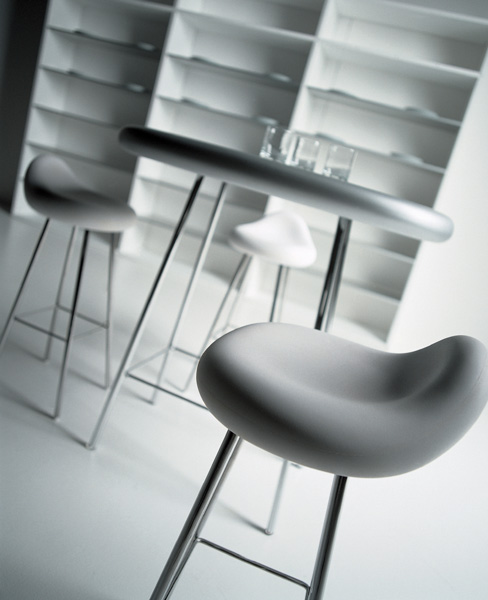 Approximately 350 employees will join the IKEA family when the Draper store opens. Can you say employee discount?

Behold the IKEA, the contemporary and oh-so-chic home-furnishing store Utah Valley is wishing for.

Well, good news. In spring 2007, IKEA comes to Utah, opening the doors of its Draper location to number nearly 250 stores in 34 countries worldwide.

While singing its praises, beware the impact such an anticipated opening will have on the community. From Emeryville, Calif., to Stoughton, Mass., the opening of IKEAs has brought traffic to an absolute standstill – or worse. In Saudi Arabia, three people were crushed to death when IKEA offered a limited number of free $150 vouchers.

Maybe it’s best to let Draper keep it for now. “Post-hee-haw-funk-a-delic-hip-hop-new-grass” is how these local stars describe their hit music. Two of the five band members are Utah imports, while three are homegrown (Orem, Spanish Fork and Ogden).

Winning the “Best Local Talent” in Utah Valley could be enough to say Ryan Shupe & the RubberBand have “made it.”

But they also landed a record deal with Capitol Records in 2005, made it to No. 13 on Billboard’s Hot Country Chart, opened for the likes of Trisha Yearwood and Trace Adkins, and have had numerous TV appearances on everything from sitcoms to CMT.

But while success may have found them, the bluegrass group still holds its homegrown fan base dear.

“We feel so lucky to have so much support from our fans in Utah Valley,” says Bart Olson, drummer. “We consider you family. It gets hard out on the road, so it means a lot to know that we always have a home to come back to.”

“There’s always a good vibe there, always a great crowd,” Bart says. “It’s like a big campout with our fans. We love that.” 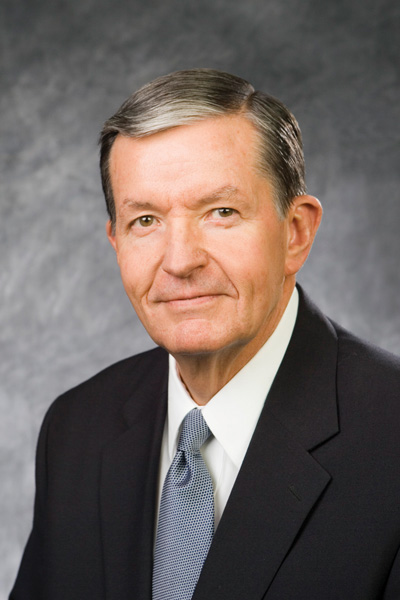 BYU President Cecil O. Samuelson says his strong influence is more a reflection of his esteemed position. Regardless, it’s a position he doesn’t take lightly. “I understood from the very beginning that I need to do all that I can to be a good example,” he says.

What influences the influential? Find out what BYU President Cecil O. Samuelson had to say about his heroes, his favorite phrase and his decisive win as a “best of” in the valley.

Most pivotal decision as a young adult: “To convince Sharon to marry me.”

Influence means: “The opportunity and responsibility to make the sphere in which I work and live a little better than it might otherwise have been.”

Motivating factors: “Many things. Among them is my gratitude for the blessings of living in this part of the world at this particular time as the result of the sacrifices of so many whom have gone ahead. I’m intrigued with the blessing of having opportunities to make a difference. I’m thrilled to have had the privilege of a personally fulfilling career in medicine, education and church service. I am grateful for the examples of those who have accomplished so much more than I have with so much less. I’m very appreciative that I understand the mission and aims of BYU and wholeheartedly can strive to help this university become the best it can be. I find all of these insights to be highly motivating.”

Favorite phrase: “When I face difficult decisions or situations (and they seem to come along frequently), I am reminded of the words of (LDS Church) President David O. McKay who said, “It is better to be trusted than to be loved.” I also quite often find myself thinking or repeating the words of Anatole France: “If 50 million people say a foolish thing, it’s still a foolish thing.”

Favorite sound: “The garage door coming down when I have finally arrived home for the last time in the evening. I love being home, even when it doesn’t seem to happen very often!”

Advice to 18-year-old self: “Listen a little more carefully, treat people a little more thoughtfully, be a little more grateful for life’s wonderful blessings and look carefully for opportunities that exceed even your wildest dreams because they are there for everyone.”

Reaction to being awarded “Most Influential Person in Utah Valley”: “Demand a recount! I am fully aware that the recognition as an ‘influential person,’ in my case, is really much more a reflection of the high regard in which Brigham Young University and its sponsoring church are held, rather than because of anything I have done or am personally.” 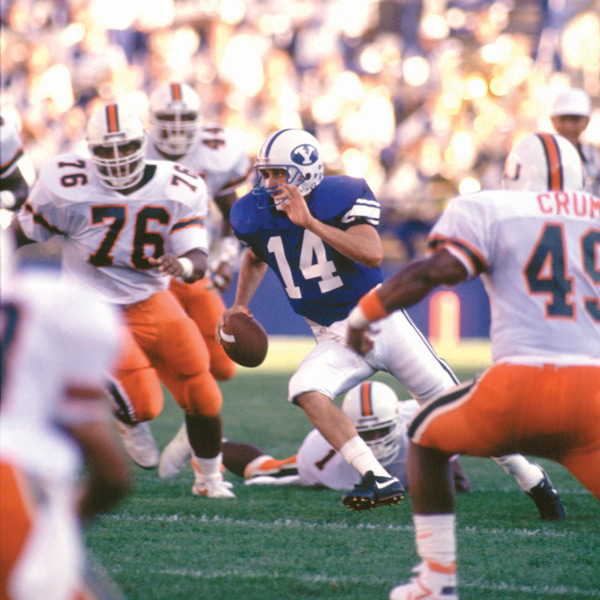 It’s been nearly 16 years since Ty Detmer took the field as a BYU Cougar, but he still holds the school’s records for “Most Interceptions Thrown” and “Most Sacks.”

At home, before a record-breaking crowd of 66,235 fans, it marked the first Cougar win over a No. 1 team – and for Detmer, it was a premonition of things to come.

That year, he would become the first and only BYU Heisman Trophy winner, setting the NCAA record as a junior for the most passing yards in a season (5,188).

In that game, Detmer scrambled back to watch two defenders collide before finding Mike Salido in the end zone, giving the Cougars a 28-21 lead. The Cougar defense then held Miami scoreless in the final 26:48 minutes of play. 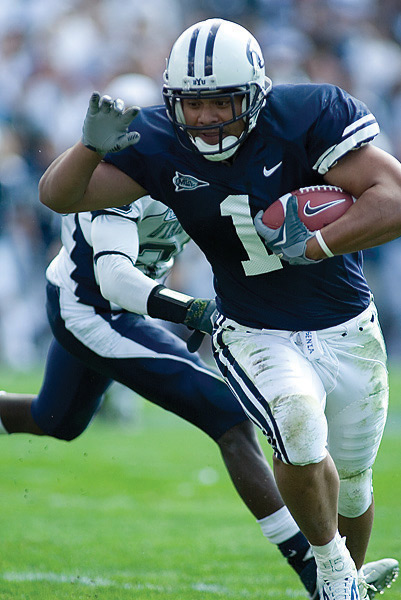 The final quarter didn’t lack excitement, either. Amidst BYU and Miami fumbles, the Cougars held strong with a recovery from Alema Fitisemanu and an interception from Ervin Lee. In three separate attempts, Miami’s offense drove to the BYU 15, the BYU 13 and the BYU 25 before an incomplete pass – with just two minutes remaining – gave the No. 14 Cougars the clock, the victory and an unforgettable moment in BYU sports. 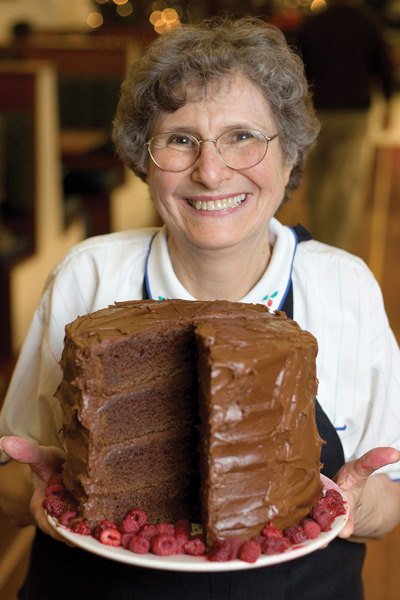 Lenora Magleby proudly holds her decadent creation, though in between photos she had to set it down. The four-layer, 12-inch-high cake is a ‘heavy’ favorite.

Magleby’s Chocolate Tower Cake – as it is formally known – stands a foot high, and each decadent bite is fudge-like, garnished with fresh raspberries and vanilla ice cream.

It’s been voted Utah Valley’s favorite dessert, but Lenora, who is owner Doc Magleby’s wife, takes the news with a coy smirk.

“You have to include the name of my friend, Myrle Roundy,” 72-year-old Lenora says, as she dons a bright red apron and black baker’s hat. “It’s her recipe.”

Truth is the recipe was a mere foundation to years of experience, trial and error. Originally concocted in 1981 as a muffin recipe, it called for cream cheese and all-too-often stuck to the pan. So Lenora adapted.

“Now I’m thinking of going back and getting the cream cheese in there somehow,” she says – though the cake is moist enough already. To be cut, it must be partially frozen or it collapses under the knife.

What’s more, it’s made from scratch – real butter, real cocoa. No big quantities or mixers either.

“We do it with a whisk,” Lenora says. “If I make seven cakes, I use seven different bowls, seven batches. Idiosyncrasies, I guess.”

And while the winning dessert may keep Magleby’s ovens going, it doesn’t take the cake for Lenora. She recommends the apple pie. When Lenora first came to Provo as a BYU student, she couldn’t even make bread. She now authors all of Magleby’s desserts but still doesn’t consider herself a professional – just a mother, grandmother and great-grandmother who likes to cook. “Everybody knows my husband, Doc,” she says. “I’m the old lady back in the kitchen.”

BOTTOM OF THE BARREL

It was a tough decision to include “eyesore artwork” on our glossy pages. But after earning 86 votes, Geneva Steel earned its chance to sit pretty. (Figuratively speaking, of course.)

Geneva Steel may not be attractive, but its history runs pretty deep. Here’s the 100-word (and sometimes unsightly) version:

The $200-million plant was developed during World War II and was financed by the federal government to meet increased steel demands. Utah’s significant distance from the West Coast was ideal in the event of Japanese attacks, and the Vineyard location was chosen because of its accessibility to raw materials, railroads and workforces.

During its near 60 years of operation, Geneva Steel provided thousands of jobs and attracted ancillary businesses to the area. But after increasing costs, battles with bankruptcy and transfers in ownership, the plant eventually shut down in 2002. Its main furnaces and smokestacks were demolished in 2005, and there are a variety of plans (post environmental cleanups) for the now vacant land.

Throughout this loaded history, Utah Valley residents have called Geneva Steel many things: icon, monstrosity, a bad decision (note the No. 2 winner of the “Worst Decision” category). So while this eyesore may not be a candidate for “Best Photo Op,” its picture is still worth 1,000 words.