Home Sports High School Where are they Now?

Where are they Now?

Ten years ago we featured the first batch of high school students who would change the world. We caught up with eight of them to see what changes they’ve made so far. 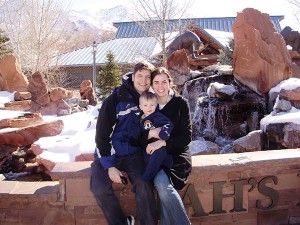 What has your life been like since high school?

My life felt very predictable until after my mission. When I came home, however, I had a career crisis where I began to doubt that being a full-time programmer would be what I wanted to do with the rest of my life. Since that point the only predictable part has been that my work has always centered around technology and computers.

what advice would you give your 18-year-old self? These 10 years have taught me that real happiness comes from loving others. It was easy in high school to focus on getting into college and winning scholarships. I wish I would have focused more on helping my friends and working as a team. My most cherished joys — missionary service, marriage and parenting — have all come as I’ve focused on loving other people. 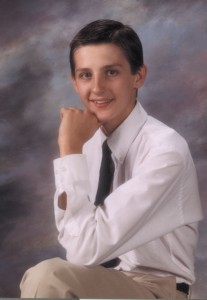 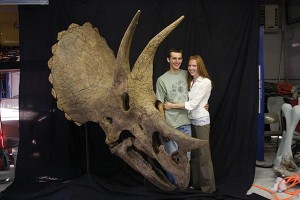 After serving a mission for the LDS Church, I worked at Paleoforms (a company similar to what I do now). I also had the opportunity to work in multiple dinosaur quarries throughout the West. Specimens I’ve worked on have been exhibited in Mexico, Canada, Abu Dhabi, the American Museum of Natural History and the Carnegie Museum of Natural History. The best part is I still find time to go fossil hunting throughout Utah and Wyoming in search for trilobites, fossil leaves, ammonites and all manner of prehistoric life.

What are some unexpected happenings? Starting my own business was unexpected. On a humorous note, while fossil hunting in southern Argentina I found a human skeleton, not something I expected to find on any of my digs. 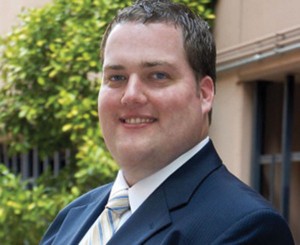 What are you doing in your life now? I work as a management intern/research assistant for the Alliance for Innovation where I provide analytic support to member governments and research innovative practices for local governments. I look forward to graduating in May 2012 and beginning my career in local government management.

What have you done that was predictable since high school? I graduated with a bachelor’s degree in international relations from BYU, interned with Sen. Orrin Hatch and started my master’s degree.

What are some unexpected happenings? I spent two years living in Tennessee and Kentucky, and I am now living in Arizona.

What advice would you give your 18-year-old self? Don’t be afraid to take risks. 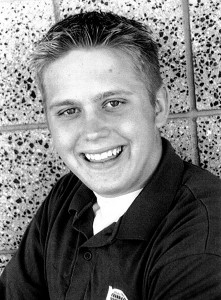 Since high school, life has seemed like one beautiful unexpected happening after another. If you would have told me when I was 18 that I was going to study social work in college, get a chance to work with so many wonderful people in a variety of community-based programs, go to Africa to help families impacted with HIV/AIDS, be a co-author of a scholarly article, present at a national conference, go to one of the top clinical social work graduate programs in the country, move to New York City, meet the love of my life there, and end up doing exactly what I love — helping people — I probably would have had a hard time believing you.

The beauty of my life has been the unexpected. Sure, I’ve had hopes and goals, but life has turned out so much better than I could have ever planned. 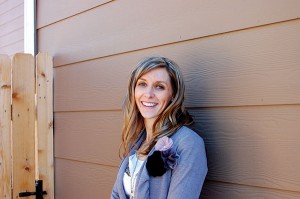 What does your life entail now? I am focusing on being a mother. I stay at home with my kids and take care of the home. I do some accounting work from home. My hobbies include running and exercise, photography and crafts, and chasing my kids.

What are some unexpected happenings? Since graduating from college, I have lived in Washington and Colorado. I never would have guessed I would move away from Utah. However, with each move, I learned a lot about myself and what I am able to do.

What advice would you give your 18-year-old self? Look outside the box. Set goals and work hard to achieve them, but don’t be afraid when bigger and different things enter your path. It’s OK to do things that don’t fit perfectly into your plan. Be willing to challenge yourself. Tell yourself, “I can do hard things” (and then actually do them). What does your life entail now? I spend most of my time doing day-to-day management of artists like Janet Jackson, Ciara and En Vogue. I also manage up-and-coming artists The Cab, Jason Diaz and Jenn Grinels.

What have you done that was predictable? I got married and have a kid on the way.

What are some unexpected happenings? I found an amazing church in Hollywood to attend and serve at. It’s called Ecclesia. Three years ago, I decided to join a team that serves HIV/AIDS children (orphans) in the slums of Kibera, Kenya. I have been twice now and would be going again this year if I wasn’t having a child of my own.

What advice would you give your 18-year-old self? Hold on tight, kid. You are about to have an amazing adventure! It only gets better from here. God is with you, and he cares more about your character than your career. 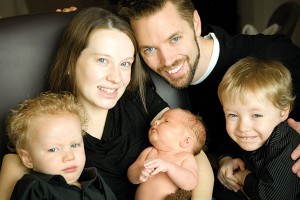 I’ve known since high school that my main priority would be my future family. Becoming a wife and a mother and succeeding in those two roles was always what meant the most to me.

I also knew I would not be happy without a good education that would assist me in being a good mother to my children and that would help me continue to feel like I made a difference in my community by serving people through my job. 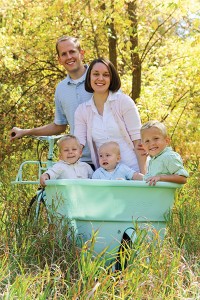 2011 status Doctoral candidate in instructional psychology and technology at BYU

Since graduating in 2001, what parts of your journey have been predictable?

After a year of college at BYU I served a mission to California. Shortly after my return I met my wife, Erin, and worked at the Missionary Training Center as a teacher and as an instructional designer. After doing a year of seminary student teaching and finishing a bachelor’s degree in history at BYU, I went straight into graduate school at BYU.

What are some unexpected happenings?

After my mission I had aspirations of becoming a seminary teacher.

After a year of student teaching I was recommended for hire but was not hired due to the low number of open positions that year. That threw a kink in my plans. But I’m glad that it happened. I have felt that the things I am doing now have been just what I need to be doing.

18 High School Students Who Will Change The World Previous post 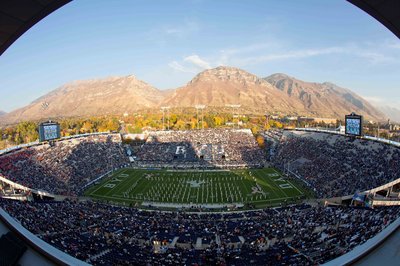