Women are the world’s best multi-taskers. They can do five different things at once. And they can play five different roles on any particular day, from mother to daughter to sister to friend to wife.

So it’s fitting that our annual women’s feature is coming at you in groups of five.

So take five minutes (or five times five) to read the following 14 pages and celebrate all things woman. 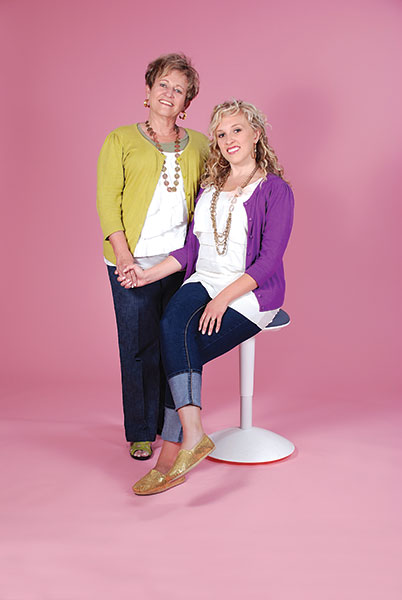 Susan Boothe SPANISH FORK
“Annalece is tireless when it comes to doing good things for other people,”
Susan says.
Annalece Misiego PROVO
“My mom has the most resilient spirit,” Annalece says.

Sometimes ‘turning into your mother’ is the best thing that could happen to you. These five mother-daughter duos show that admiration doesn’t skip a generation.

Susan Boothe and Annalece Misiego are two of a kind. Susan has worked in the local education system for more than 37 years and is currently an administrator at the Legacy School for young mothers in Springville.

Susan’s daughter Annalece is an educator as well. She teaches music, dance and theater and is going back to school to get her elementary education degree.

This dynamic duo’s bond has become even stronger in the past few years, as Susan has battled breast cancer.

“My mom is always so concerned about how everyone else is doing,” Annalece says. “When I would come visit her in the hospital she was always saying, ‘Are you comfortable in that chair?’ or ‘What do you need?’”

One of the only differences between this mother-daughter pair is their preferences for Diet Coke.

“I like mine with a lime and she likes hers with a lemon,” Annalece says. 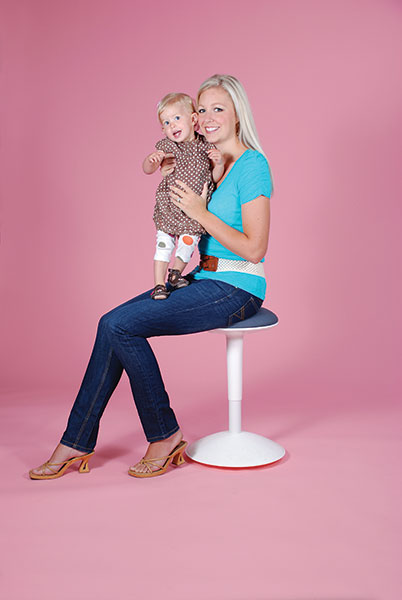 Mandi & Deja Nuttall PLEASANT GROVE
“When you have a daughter and you realize she mimics everything you do, you start to think more carefully about the example you are setting for her,” Mandi says.

When Mandi Nuttall looks at her 18-month-old daughter, Deja, she sees beauty. And she hopes she can teach her daughter to always feel beautiful in her own skin.

Mandi helps women of all ages and backgrounds subscribe to this philosophy through her “My Beauty Campaign” photography project.

“My goal is for every woman to have a beautiful photo of herself to give to her kids or husband, but most importantly, for her to look at and see her true beauty,” Mandi says.

Before Mandi photographs her participants, they complete a self-analysis packet, and she leads them through an individualized “beauty transformation” process.

“Every session is so rewarding,” Mandi says. “I love it when these women tell me they feel beautiful and they actually believe it.”

Mandy has many other photographers involved in the project and she hopes to expand its reach. Visit mybeautycampaign.com for more details. 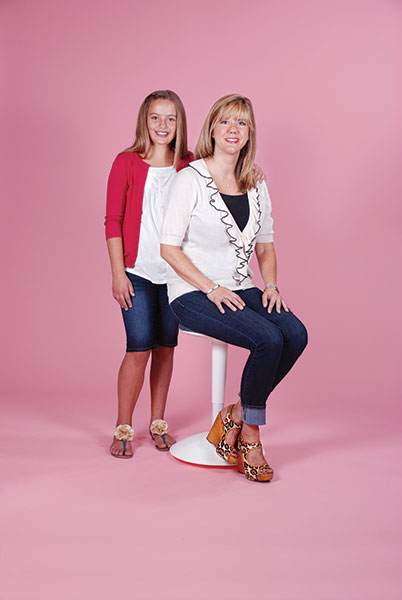 Grace Powelson PROVO
“I love it when Mom is silly,” Grace says. “Her spontaneous Justin Bieber renditions in the car are my favorite.”
Lisa Powelson PROVO
“Grace is so friendly and outgoing. She can make friends with anyone,” Lisa says. “And she has a fabulous laugh.”

You would never know by looking at this happy-go-lucky 10-year-old, but Grace Powelson has already had a lifetime of experience. Grace was born with several birth defects and underwent two open heart surgeries and suffered a stroke before she was 3 years old.

“She has really taught me that life is a gift,” Lisa says. “She has always faced life with courage and determination in the face of adversity.”

In addition to her role as mom, Lisa is the managing director of Avenia Bridal in Orem. She is always seeking quality time with her three daughters and her son, including dinner and bedtime rituals. Lisa also brings Grace to the store where she dances in the mirrors.

“Being a working mother is hard, and I am grateful to Grace and to all my children for their patience with me in so many ways,” Lisa says. 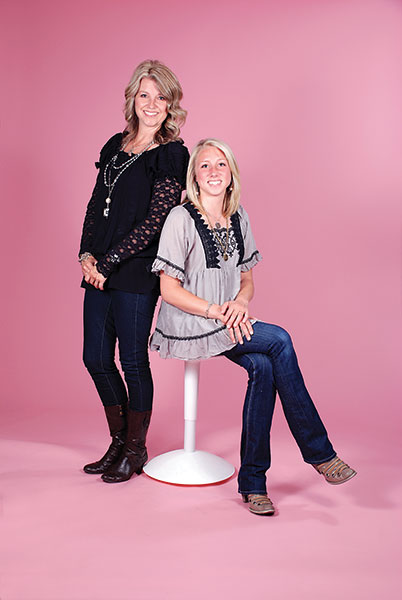 Janet Kinkade ALPINE
“Rio has such an amazing work ethic,” Janet says. “She is so on top of things, and I really admire her passion and enthusiasm.”
Rio Kinkade ALPINE
“My mom is very true to herself,” Rio says. “And as her business has grown I’ve seen her learn to put herself out there when she needs to.”

Janet and her daughter speak the same language. They can communicate a thought with just a simple look. This connection comes in handy as they work together in Janet’s jewelry business, JewelKade. The company produces handmade charms, necklaces, bracelets, rings and accessories sold through direct sales home parties.

Rio is the graphic design whiz, and she brings Janet’s artistic ideas to life on the computer.

“I love working with my daughter. I like that we can be honest when we are bouncing ideas off of each other,” Janet says. “And we have very similar tastes — my style is the more traditional version and her style is the younger version.” 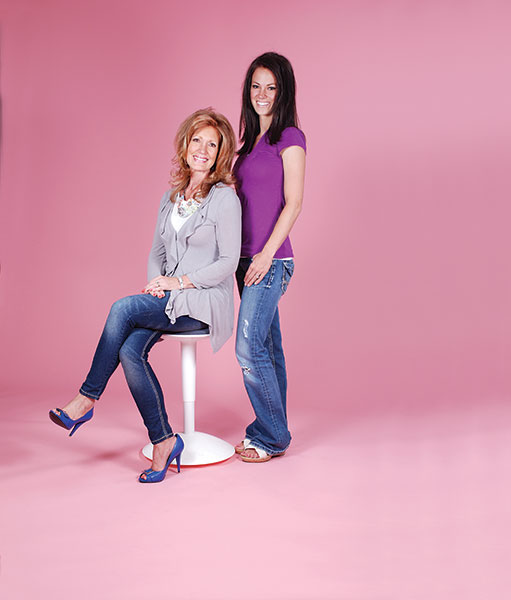 Janet Healey PROVO
“Sheradon has the purest heart and the greatest listening ears,” Janet says. “She is my best friend.”
Sheradon Orton PROVO
“Now that I am a mom myself, I realize how much my mom did and I’m amazed,” Sheradon says.

Janet Healey and her daughter Sheradon bond over everything from motherhood to fashion — but especially sewing. Janet has taught private sewing lessons out of her home for more than 15 years.

Janet’s mother taught her to sew, and she passed along the skill to the next generation as she taught her own daughters to sew. Sheradon sewed her own prom dress and now sews for her two sons.

“It’s a dying art, and I love being able to bring it back to families where it has skipped a generation,” Janet says.

Sheradon and Janet are both service oriented, but they go about it in different ways.

Janet is a great organizer and leader while Sheradon’s strong suit is connecting with others one on one.

“Sheradon is so aware of those around her, and she senses how they are feeling,” Janet says. “She is the first person to call and say ‘Are you doing OK?’ She has such a strong sense of empathy.” 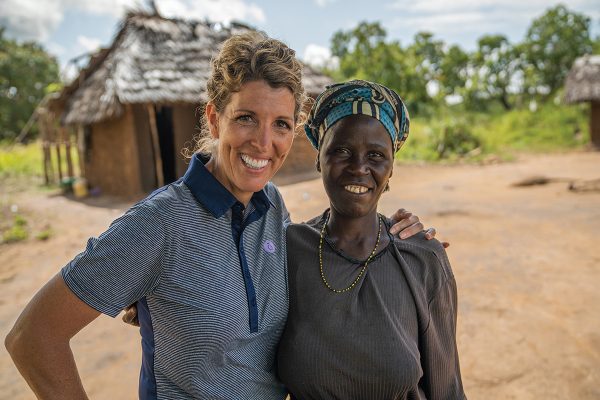