Roughly 85 percent of Utah Valley residents are both white and members of The Church of Jesus Christ of Latter-day Saints. The stereotype is that if you live in the Provo area, you must be a member of the predominant religion and ethnicity. But what if assumptions are wrong and feelings are at stake? What if you stand out when you are trying to fit in?

Meet a handful of our neighbors in Utah County who add diversity to the pie chart. Find out how it feels to be stared at, to be asked which ward you’re in when you don’t know what that means, and what we can do to ensure “happy valley” is an accurate description for every race and religion. Let’s go face to face. 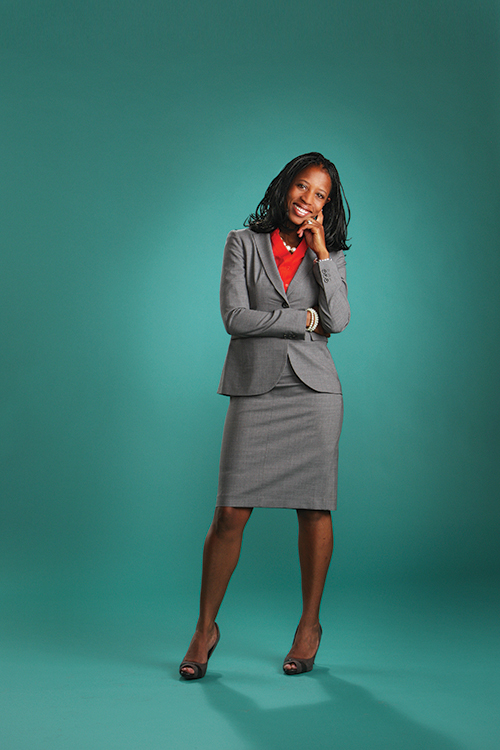 occupation mayor of Saratoga Springs; Republican Party 2012 nominee in Utah’s 4th Congressional District
age 36
[pullquote]“We need to take a stand and not allow anyone or anything to divide us — along racial lines or anything else.”[/pullquote]

What do you say to your children about being racial minorities? I teach them they should not walk around as victims. They can change their own behavior, but they can’t change other people’s behavior.

Have you had experiences in Utah County where people have been insensitive? I have never experienced anything that made me feel like I wasn’t at home.

What advice do you have for making Utah Valley a more welcome place for all people? Make sure you are judging people by their character and not by their gender or their race. I would ask everyone to treat people and to talk to people equally. My philosophy is that it’s about equal opportunities — not equal outcomes.

Do you feel like your race is a prominent part of who you are? Every citizen in this country is first and foremost a wife and mother, sister, brother, child or grandchild. We are all Americans. We need to take a stand and not allow anyone or anything to divide us — along racial lines or anything else. 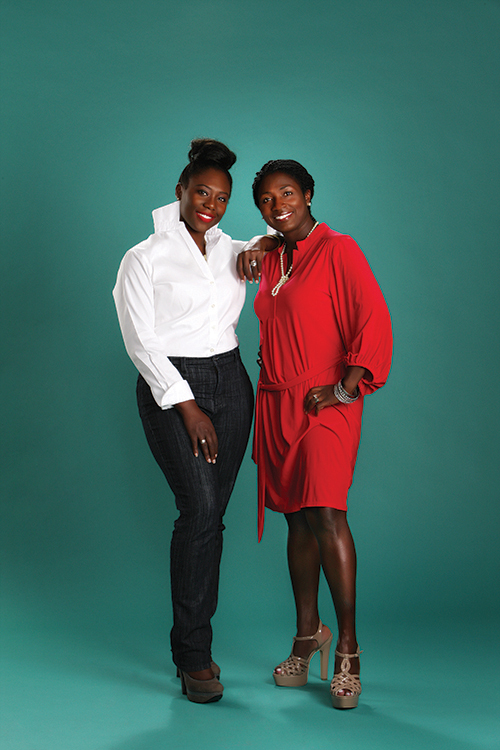 Is Utah a friendly place for minorities? I get irritated when people have negative things to say about Utah because I’ve had mostly good experiences. I act and sing, and I have had plenty of opportunities to do that because I’m black. So there’s a positive side. However, I do have black friends who tell me I’ve had a better experience in Utah because I am LDS. But on the flip side, it’s harder for me if an LDS person treats me poorly because I know the tenets of the faith and expect more of them.

What are some insensitive things you have experienced? When I was turning 16, some of the moms would say, “Poor girl! You aren’t going to have anybody to date” — which told me they didn’t want me dating their white sons. I did date, but a lot of boys just wanted the experience of dating a black girl — they wouldn’t have considered marrying me. At EFY, boys would say, “I’ve never danced with a black girl before.” And people always ask where I’m from and what language I speak. I was born in Provo! When I was in high school, I worked at ZCMI. A little boy came up and said, “When I go outside and play, I’m your color — but then my mom gives me a bath.” I bent down and showed him my dark skin doesn’t wash off. I find these types of conversations with children amusing, but I also see it as an opportunity to give a child an experience so they are a more sensitive adult. Lastly, I don’t like it when people come up and touch my hair without asking. Would they do that to a Caucasian? I’m not touchy-feely, and I find that to be an invasion of my personal space.

Tamu, what do you love about living here? I love that I can walk to church — and yet I’m still late! (laughs) I love sharing a belief system with my neighbors.

Has Utah Valley been kind to you? I can tolerate strange questions from kids, but when an adult asks me if I’m black all over? That is crazy. People say things to me like, “Thank you for coming to our temple.” Nobody ever says that to my white husband or to anyone else walking out the door. You have to laugh to keep from crying sometimes. Someone asked me, “Are you a model in your country?” I just said yes. “What country are you from?” I said “America” and walked off. My husband said, “Why did you say that?” I don’t know.

How does it feel when you are treated differently? When hurtful things happen here, it’s never from a place of hate. It comes from a place of ignorance. But they try to right the wrong and extend themselves in a way of friendship even if they don’t apologize. People here have good hearts.

How often do you get approached by interested strangers? Probably 80 percent of the time when I go out to the grocery store, I get attention. They want to know where I’m from. It’s never meant to be offensive — and if it is meant to be offensive, my goal is to disappoint them. More often, I find things comical — and I will talk about it on Facebook.

What is a sensitive way to approach you? Always start with a hello and a smile. Find a commonality such as, “I like your necklace. Where did you get that?” Don’t start with, “Where are you from?” When I say “California,” they don’t know where to go from there. They want to talk about Africa, but I don’t know anything about Africa.

What is it like to raise bi-racial kids in Utah Valley? Sometimes I think about leaving Utah, but I fear for my children. How do I teach them that the way they get along with white people in Utah is unique? Utah has a reputation for not having a lot of diversity, but Utah does accept its own — minorities included. Utah understands my craziness. Nobody in my neighborhood is going to allow someone to attack me.

What can we do to foster a healthier Utah Valley? If we can have dialogue on smaller issues, the bigger issues won’t happen. For everybody to be comfortable here, people might have to be uncomfortable at first as we open up communication. Knowledge is just one part of being learned. 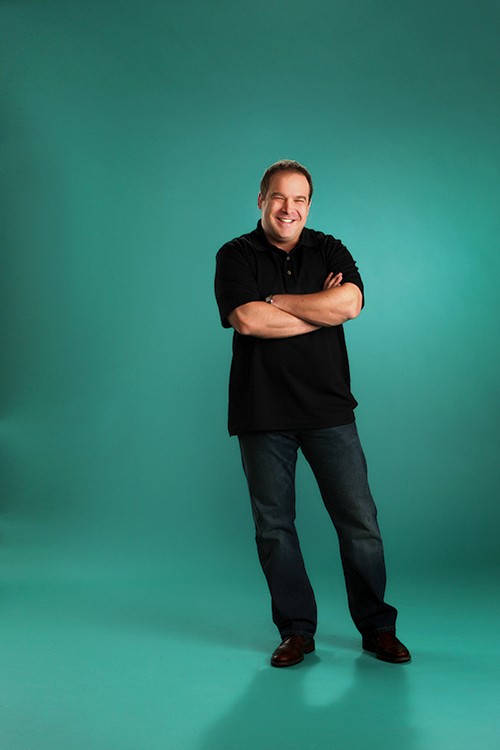 Why do you choose to live in Utah Valley? My wife has 50+ relatives within 100 miles of Provo. Her great-great-grandmother, Aurelia Spencer Rogers, crossed the plains. I love this valley and the state. I’ve never experienced family as community before, and it is powerful and fulfilling. We also appreciate people attempting to follow a moral code that is deteriorating in other parts of the country.

Have people been accepting of your beliefs? Yes. Director Craig Merrill spoke to the incoming Executive MBA students and pointed out that not all in the room are LDS. He said that while the university uses scripture in class, if there are words that don’t work for us, “pick words that will.” For me as a Jew, I might substitute “God” for “Jesus Christ.” I was recognized as part of the class and my religious differences were accepted. That meant a lot.

Describe the interaction in your neighborhood. I was shocked when the LDS ward helped us move in three years ago when we arrived from Los Angeles. My wife and I enjoy being included in the neighborhood preparedness initiatives, Christmas dinners and salmon bakes. When strangers ask, “What ward are you in?” I don’t feel offended. I can’t fault them for asking that. It creates a dialogue where they can meet someone who believes differently than they do.

What has happened to you that has been hurtful? Only one occasion has been insensitive, but it was more a function of ignorance. The statement “Jew’d you down” means to be cheated or outdone in trade. It plays on a stereotype that is anti-Semitic.

How can Utah Valley become a friendlier place for diversity? Wouldn’t it be nice if the whole world was like my wife’s family and found ways to celebrate our similarities instead of creating hatred and anger because of differences? If we want to get along, then we all have to be willing to listen and have an open mind toward others. 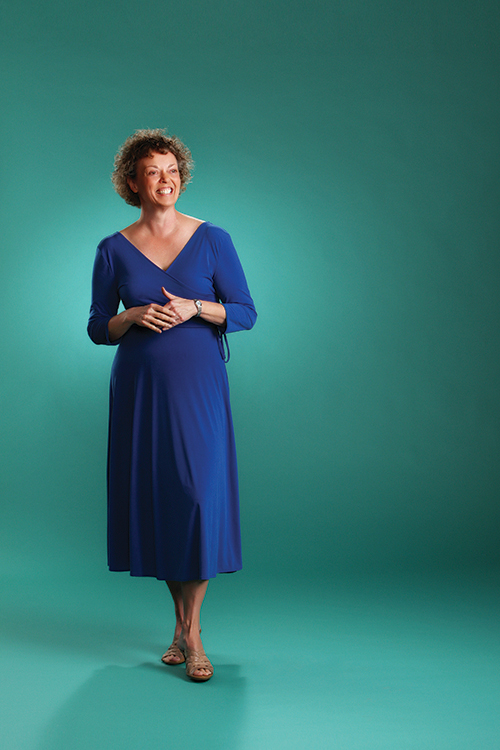 What’s it like to grow up in a Mormon community? We moved here when I was 7 from California, and I was the only non-Mormon at Edgemont Elementary. At Orem High, there were less than 50 non-LDS students out of 2,300. I got invited to Primary, and I went to Mutual. I did non-Sunday activities. Nobody ever asked me to join the LDS Church or hassled me. In high school, we were going on choir tour and staying with LDS families to save money. My teacher said he would get me a hotel if I was uncomfortable, but I didn’t have any problems. In the 10th grade, my friend introduced me to my husband — we were the only two non-Mormons she knew. That was 41 years ago.

What do you tell people about living here? It’s completely peaceful even though I don’t fit. I’m unaffiliated politically, I’m left-handed, I haven’t had any kids of my own, I adopted a teenager, I’m Italian and I’m not LDS. I can fill all the minority holes other than handicapped. I’ve been interviewed by CNN, Daily Herald and everyone in between. There was one time I wasn’t hired because I was not LDS, but he was a jerk. Our neighbors would do anything for us. Our property caught fire, and they called the fire department, went over with hoses and even got my cats out.

What advice do you have for Mormons? Everybody should learn about other faiths. Around here, we are big on languages and travel. It appears we want to mingle. If you have a neighbor of another faith, read up on it. Don’t make assumptions that everyone is the same. Just because someone is different doesn’t mean they are bad. Also, I don’t like to be clumped as non-LDS. I don’t like to be non-anything.

What advice do you give people who are new to Utah Valley? In Rome, there are Catholic cathedrals on every corner. In Utah Valley there are ward houses on every corner. Learn the language and get over it. Find out what ward you’re in — it’s like learning the address system in Utah. I offer MSL courses: Mormon as a Second Language (laughs). New people don’t have a clue what is being said … “Edgemont First Ward” … “The bishop said,” etc. I hand people my card and tell them we need to talk. I get called in by mayors and business execs to bridge gaps. People don’t always understand that Utah Valley is Mormonia — it’s not Salt Lake.

40 under 40: Meet Utah Valley's most wanted whippersnappers Next post