Home LDS Being LDS What does the LDS Church say about vasectomies?

What does the LDS Church say about vasectomies? 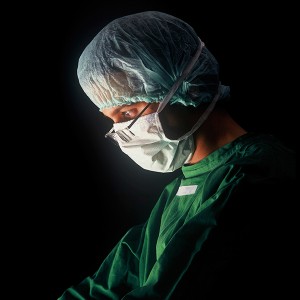 A vasectomy is a popular option when considering permanent birth control. (Photo by thinkstock.com)

Utah is a family-friendly place, with larger families and more kids per capita than any other state. But when a couple decides their family is complete, they face an important and personal decision—will they continue to use temporary birth control, or will they elect for a more permanent solution?

Vasectomies are a popular option for families who choose the latter, perhaps because they are less expensive and simpler than tubal ligation. Vasectomies cost anywhere from $350 to $1,000, while tubal ligation costs anywhere from $1,500 to $6,000. It’s also 99.85 percent effective (once remaining sperm have been expelled or reabsorbed) and can be performed in a doctor’s office or medical clinic in less than half an hour. And like other forms of birth control, insurance will often cover part or all of the cost.

But LDS families take more than cost into consideration. The LDS Church has a clear stance on sterilization. Handbook 2: Administering in the Church says, “The Church strongly discourages surgical sterilization as an elective form of birth control,” mentioning that it “should be considered only if medical conditions seriously jeopardize life and health” or if a person is mentally incompetent.

Major Attractions: The most and least popular majors at BYU Previous post