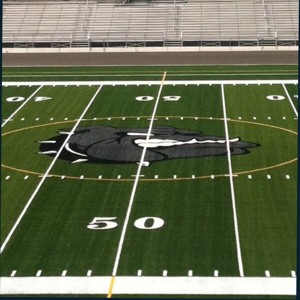 No kids on the team? No ties to any school in particular? No problem. If you are simply looking for the best place to take in some Friday Night Lights allow me to make some suggestions on where you can go to have a great experience.

Here is my top 10 places to watch a high school football game in Utah Valley.

The new school may not have many traditions yet but the setting offers a true feel for high school football. Saratoga Springs on the west side of Utah Lake and its spaciousness offers an escape from reality.

The Bruin Bowl is a fun field tucked away off Center Street that has the field of a small stadium. With grassy hills on both the north and south side of the field, it’s common to see kids start their own football game during the game.

One of the communities that still revolve around home games on Friday night and is passionate about its football team. It never hurts to have one of the nation’s best marching bands perform at halftime.

Athletic Director Frank Bramall always has something going on, from tailgating parties to entertaining halftime contests. Tradition calls for the players to circle a “T” that is to the side of the field before they enter the field or go to the locker room.

The one drawback is under-sized visiting seats and you will need an exit strategy to get out of the parking lot.

Carved into the side of the mountain, Timpview has done plenty of remodeling projects since the school opened in 1977. There is now ample seating on the west side. Spacious coaches offices look over the field on the north end where there is plenty of grass that leads down to the field. Bring a jacket in September because when the wind blows out of the canyon this place cools off in a hurry.

If you haven’t heard, things have changed in Provo. A $3.2 million remodeling project is now complete that includes new concession stands, restrooms and lighting that should make Provo’s new stadium worth a look.

At times the Dons’ mascot will ride in on a horse and it’s not uncommon to see a fireworks show following the game. Fans will often set up lawn chairs on the track by the south end zone and take part in throwing the football around at halftime.

OK, OK, technically Wasatch High is in Heber City, clearly outside of Utah Valley, but if you are looking for one spot to experience Friday Night Lights, this is the place to be. Besides, hasn’t the greater Provo-Orem area unofficially adopted our other-side-of-the-mountain neighbor?

Wasatch has all the pride, loyalty and tradition that come from a small-town anticipating game night. Chair seating is available on the home side of the field and in-game replays are shown on a big screen in the end zone.

Because I said so: School year's resolutions Previous post