Home LDS Is the church really the same everywhere you go?

Is the church really the same everywhere you go? 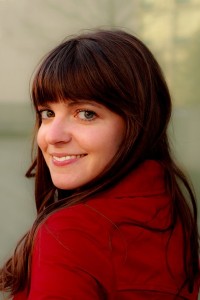 Ashley Dickson is a Virginia native who moved to Utah Valley for years and now lives in Boston.

When Sister Clark walked to the podium in bare feet and bore her testimony sans shoes, I knew our new ward would bring us a very different church experience. I had grown up hearing that the LDS Church is the same no matter where you are in the world. But at age 11 I learned this simply was not true.

My family had recently moved from our Washington, D.C., suburb to the hills of West Virginia. On our first Sunday there, the shoeless speaker was only the first oddity. Another woman stood at the pulpit, but instead of sharing her testimony she announced that she’d been offended by a ward member. As a result, she said, her family would no longer be attending church. They proceeded to march down the aisle and out the door, never to be seen again. This ward was one of a kind. After all, it’s not every Sunday you have your hymns accompanied by a harmonica.

I spent my high school years attending a more traditional congregation, this time in Northern Virginia. But our ward still had its quirks — like a miniscule youth program, for example. My sister and I made up two-thirds of our Laurel class. Our stake dances were so small and pitiful that my parents used them as a method of discipline for my sisters and me. We never heard, “you’re grounded.” Instead, our punishment for missed curfew or other misdeeds was mandatory dance attendance.

After I made my trek west to attend BYU, I found myself yet again in a completely different world. Being surrounded by so many faithful Mormons was inspiring and disconcerting all at once. What a thrill to have countless peers who understood my beliefs! And at the same time, what a disappointment to feel completely ordinary as part of this large and homogenous crowd. I was accustomed to being one of only a handful of people who wore the badge “Mormon.” I was used to worshiping with a diverse body of saints. In Provo, all I could see was an endless sea of blond-haired believers.

During my seven years in Utah, I formed amazing friendships that came only because of my participation in an LDS ward. But while my various congregations were excellent places to make friends, they were in some ways mediocre places to grow spiritually. When a ward is stacked with stalwart members of the church, someone’s going to end up with a made-up calling (i.e., bulletin board specialist, hymn book coordinator, chair arranger). In some wards, I was asked to serve. In one ward, the bishop never knew my name. 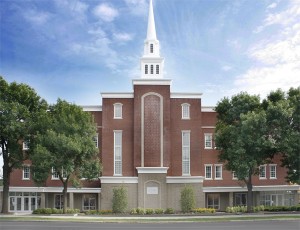 I’ve attended LDS wards and branches in Virginia, Utah, England, Israel, Spain, Massachusetts and beyond. And I bear my testimony that the church is definitely not the same all over the world.

I missed the days where my membership in the church required regular sacrifices. As a teenager, waking up at 5 a.m. for seminary wasn’t fun, but it did instill a real dedication to the faith. Being the only member of the Church at school or work was never easy, but it did force me to know my religion well enough to answer questions about church doctrines and history. In Utah, I never felt challenged. Unlike many of my fellow East Provo saints, I wasn’t satisfied with the status quo.

I eventually moved back to the East Coast, where I immediately felt at home in my Boston congregation. It was here I realized what makes each branch or ward or stake its own different world. It’s not the structure of the church — that’s the same worldwide. It’s not the callings — there will always be a bishop and a Relief Society president and a Primary teacher. It’s certainly not the gospel — those principles are eternal and divine and unchanging.

The difference is the people.

In Utah, where there is undeniable social pressure to show up at church, it’s understandable to continue attending even with lackluster faith. In my experience, this resulted in a diluted church experience. In Boston, which is an intellectual hub with deep liberal roots, the social pressure is just the opposite. Because of the ever-present negative public perception of Mormons, it takes a serious commitment to be a member of the church here. My three hours of worship on Sundays are often filled with intense growth and difficult questions and much-needed service.

I know there are strong and faithful members of the Church who are perfectly comfortable in their Zion congregations — I can’t argue that and I won’t discredit someone else’s experience. But I’ve found my ideal religious home in the Cambridge Massachusetts stake. I’ve found my people and I’ve found my church. Fortunately for us all, the gospel is the same the world around.

You bet your life: Going all-in with direct sales Next post