You bet your life: Going all-in with direct sales

When Kevin Baadsgaard of Spanish Fork signed up to be a distributor with his fourth direct sales company, he had a mortgage, seven kids and a wife with a baby on the way. Within a year and a half, he made more than $1 million. Since then, Baadsgaard has become a leader in the network marketing industry, has been paid more than $12 million and has produced over $1 billion in sales.

In the past 30 years, Baadsgaard has worked for seven network marketing companies. Five of them were based in Utah Valley, which has the highest concentration of direct sales companies per capita of any county in the nation according to the  Consumer Awareness Institute.

“The reason we have so many network marketing companies in Utah Valley is quite simple,” Baadsgaard said. “We aren’t exactly a low cost-of-living state. Plus, we suffer from what I call Mormon austerity. There are a lot of big families here, and a lot of people are looking for ways to make extra money because of their desire to be financially independent.” 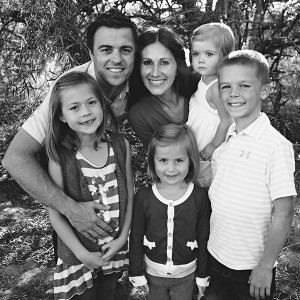 According to the Direct Selling Association, an estimated 15.6 million people are involved in direct selling in the U.S., and 80 percent of them are women. Sarah VanSteenkiste is a stay-at-home and product consultant for DoTerra, an Orem-based direct sales company. Photo by Ben Christensen.

All for One and One for Oil

One reason direct selling appeals to so many people is that anyone can take part in it, regardless of education or financial state.

Sarah VanSteenkiste, a mother of four who was born and raised in Provo, is a product consultant for DoTerra, an essential oils company. She works on her business from home for about 20 hours every week and travels two or three times a month to teach others about DoTerra essential oils.

“Being raised in Utah, we are reasonably comfortable with MLMs. We may not like them, but we are exposed to them living in Utah,” VanSteenkiste said. “This is quite out of my comfort zone. I never thought I would do it. If I didn’t believe in the products so much, I wouldn’t be involved.”

VanSteenkiste was what she calls a “closet user” of essential oils for three years, until she learned that Vanderbilt University Medical Center was using essential oils in its emergency room to improve the smell and the stress-level of the ER. As a registered nurse of 13 years, VanSteenkiste started using the oils on her staff and patients at the Shea Medical Center in Scottsdale, Arizona. She recently took leave from her job as a nurse to focus on her new business and her family.

Sticking it to the Man

Working for yourself, creating an active income, part-time freedom and helping others succeed are some of the reasons Baadsgaard says he is a fan of working in the direct sales industry. But it hasn’t always been easy. It’s taken a lot of hard work and sifting through hokey products, difficult compensation plans and poor management. But with the right company, Baadsgaard says the direct sales industry is the only place for him.

“Network marketing is a common man’s opportunity to change the financial destiny of his family for generations and still have a normal lifestyle,” Baadsgaard said. “It is the only opportunity I know of where someone doesn’t need to start with a lot of capital to be very successful.”

Chances are, living here in the nation’s direct sales headquarters, you’re going to be asked to join a direct sales company. The question is, are you going to go all in?

-Make sure the company you choose has a real, scientifically-backed product with third party clinical or other types of scientific independent testing. Exclusivity, such as a patent, is a big plus.

-Find a company that is committed to the personal development of independent distributors as well as the employees.

-Read and understand the full contract before you get excited and sign.

-Remember, direct selling is a business like any other. “It’s not magic or get rich quick,” Baadsgaard said. “It is a matter of having a clear vision of what you want to accomplish and learning and implementing the daily activities that make you and those you work with successful.”

Is the church really the same everywhere you go? Previous post