King and queen of the playground: Will, Kate, among top baby names in the state 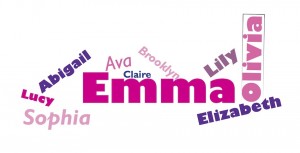 If you have a hard time envisioning a newborn with the name George, put your imagination on hold for a few months. It may only be a short time until you hear a mom at University Mall gushing over her brand-new baby George.

With all the hubbub surrounding the naming of the royal baby, George Alexander Louis, also known as His Royal Highness Prince George of Cambridge, born July 22 in London, the name George is bound to make a comeback among bouncing baby boys — and maybe girls, too — across the country and in Utah County, too.

Even though parents in the area are known for their creativity when it comes to naming children, the most popular names in the Beehive State are actually traditional names spelled in traditional ways.

Yes, there are some unique monikers and uncommon spellings on the Social Security’s annual compilation of the 100 most popular baby names in Utah, such as baby girl name No. 92 Neveah — yes, that’s Heaven spelled backwards — and baby boy name No. 32 Jaxon, a riff on the traditional Jackson. But, for the most part, Utahns follow the norm when it comes time to ink a name on the hospital discharge sheets.

That’s why we think there may be a few more baby Georges coming to a hospital nursery near you. After all, the No.1 baby boy name in 2012 was William, and on the baby girl list, Kate sat at No. 32. There is no way to determine whether or not parents named their little bundles of joy after Prince William, Duke of Cambridge, and Catherine, Duchess of Cambridge, but with the insane media frenzy surrounding the courtship, engagement, marriage and pregnancy of the royal couple, it’s hard to deny at least small influence.

Curious to know what other baby names you’re likely to see on preschool enrollment charts in a few years? Here’s a list of the top 10 baby names in the area: 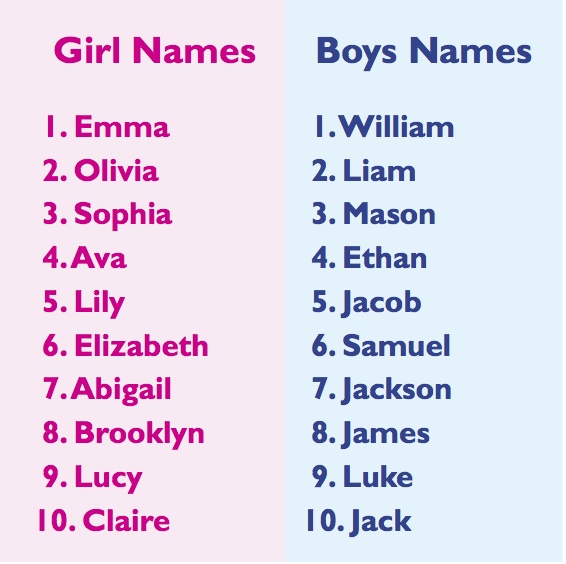 BYU running back Brown snowplows through defenders Next post