If you want to be a wildly successful author in Utah Valley, a good approach is to write fantasy novels and to answer to the name Brandon. In addition to making the New York Times best-seller lists, prolific authors Brandon Mull (Highland) and Brandon Sanderson (American Fork) both attended Brigham Young University — Mull studying public relations, Sanderson studying English — and both have new books out this year. Here’s a look at each. 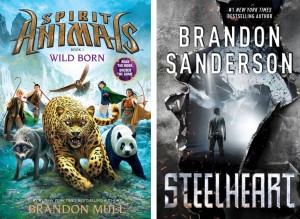 Brandon Mull is the author of the two acclaimed fantasy series “Fablehaven” and “Beyonders,” as well as the “Candy Shop War” books and the “Pingo” illustrated books for children.

What to read now: Mull will be launching his new book, “Wild Born,” at the Provo City Library Sept. 10. It’s the first book in a new Scholastic multi-author fantasy series titled “Spirit Animals.” For more information, check out spiritanimals.com.

Brandon Sanderson  wrote his first novel, “Elantris,” while working as a night clerk at a Provo inn. The popular fantasy author has published the “Mistborn” fantasy trilogy, and also jumped in to finish the “Wheel of Time” series after series author Robert Jordan died.  He recently launched a 10-volume epic fantasy series, “The Stormlight Archive.”

What to read now: “Steelheart,” Sanderson’s first book in a projected epic series, will be released Sept. 24 by Delacorte Press. It looks at what happens when an ordinary human tries to fight back in a world ruled by supervillains. 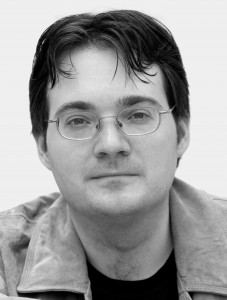 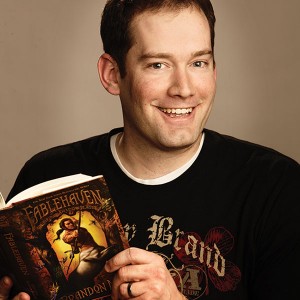 Back to school bookworms: Local librarians teach how to get kids to read for school and fun Next post