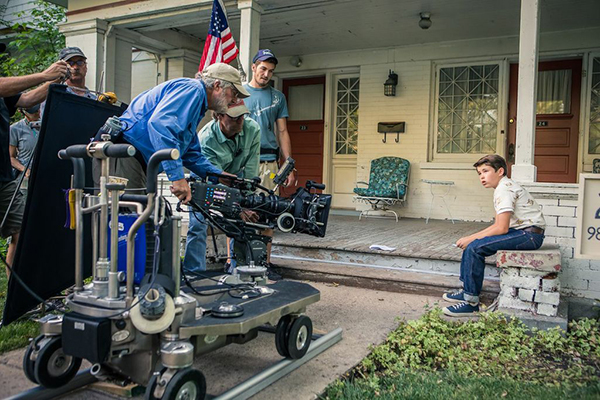 Much of BYUtv’s “Granite Flats” is being shot in Utah Valley. This scene was shot at the Olmstead power plant at the mouth of Provo Canyon — a group of turn-of-the-century buildings that serves as the show’s military base. (Photo courtesy of BYUtv)

People are talking about aliens in Utah Valley. It’s the cast of “Granite Flats,” BYUtv’s first original drama. The show has a sci-fi flair and has been entirely filmed in Utah — much of it in Utah Valley. In fact, producer Scott Swofford named the show after his favorite camping spot growing up, Granite Flat Campground in American Fork.

The series, set in the ’60s, follows a widowed mother and her 12-year-old son as they move to small-town Colorado and take part in uncovering the mystery of a deadly explosion at a nearby airbase.

BYUtv General Manager Derek Marquis said “Granite Flats” is a cross between “The Wonder Years” and “The Goonies” and targets a neglected but important audience that craves a compelling yet family-appropriate drama.

The question is, will there be a season two? As soon as BYUtv makes an announcement, we’ll tell you all about it right here at UV360. In the meantime, you can catch up on past episodes at byutv.org.

Editor’s note: Modifications and post-date were changed in this story on Sept. 3 at 3:05 p.m. to make the story more accurate and up-to-date.