Home Moms & Family Diet One size doesn’t fit all: Finding health and beauty at every size

One size doesn’t fit all: Finding health and beauty at every size

In the summer of 2011, Beauty Redefined ran a groundbreaking billboard campaign featuring 12 billboards between Logan and Provo. The slogans included, “You are capable of much more than being looked at,” and “Your reflection does not define your worth.” They now sell the same slogans on post-it notes as a fundraiser for their nonprofit at BeautyRedefined.net.

I wish I could lose 10 pounds. If I was a size two, I’d be happy. Someday I’ll fit into my skinny jeans again.

If you’re a woman, at least one of these lines likely sounds familiar. At some point in your life, you’ve probably told yourself that you’d be more accepting of your body if you could drop a few pounds or fit into a certain clothing size.

Constant dieting and the relentless pursuit of thinness is so common it’s become a normative, or thought to be normal, behavior in Western civilization, according to body image researchers. Research shows that women are more vulnerable than men when it comes to internal and external influences on negative body image. In one study, 89 percent of woman surveyed wanted to lose weight.

“I think most women struggle with their bodies,” said Amy Harman, a licensed marriage and family therapist who has worked in the eating disorder field since 2006. “It’s to varying degrees, but I don’t think I’ve ever met a woman who hasn’t worried about her body at some time in her life.”

Mirror, mirror on the wall

“Anyone who has driven along a Utah freeway and seen the billboards might not be shocked to hear the city was ranked as having the most plastic surgeons per capita,” said Lexie Kite, co-founder of Beauty Redefined, a nonprofit dedicated to taking beauty back for females everywhere. Kite and her twin sister and co-founder Lindsay have doctorate degrees in media and body image from the University of Utah.

It’s not just plastic surgery that contributes to the vanity, as Kite said the Salt Lake City metropolitan area spends record-breaking millions on cosmetics, skin care and hair products each year, ten-fold the amount spent in cities of comparable size.

“There are many more factors we could speak to, including the fact that Utah has a very high usage of online pornography, which leads girls and women to believe they need to meet those beauty ideals to please the men in their lives,” Kite said. “Further, we believe some are skewing the LDS Church’s teaching to strive toward perfection by focusing all of their “perfecting” efforts on their bodies instead of more valuable, progressive ideals.” 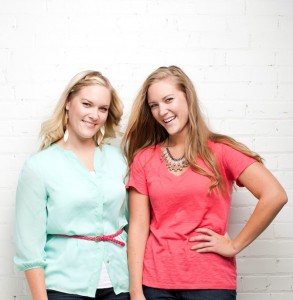 This female preoccupation with the perfect body weight, shape and size is doing more then fueling a billion-dollar beauty industry. It’s undercutting the potential of women everywhere and limiting progress, health and happiness, Kite said. That’s why she and sister Lindsay founded Beauty Redefined: to help people recognize and reject these harmful body ideals.

“We know that if women and girls are constantly self-conscious and fixated on their flaws — from the roots in their hair to the soles of their feet — they will not get on to anything more important,” Kite said.  “They won’t look outside themselves to what they can do for anyone else, what they can accomplish in their lives, and who they are outside of their bodies.”

Often, people that are preoccupied with weight and body image justify their fixation with health claims. But research shows that more often than not, this isn’t true.

“Girls and women who feel OK about their bodies — meaning they aren’t ’disgusted’ with them like more than half of women today — take better care of themselves,” Kite said. They are also more likely to make healthy choices, be physically active and pay more attention to what they eat. “Meanwhile, the girls who were the most dissatisfied with their size tended to become more sedentary over time and paid less attention to maintaining a healthy diet.”

Instead of focusing on getting in “shape,” it’s better to focus on being fit. Numerous studies show that body weight often has very little correlation to health or fitness. For instance, a meta analysis published in Time Magazine in May 2005 of medical studies since the 1970s concluded with the fact that overweight and active people may be healthier than those who are thin and sedentary, Kite said.

“Understanding that activity level is a much more reliable indicator of a person’s health than their body weight is key to promoting real, effective health goals that can lead people away from extremes like disordered eating and obesity,” Kite said.

The key to real health and fitness is setting fitness goals so your body can find its healthy weight. And what constitutes a healthy weight? It’s not what the Body Mass Index (BMI) says, and it’s not what Vogue is telling you, either. The Society for Nutrition Education defines “healthy weight” as “the natural weight the body adopts, given a healthy diet and meaningful level of physical activity, which it later specifies as one hour a day.

If it’s hard for you to move past the numbers on the scale or a specific pants size, Harman suggests you avoid the scale altogether.

“If you’re going to step on a scale and let that determine your mood for the day, just don’t get on the scale. I haven’t weighed myself in years and I’m still happy,” she said. Also, remember that clothing sizes are completely arbitrary — grab the same size of pants from Target and Old Navy to see how much they differ.

“Stop comparing yourself to others or to what you think you should be,” Harman said. “If you find yourself doing it mentally or even talking about it, just stop and recognize that you are valuable no matter what.”

A return to reality

Taking back beauty starts by rejecting the unrealistic body standards that are so pervasive in today’s society. A good place to start, Harman said, is by recognizing that there is no single size or weight that indicates health or beauty.

“We have to remember that there is great diversity just naturally in our genetics,” Harman said. “There are very, very few women who naturally look or have a size 2 body without doing any extreme behaviors. You can be healthy with many diverse body shapes.”

Extreme thinness and shapely perfection have little or no correlation with actual physical health, Kite adds. Multiple studies show that most females now perceive underweight bodies as being ideally healthy. Because most women are not naturally as thin as the ideals they strive for, more women are striving for weight loss using dangerous and unhealthy means. Some 10 million women nationwide are fighting a life-or-death battle with anorexia or bulimia, and 25 million more have a binge eating disorder, Kite said.

“Our research backs up the truth that if you can learn to just feel OK about your body, you won’t live with the shame that keeps you resorting to extremes to fit unattainable ideals — extremes like cosmetic surgery, disordered eating, sedentary lifestyles, and far too much money, time and energy spent on the unattainable pursuit of perfection,” Kite said.