Home News Breaking News To compete or not to compete

To compete or not to compete 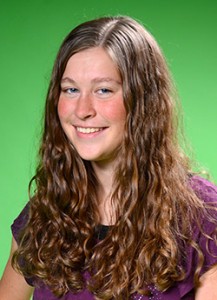 On Oct. 3-5, the Utah High School Shakespeare Competition took place in Cedar City. I travelled there with the Lone Peak Shakespeare Team, and this is my experience.

I arrived at Lone Peak at 7 in the morning, where after a quick breakfast of Costco muffins, everyone received a black Shakespeare team jacket with the rousing quote, “For he today that sheds his blood with me shall be my brother,” on the back. It’s from the ensemble scene we have been working on for the past month, and it means a lot to those of us who have completely invested ourselves in this scene, which is all of us. It’s impossible to spend hours every day rehearsing together and not become utterly absorbed in the experience.

There was some apprehension in making sure all the props and luggage got loaded onto the bus, since it would be mildly awkward to sword-fight onstage without any weapons. Then we boarded our charter bus, complete with seat belts, cushioned seats, luggage space above our heads, and even TVs if we felt like watching a movie. There was a slight problem when we had 57 people on the bus and only 56 seats, but we managed. We proceeded with our three-and-a-half hour bus ride, on which there was lots of talking, singing, and, believe it or not, sleeping.

Tip #1 for going on a long trip: Sit next to someone you’re friends with so that if you get tired, you have a shoulder to lean on.

After a quick lunch at Panda Express, we went straight to the Randall Jones Theatre to watch “Peter and the Starcatcher.” Confession: I kept dozing off during the first act. It had nothing to do with the show, which was hilarious and dramatic, it was the result of not getting enough sleep the night before because I stayed up packing.

Tip #2: Get enough sleep the night before you leave, so you can enjoy the full hilarity of the show. I was definitely awake during the second act, and it was immensely entertaining.

Right after the show ended, our whole Shakespeare team made our way to the Adams theatre, which is a detailed replica of William Shakespeare’s Globe Theatre in London. There we got to talk to Brian Vaughn, the man who directed “Peter and the Starcatcher.” It is insanely cold in Cedar City (Tip #3: Bring at least two jackets), and the Adams is an outdoor theatre, but despite the cold, it was one of the most extraordinary opportunities we had as a Shakespeare team. According to the founder of the competition, at least 119 schools from all over the country came to this competition; it’s the largest high school Shakespeare competition in the world, even larger than any in Great Britain. And of all those people, we got to speak with Brian Vaughn.

We checked into the Holiday Inn Express, left to go eat dinner at the Pizza Factory, and then had the chance to talk to Fred Adams, the man who started this Shakespeare competition 52 years ago. He’s also the father of Glynis Neves, the brilliant woman who directed our ensemble scene this year. After hearing the advice Fred had for us (seriously, we got to talk to two phenomenal men on the same day!), we headed back to the hotel. It was already late, and bitterly cold outside, but we jogged around the building a few times to warm up and then we ran through our ensemble scene once in the quiet parking lot behind our hotel. Once we got back to the hotel room, we tried to get to bed quickly, but not before two of the girls in my room asked me if I have a crush on one of the other boys on the Shakespeare team. I had no idea how to react.

Friday morning I woke up before the rest of my roommates to get ready and eat breakfast. I got up way too early.

Tip #5: Don’t overestimate how much time it takes to eat breakfast (it generally doesn’t take an hour and a half).

We made it to Southern Utah University (SUU), where the competitions took place, by 10:30 to watch our dance company perform. We decided beforehand that even though theatre and dance are different, we’re still both from the same school and part of the same team, so we went to see each other perform. We also walked all around campus to find the places where the individual events would be competing (three monologues, two scenes), so we could come watch and support the people competing from our team later in the day. We ran into Mr. Beau Brewster, who used to be a student teacher at Lone Peak but now teaches at Hillcrest. He made sure to tell us he loves us and no matter what, he wants us to succeed. That’s one of my favorite things about theatre — words of love and encouragement are so readily given and received.

After watching our dance company perform, we quickly grabbed lunch at Quizno’s Sub and then headed back to the hotel so that our individual events could rehearse. With an hour of time to myself, the only logical thing to do was spend a little time in the hot tub.

Tip #6: Bring a swimsuit, whether you think you’ll need it or not.

Unfortunately I forgot mine, so my legs were all I could put in. Around one in the afternoon, our whole Shakespeare team met up in the hotel’s breakfast room to go over our ensemble scene. Glynis, our director, told us how proud she wass of us, especially for one big reason. She said, “Theatre can be a family business or a cutthroat one, and you’ve chosen to make it a family one.” I always feel safe and loved around my theatre family. After we finished our run-through of the scene, we left to go watch our team members compete in their individual events. They were fantastic! Everyone worked so hard, and I was so proud of all of them. We didn’t get around to dinner until after 9:30, but one upside was that the line for Café Rio was nonexistent. We got back to the hotel late, and went to bed quickly so we could be well-rested to perform our ensemble scene the next day.

On Saturday morning we had to have all our luggage out of the hotel room and onto the bus by 8. We got to SUU’s campus just in time to watch our dance company perform again. It’s so interesting to me to see how Shakespeare can be interpreted through dance as well as acting, and our dance team really brought that out as they acted through their dance, with their facial expressions as well as the actual choreography.

After the dance team finished their piece, the theatre team ran through the ensemble scene one more time before performing. Baylee, one of the girls on drama council, made sure to remind us that the judges are just people with opinions, and no matter what they think of our scene, we came out better actors, better friends and better people because of this experience. Then the drama council president, Collin, took us through what he called a ‘rinse cycle.’ We all stood in a circle and put our arms around each other and he began by saying, “This person to my right …” and said something inspiring about the person next to him. We continued all the way around the circle. About two thirds of the way around, I felt such a profound love from and for everybody around me that I started crying. It was such an amazing experience. Even Glynis got teary when she told us how proud she is of us and how much she has loved working with us. It is astonishing how much everyone has come to love each other after working together for only a month.

The minutes leading up to our performance were focused. I’m sure I wasn’t the only one who was sad to be performing for the last time, but it was a great performance. The Adams has been performed in for years and I could still feel the energy left in the theatre from all the people who have performed there previously. The judges gave us some feedback, telling us that they liked the surround sound when the women started to sing, and that we had some very powerful lines, and if we’d had just a bit more energy to carry the words, our scene would have been that much better. And then, surprisingly, it was lunchtime. I went with a few of my friends to the Centro Woodfried Pizzeria down the block, which is a really good pizza place. After lunch, we headed back to the Jones Theatre to watch the stage production of “Richard II.” And I’m sad to say, I kept falling asleep during the first act of that play, too. It was a struggle because I hadn’t gotten enough sleep the night before.

We stopped for a quick dinner after the show ended and then went to the awards ceremony, which lasted three hours. Our dance company won an award, as did one of our individual events, a duo scene from “Richard III.” A full list of winners can be found here. The bus ride home was long, dark and quiet. We got back to Lone Peak at about 1:45 on Sunday morning. There was so much anticipation building up that it was hard to believe that the experience was already over. But the important thing to remember is this: it happened, and I was a part of it.