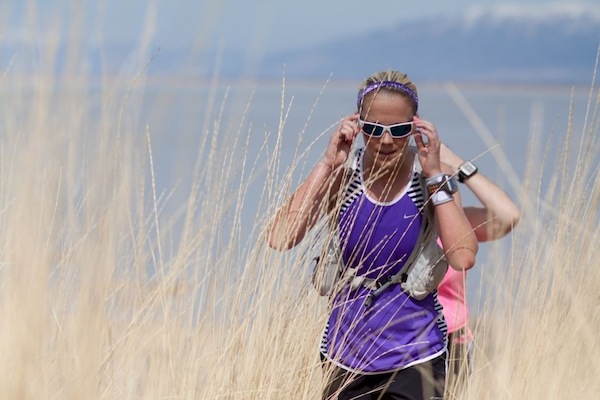 More women and half-marathoners are crossing finish lines than ever before and are fueling the second running boom — both across the country and here in Utah Valley.

Perfectionism-driven inhabitants of Happy Valley, as well as folks who run for other reasons, are taking to the streets and trails and treadmills to run for fun, for worthwhile causes or for better health. And a majority of these runners are women.

The sport experienced its first boom in the early 1970s. Runners all over the country started hitting the pavement, including women, who, before 1972, weren’t even allowed to run in the Boston Marathon.

Media and news outlets started covering running more as both male and female pioneers made great strides in the sport. Title IX of the Educational Amendments was passed in 1972 requiring schools to give equal sports opportunities to both sexes, and many schools used female track and cross country teams to balance male sports, such as football.

Regardless of whether the opportunities were made or given, women got a chance and ran with it.

Starting in the mid-1990s, the running industry saw a second wave of growth. Racing took off especially in the past decade, with running events popping up all over the county and the country.

People are discovering all the advantages of running: the health benefits, social interaction, sense of community, as well as how accessible and inexpensive it is.

Women particularly recognize the benefits as well as how convenient running can be — including women in Utah Valley who are often busy with big families, career goals and religious commitments.

In 2012, women made up 56 percent of the 15,534,000 running-event finishers in the U.S., according to “Running USA” organization. This statistic held up locally at the Utah Valley races the summer of 2013 where 54 percent of all finishers were women.

“So you have this paradigm shift where, first of all, it becomes allowed,” Oaks said. “Second of all it, becomes more common and societally more accepted. And third of all, when there are more women doing it, you see your friends doing it and you think you can do it too.”

The availability of races is growing hand in hand with the popularity of running. There’s something to run every weekend, whether you want to be chased by zombies, have colored chalk thrown at you, wade through mud, support breast cancer awareness or do a relay through red rocks.

The half marathon is the new 5K

A decade ago, it was cool to run 5K races. Runners felt accomplished and their friends were impressed. But not as much anymore. The half marathon is quickly replacing the 5K in popularity.

Half-marathon events in the U.S. had 14.9 percent of finishers, beat out only by 5K finishers at 17.5 percent, according to “Running USA.”

Oaks owns a registration company used for several races and said he hasn’t come across any half marathons in the past ten years where more men than women have finished.

Millie Wegener, who works at Wasatch Running Center, is one of the women pushing the sport’s growth. She attributes the second running boom to an increased awareness of fitness, the camaraderie of runners and people wanting the “Oh, I run” status.

Wegener runs trail and road marathons and is training for a 50K next year, but she thinks the half marathon is most responsible for the growth of the sport.

“For me, a half marathon is a distance that anyone can do,” Wegener said. “I think anyone can train and do a half marathon without too much difficulty, and so I think people are realizing that and it’s fun for them to get into shape.”

On to the marathon and ultra running

While there are still more male finishers in marathons, the ratio of men to women is shrinking. Around the valley, it’s usually 55 percent men to 45 percent women.

“The half marathon used to be predominantly men as well, but it’s not even close to predominantly men,” Oaks said. “It’s overwhelmingly women now, and I think eventually you’ll see the same thing occur in the full marathon. There are just so many women out there who have the talent and are very capable of running a full marathon.”

Eleven years ago, Janice Cook of Pleasant Grove started running marathons as a way to challenge herself.

“My daughter was 18 months old and it was just something I wanted to challenge myself to do, and so I went out and ran a marathon,” Cook said.

Cook said she has learned a lot about herself through training, and that a lot of the women dominating racing are like her: moms and wives who are busy but want to feel good about themselves, be healthy and be an example for their families.

“Just since when I ran my first [marathon] 11 years ago, I’ve noticed a huge difference in females, moms, runners in general just out there finding that they can do it too, and it’s not an unreachable goal.”

She has since run about 25 marathons, two 50-mile races, a 10-hour endurance run and just completed a 50K last weekend. Cook’s next goal? A 100-mile race.

“This day and age you just have to keep fighting and pushing and finding new ways to challenge yourself,” Cook said.

While Cook has become an ultra runner, she still said the half marathon is a great distance and is a good first step for people who want to become big runners.