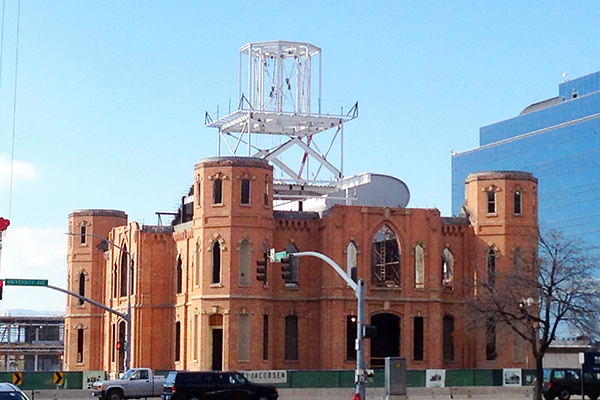 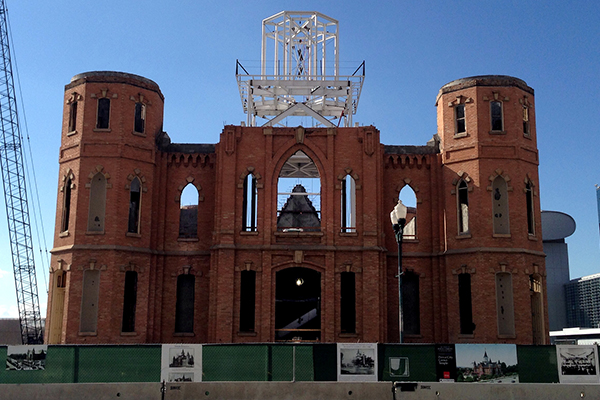 Steel framework for the central tower is well underway. 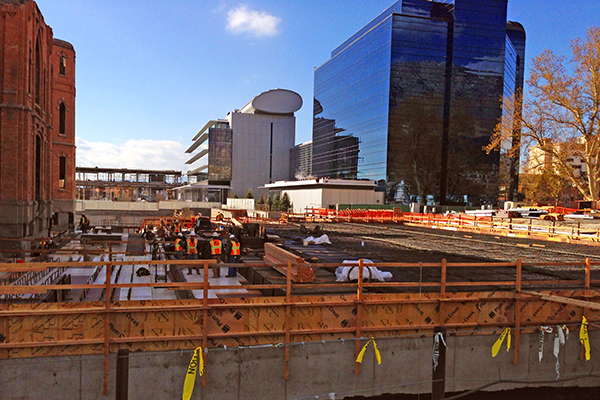 Most of the concrete work for the basement of the Provo City Center Temple and the large annex extending to the north (can be seen in this photo) is completed. 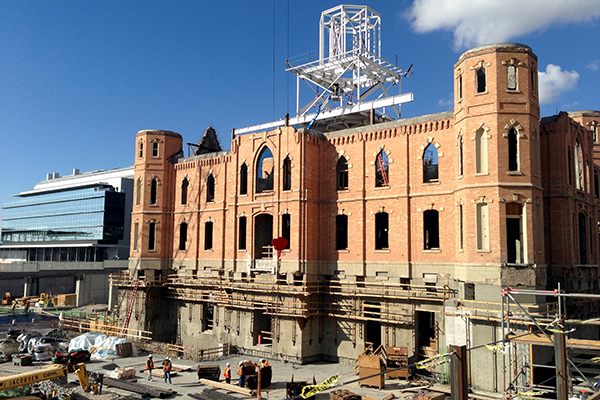 The Provo City Center temple will have four levels—two above ground and two below. The main entrances to the temple will be on the south side of the temple (seen in this photo) near the 50-car surface parking lot and through the 245-car underground parking area. Both lots will be accessible from 200 South and 100 West. 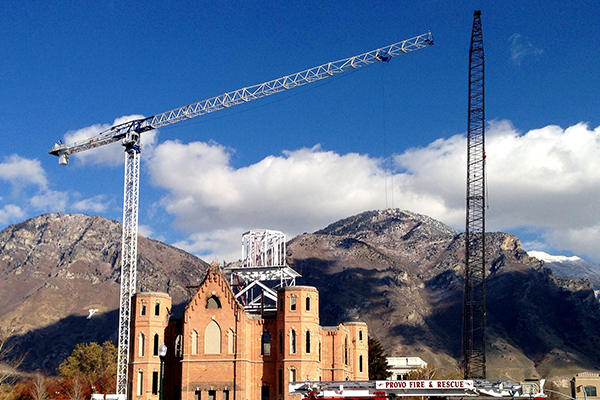 The Provo City Center temple district will be made up of sixteen stakes—eight from Provo and eight from Springville. 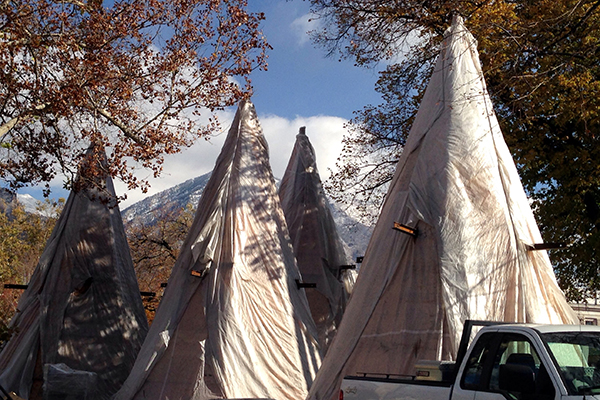 The four corner towers wait for the day they’ll be hoisted on top of the four corners of the newly restored temple. 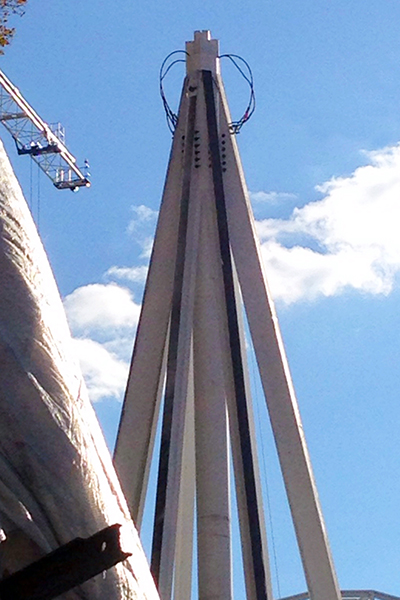 Steel framework for the new central tower has been assembled and stands ready to be lifted on the temple.

The story behind BYU basketball's lip-sync videos Next post