Lone Peak whips Alta 41-22 Friday, Next up Bingham at Rice-Eccles 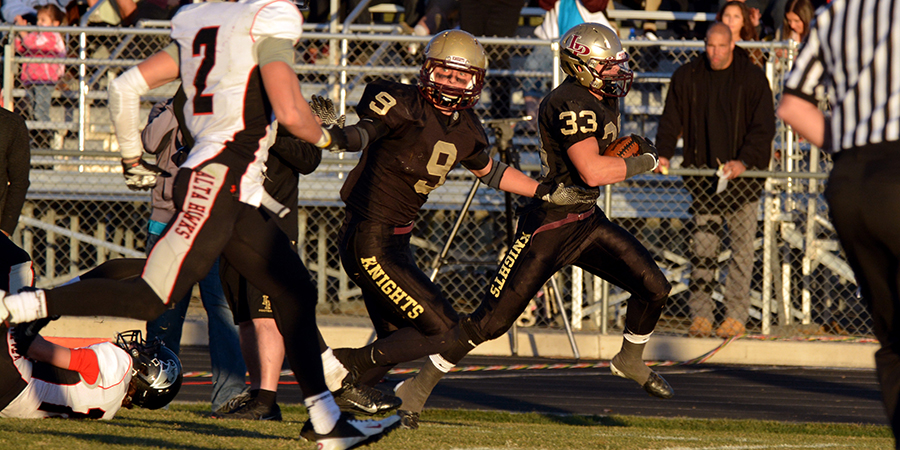 Junior linebacker Riley Whimpey (#9) throws a key block for Karsen Liljenquist (#33) who returned this interception 30 yards for a touchdown.

The final score was 41-22 and it wasn’t nearly that close.

By defeating the Alta Hawks, Lone Peak advanced to the 5A state semifinals. The Knights will next play Bingham on Friday, Nov. 15, at Rice-Eccles Stadium at 6:30 p.m.

Quarterback Baron Gajkowski accounted for a majority of the offensive firepower completing 13 of 15 passes for 169 yards and two TDs. Receiver Dylan Murdock caught both of Gajkowski’s TD passes, the first a 27-yard completion then a 12-yard reception. Running back Erik Ostrom rushed for 93 yards and one touchdown on the night.

The Pleasant Grove Viking’s season came to an end largely due to the efforts of Jordan QB Austin Kafentzis.

Kafentzis was a one-man wrecking crew against Pleasant Grove. The University of Wisconsin commit completed 23 of 33 for 316 yards and one touchdown. He also rushed for 140 yards and four touchdowns. 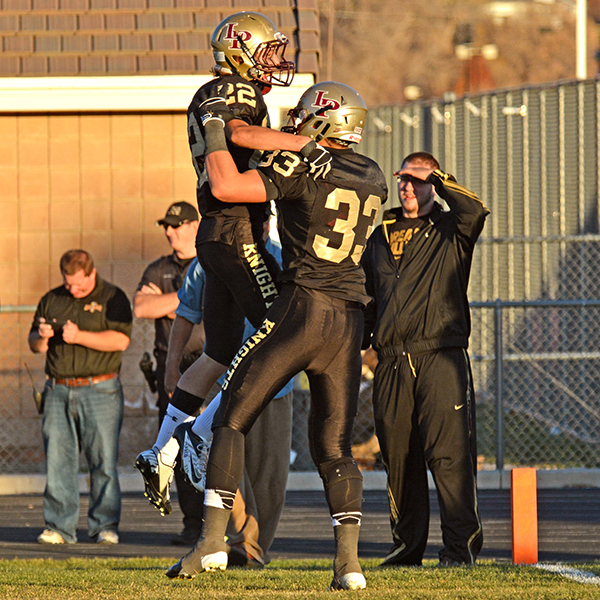 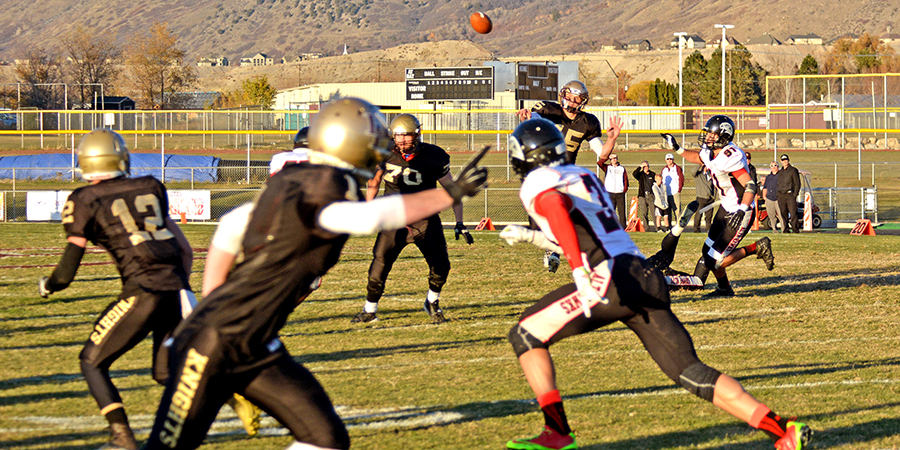 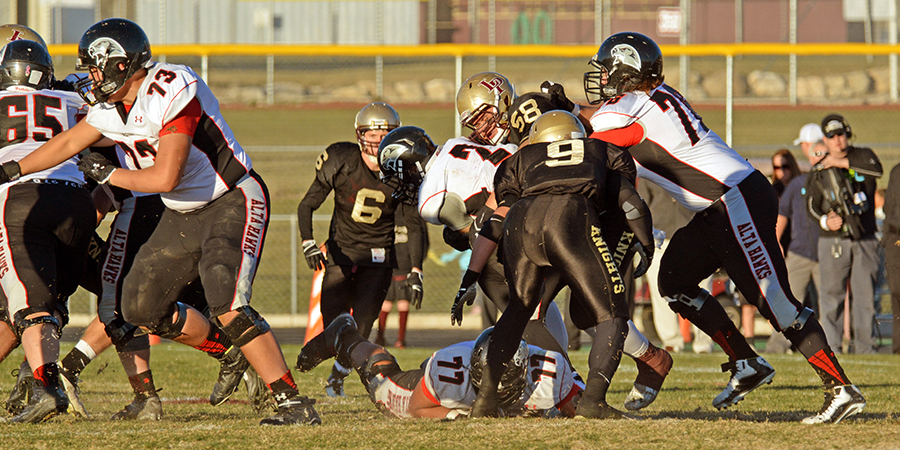 Daniel Auelua (#58) wrestles an Alta ball carrier to the ground. 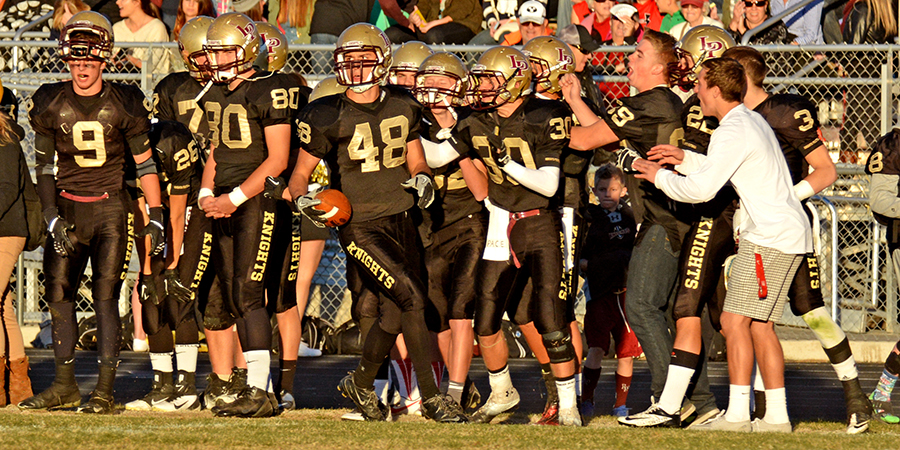 Junior receiver David Flake (#48) hauls in one of Gajkowski’s 13 completions on the night. Senior defensive back Matt Criddle (#6) recovers a fumble during the third quarter of Lone Peak’s 41-22 win over Alta. 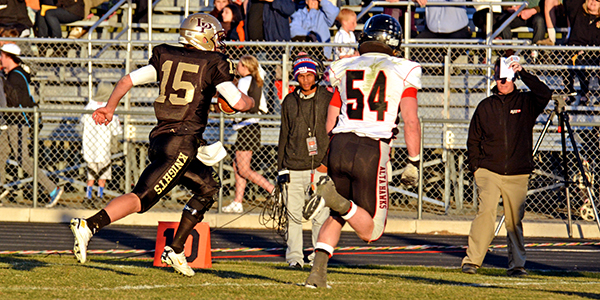 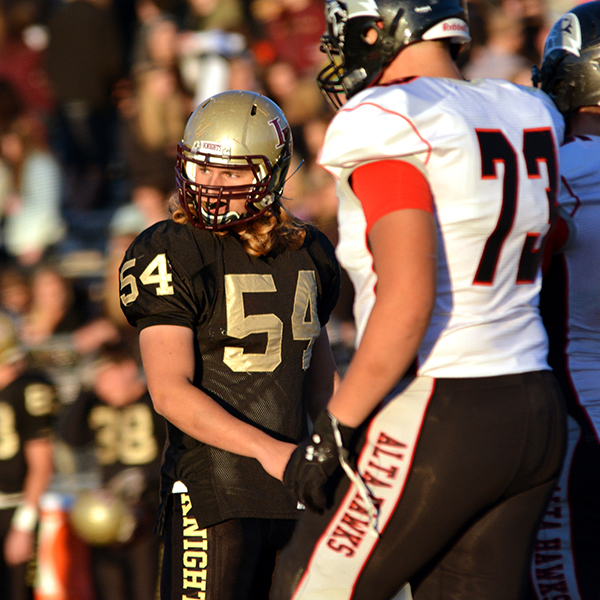 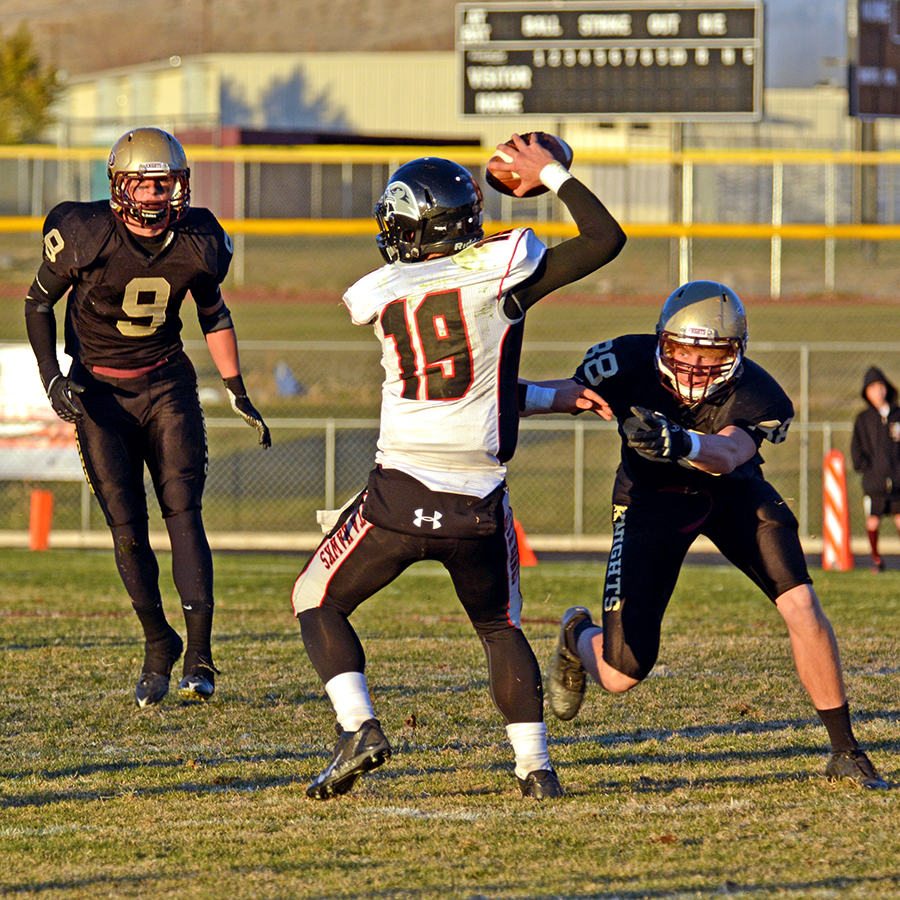 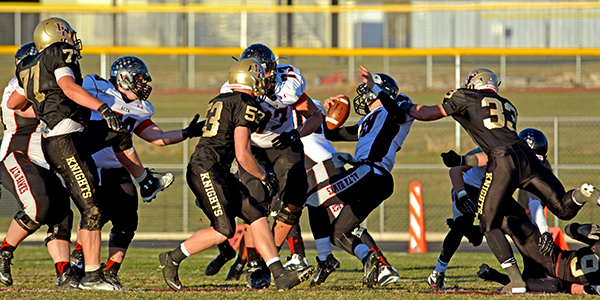 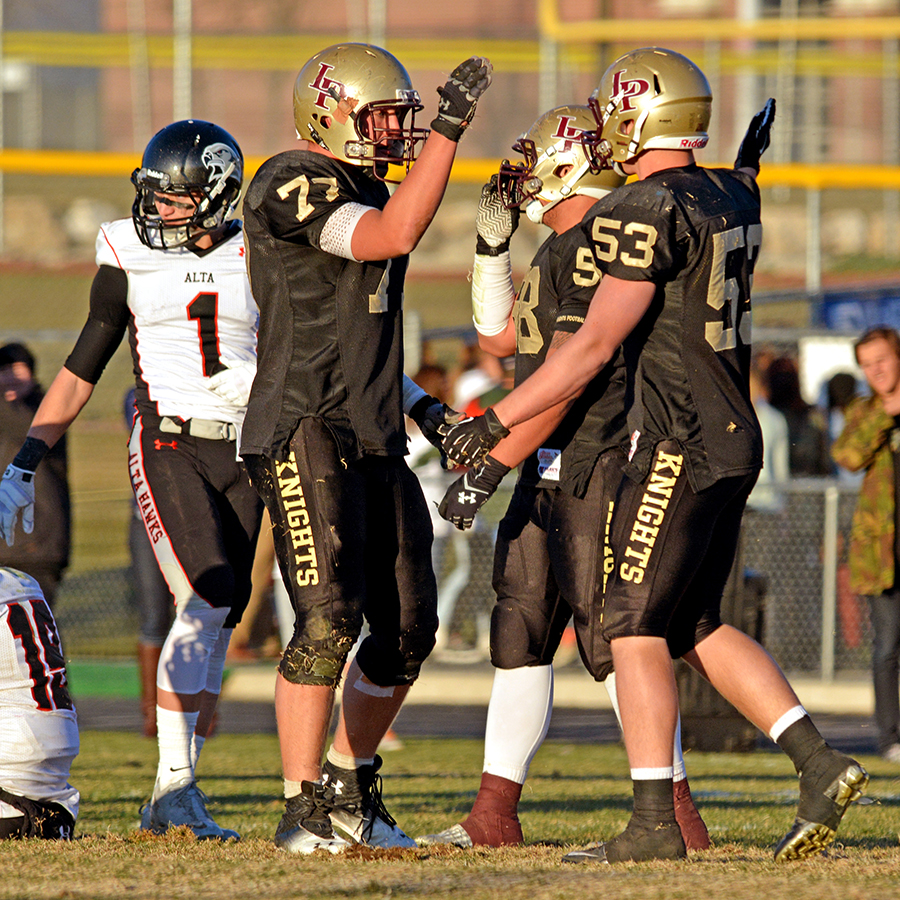