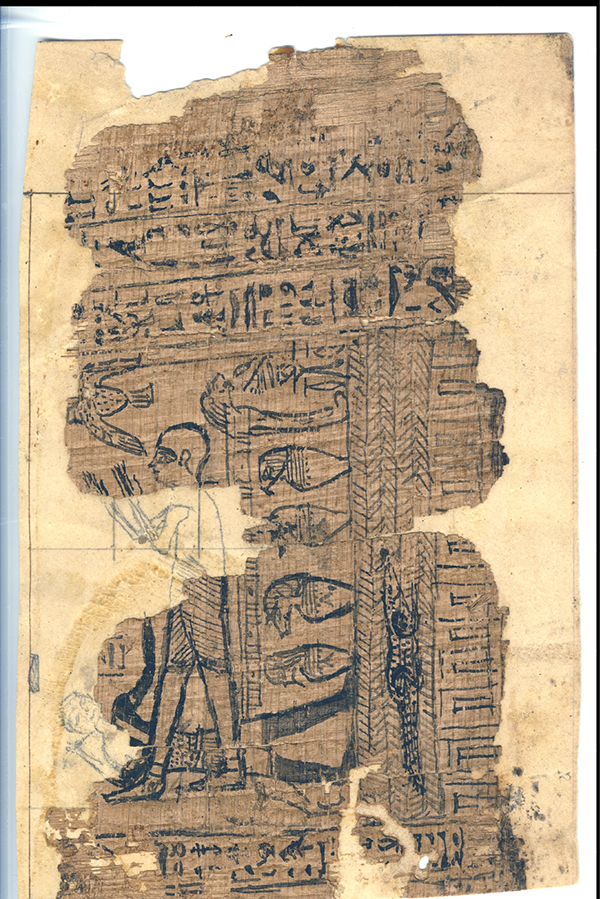 This Egyptian papyri was purchased by a group of Saints in 1835 and translated by Joseph Smith and his scribes. It now appears as “Facsimile No. 1” in the Book of Abraham, which is part of the LDS scripture Pearl of Great Price. (Photo courtesy LDS Newsroom)

To the joy of Church historians everywhere, The Joseph Smith Papers Project is now available online. But if sifting through archives isn’t your thing, don’t worry. We’ve done the sifting for you.

The Joseph Smith Papers Project is an effort to collect and publish all of the documents created by Joseph Smith or his scribe — an effort former Church historian and recorder Elder Marlin K. Jensen called “the most important Church history project of this generation.” The first printed volume was published in 2008; the completed project is anticipated to span at least 21 volumes.

It’s an incredible project, but there is a lot of information to take in. We sorted through what’s already available online and came up with these five interesting documents you might want to see. 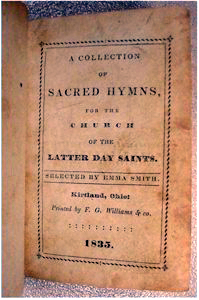 1. A Collection of Sacred Hymns for the Church of the Latter Day Saints

A July 1830 revelation to Emma Smith directed her to “make a selection of Sacred Hymns.” Emma compiled a group of existing hymns and gave them to William W. Phelps to edit before they were published in the Church’s newspaper, The Evening and the Morning Star.

The first bound collection of hymns, titled “A Collection of Sacred Hymns for the Church of the Latter Day Saints,” was published in 1835 in Kirtland, Ohio. A first-edition copy of this collection is available online.

2. Accounts of the First Vision

Many people are familiar with the account of the First Vision recorded in the Pearl of Great Price, but that wasn’t the only record Joseph left. The Joseph Smith Papers Project includes several accounts with more to come as the project moves forward.

When Joseph Smith formally organized Latter-day Saint women into the Female Relief Society of Nauvoo on March 17, 1842, he said, “The minutes of your meetings will be precedents for you to act upon — your Constitution and law.”

This book, which contains the only recorded teachings of Joseph Smith given specifically to women, includes the minutes of meetings from 1842 to 1844. In some of these meetings, Joseph Smith instructed the women in their new responsibilities, authority and forthcoming temple blessings.

Joseph Smith and his scribes William W. Phelps, Oliver Cowdery, Frederick G. Williams and Warren Parrish engaged in the translation of Egyptian materials purchased by a group of Saints in 1835. The original documents still extant are available for view, including the original papyrus with the Book of Abraham’s Facsimile 1. 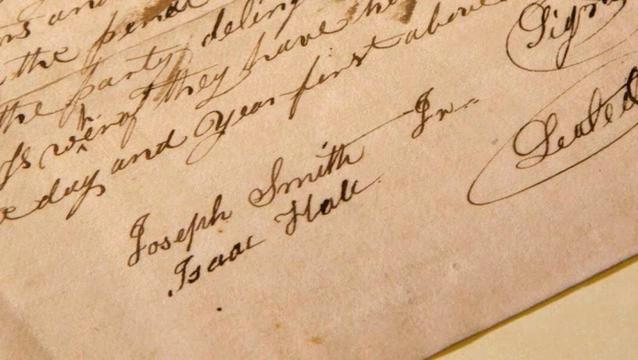 Many of the documents included in the project relate to Joseph’s life as a prophet and businessman, but personal documents are scattered throughout the collection as well. These private letters reveal Joseph’s more tender side and honestly document Emma’s joys, trials and sentiments.

Several letters are included in the online collection, but this letter from Emma while Joseph was a prisoner at Liberty, Miss., in 1839 is particularly touching, as is a letter he sent not long after. 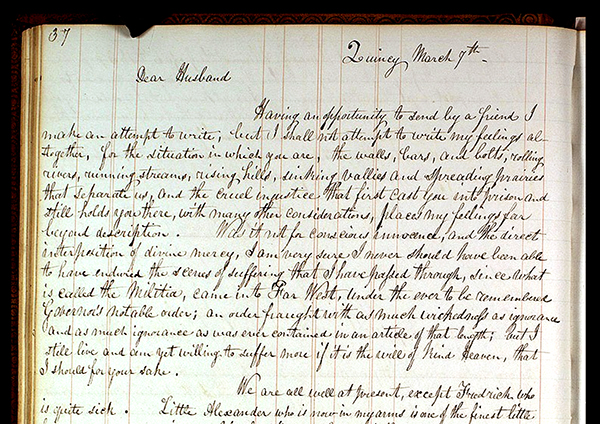 This letter was written by Emma Smith to Joseph Smith on March 9, 1839. (Photo courtesy LDS Newsroom.)