It must have been terribly frustrating for the East High defense.

In the end, Timpview claimed its second-consecutive state championship by beating East High 33-28 at Rice-Eccles Stadium largely due to the efforts of Covey.

Covey, who’s only a junior, finished the game with 273 yards and two touchdowns passing and 120 yards rushing.

And, following a rough start, the Timpview defense did just enough to hold off the hard-charging Leopards.

After allowing more than 300 yards and 25 points in the first half, the Timpview defense made second-half adjustments and held East to a mere 78 yards and three points in the second half. 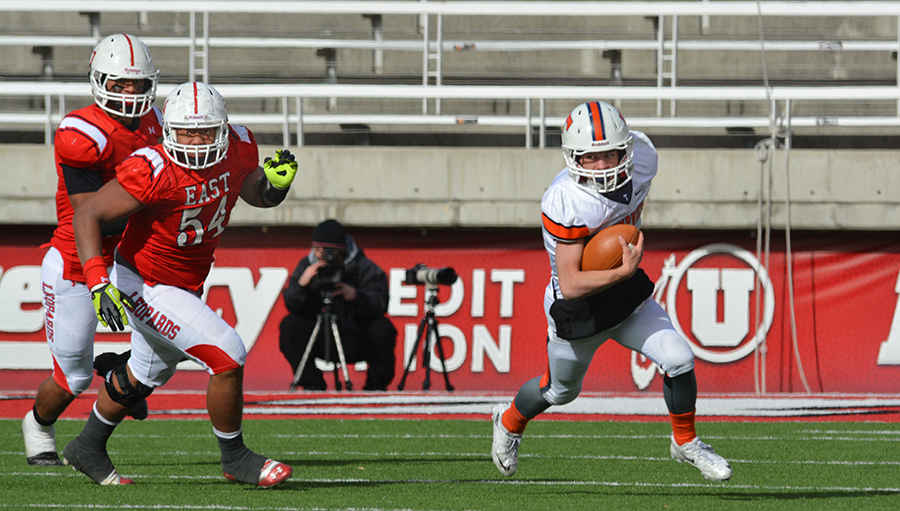 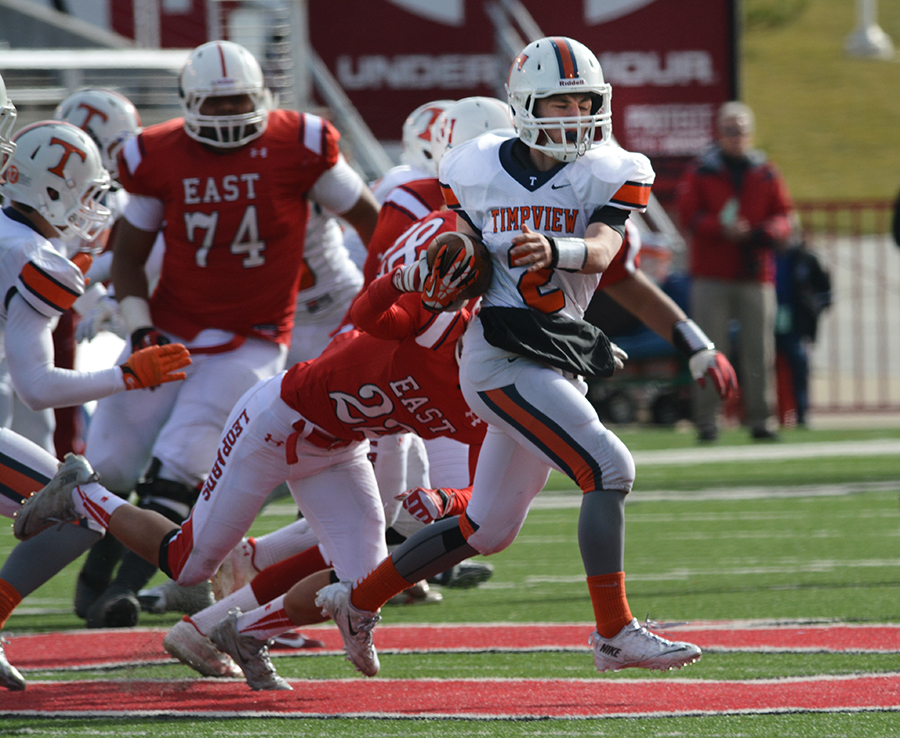 Britain Covey spins away from a would-be East tackler. 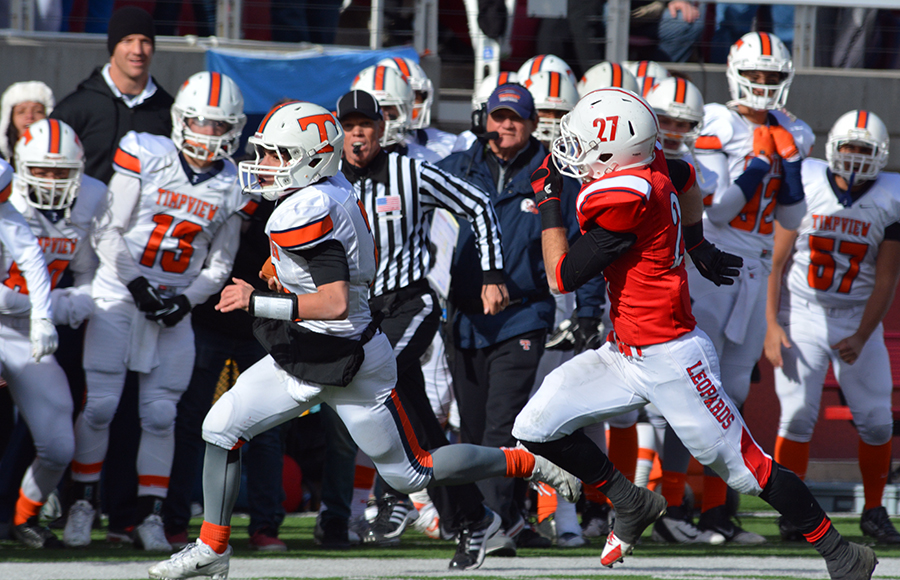 Britain Covey not only quarterbacked a great game, but was a potent kick returner. 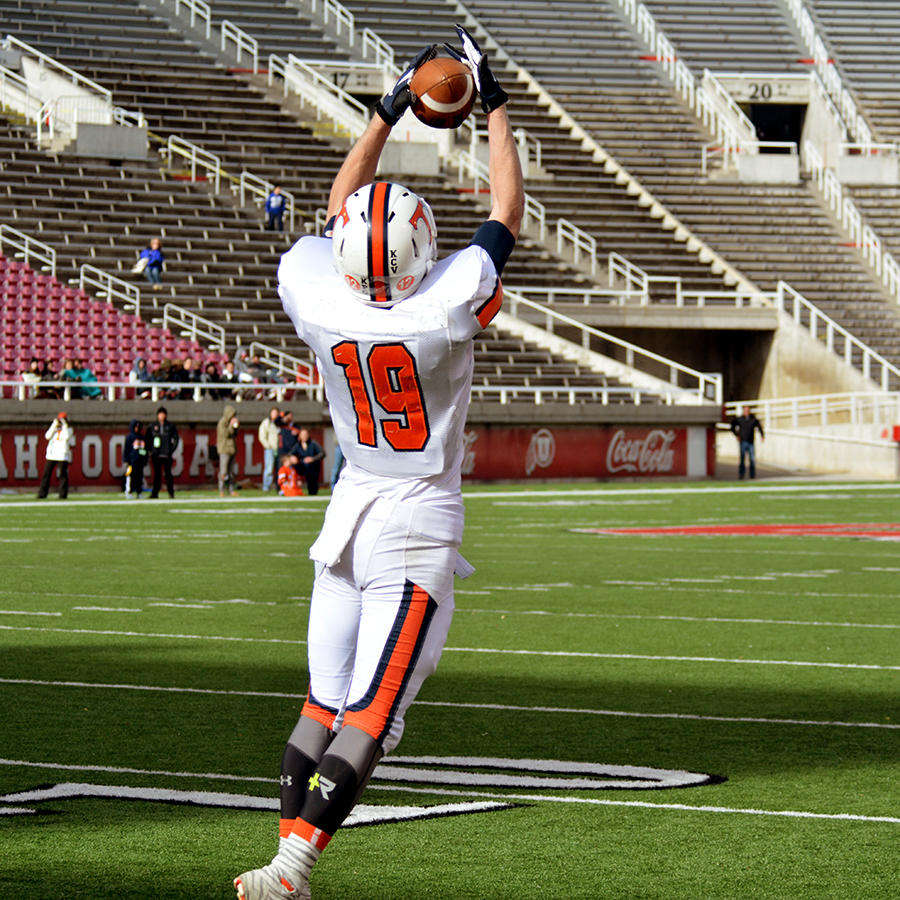 One of Rhett VanLeeuwen’s six catches from quarterback Britain Covey.

Rhett VanLeeuwen, who had six receptions for 96 yards in the game, couldn’t quite pull in this pass. 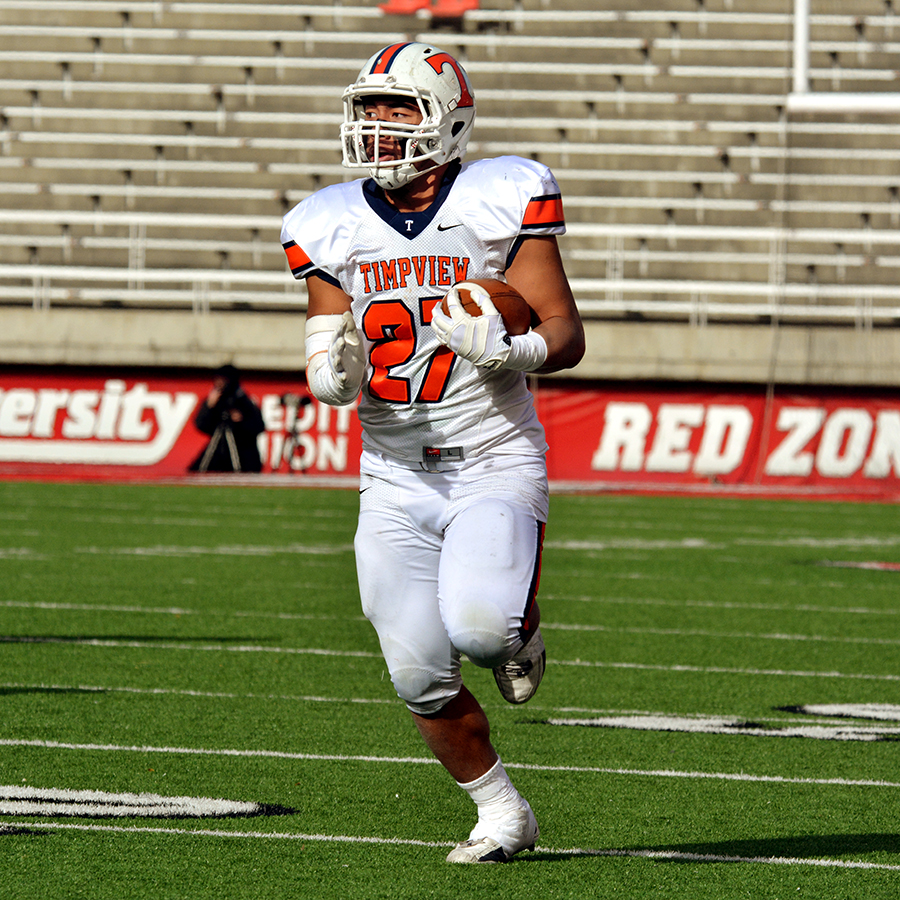 Timpview runningback Porter Case finds just enough of a sliver in the East defense to score the T-Birds’ third touchdown on the day. 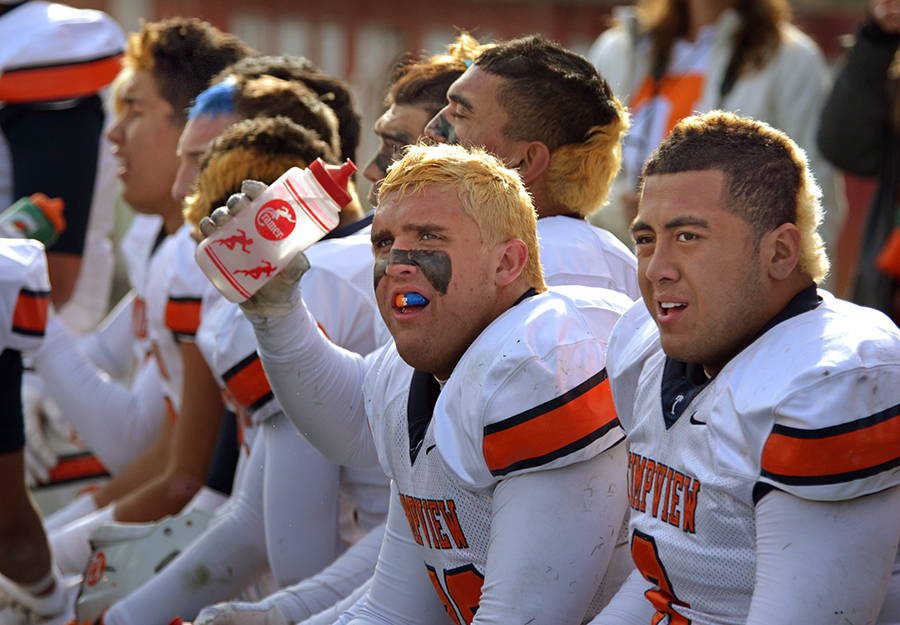 The Timpview defense rests during the second half. 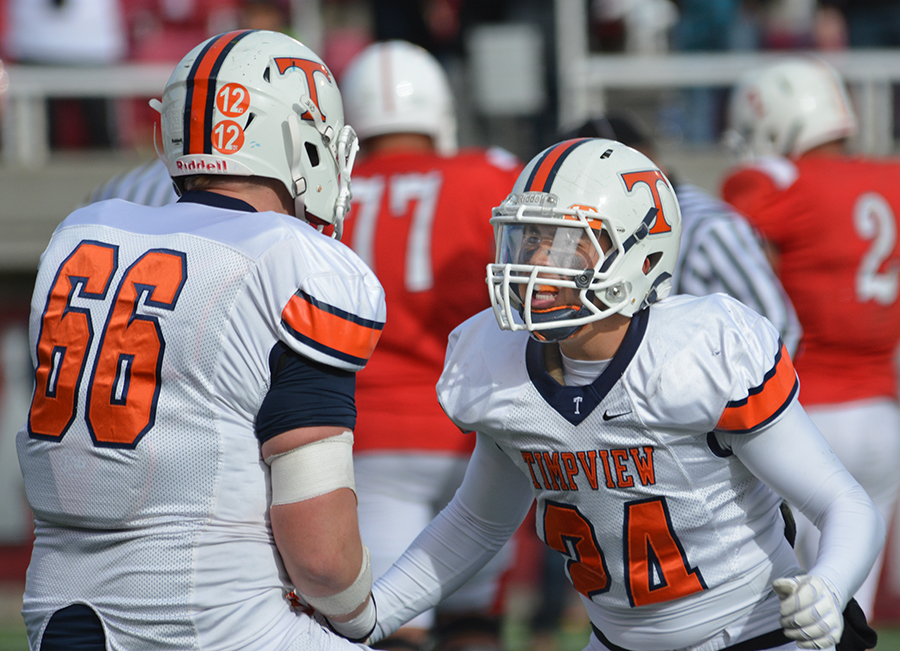 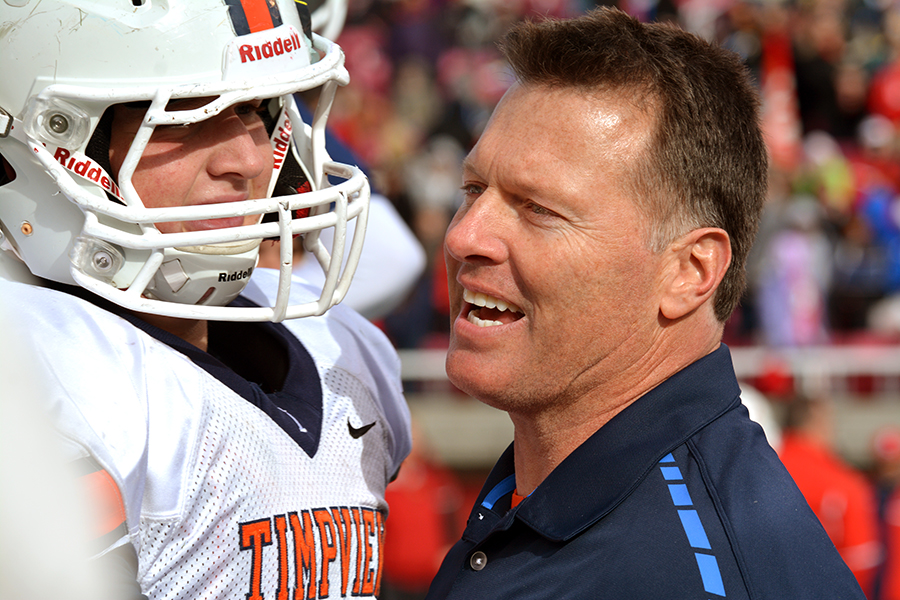 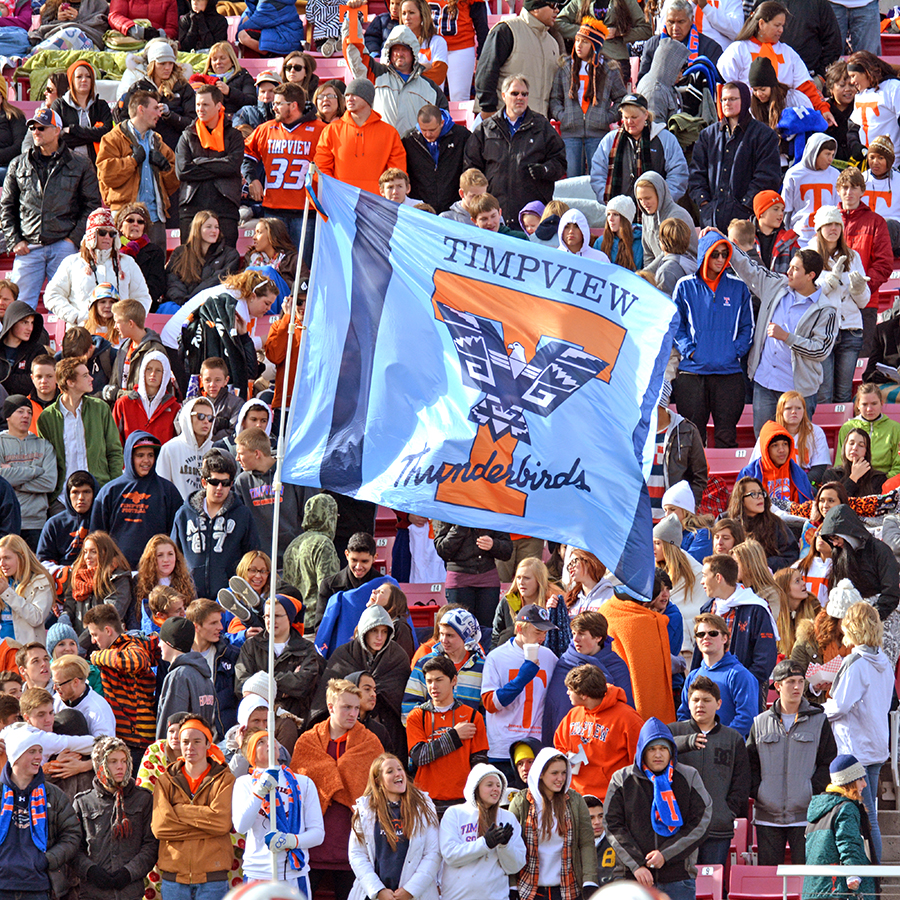 Timpview fans watched as the T-Bird defense pulled off the win. 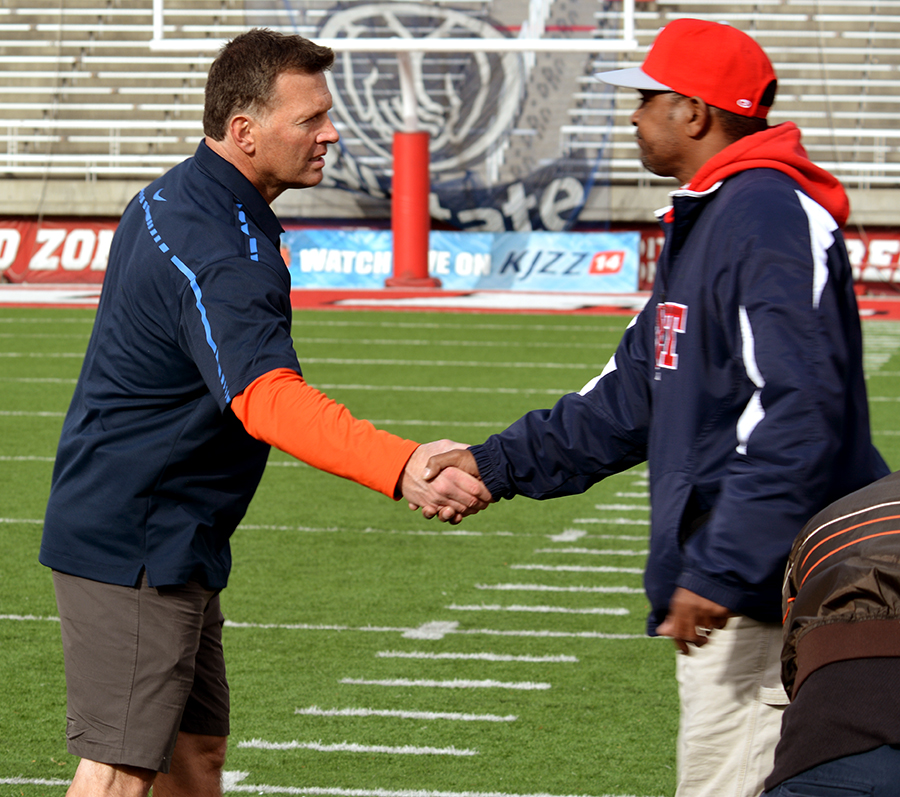 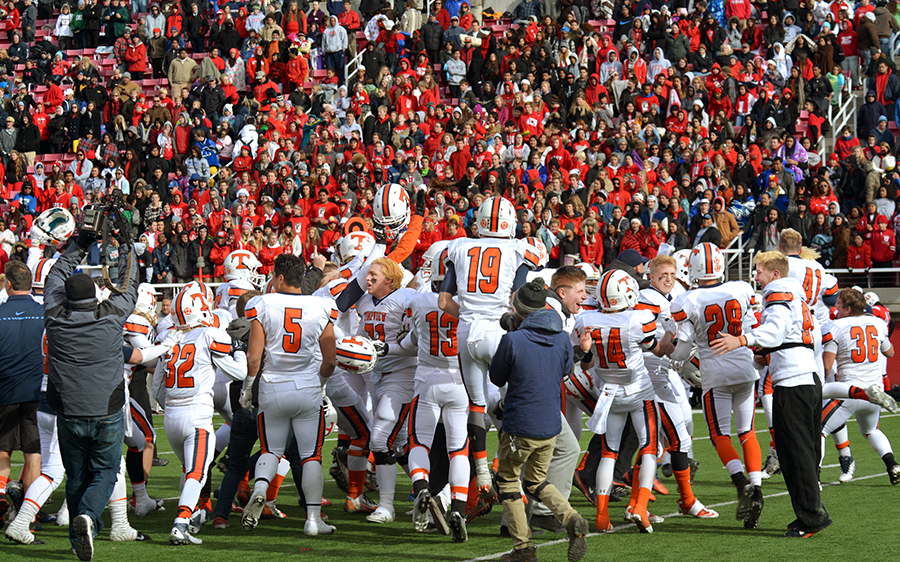 The Timpview Thunderbirds celebrate a second consecutive state championship in front of a deflated East crowd.