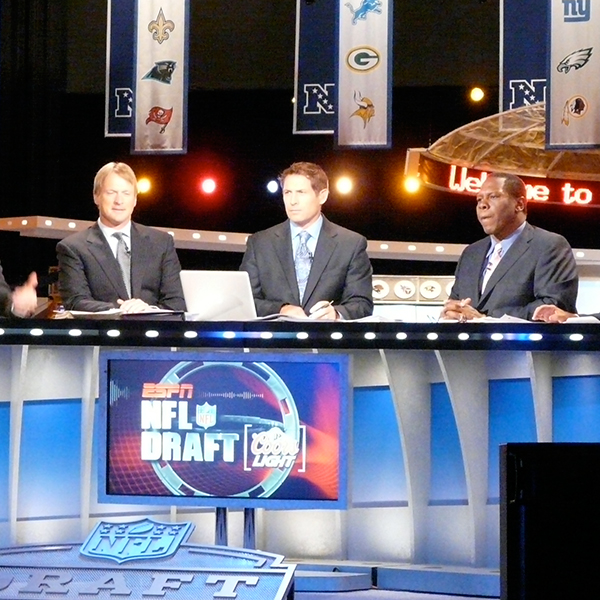 Steve Young has become one of ESPN’s most trusted voices when it comes to commenting on and analyzing the NFL.

There may not be a university in the country that produces as many sportscasters as BYU. Everyone knows BYU for its assembly line of great quarterbacks, the honor code, and Jimmer Fredette.

But the Cougars are prolific when it comes to producing those who talk sports for a living. Not many people are aware of it, or talk about it.

I was reminded of this a couple of weeks ago, when Todd Christensen, a former BYU and NFL star, passed away. Christensen enjoyed a long and colorful career as a broadcaster with NBC and ESPN.

Years ago, I asked him how he got into the business and if he always planned on being a member of the media.

“Broadcasting,” he said, “had never occurred to me when I was at BYU.”

That’s what most athletes-turned-broadcasters have told me.

Although BYU has a top-notch broadcasting department, very few athletes major in broadcasting. 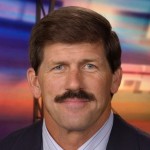 Numerous former Cougar athletes have thrived, or are thriving, in some of the biggest markets for some of the highest-profile media outlets in the country.

One former Cougar football star, Vai Sikahema, was recently inducted into a broadcasting Hall of Fame — Broadcast Pioneers of Philadelphia for his years of work as a sportscaster in The City of Brotherly Love.

Yes, BYU has had its fingerprints all over the sportscasting landscape for decades.

Given their background, accomplishments and talents, it’s no surprise that so many BYU-produced athletes have made the switch from sports to star in another competitive and demanding arena. The same qualities that made them stellar athletes make them stellar broadcasters.

Gifford Nielsen was a longtime sports director at KHOU in Houston. Now, he is S. Gifford Nielsen, a member of the First Quorum of the Seventy. It was fitting that the former quarterback’s inspiring talk during last October’s LDS General Conference was titled, “Hastening the Lord’s Game Plan!”

Other athletes-turned-broadcasters from BYU include golfers Johnny Miller, Bobby Clampett and Jim Nelford. Before he became the President of basketball operations for the Boston Celtics, former Cougar basketball legend Danny Ainge was an NBA color analyst for TNT. 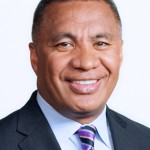 There are many more examples, and I can’t name them all. I’m bound to leave someone out.

The question is, what exactly is the correlation between BYU and the sportscasting profession?

I once asked Elder Nielsen that question.

“Television executives are not only trying to get someone who had experience playing, but someone who is willing to work,” he said. “At BYU, we come out with the type of background where working hard for your employer is a moral obligation. You’re a product of your environment.”

“We try to project ourselves as honest and clean-living,” Sikahema once explained. “As a university, we have a squeaky-clean image. I can’t tell you what that means to those who are hiring in the broadcasting world.”

Sikahema said the plethora of former Cougars with microphones isn’t coincidence. “Many athletes come out of BYU as returned missionaries. They’re married, too, and have a maturity level beyond their years. We don’t have to cultivate our abilities. Coming out ofBYU, we already have them.”

Several former athletes-turned-broadcasters said it has something to do with being frequently requested to speak at church firesides. Coaches encourage players to express themselves in an articulate, thoughtful manner that won’t put people to sleep.

“Some of it could be the LDS upbringing, which teaches you to bear testimony and speak from the heart,” Johnny Miller told me. “The best announcers speak from the heart, not from their head. When you speak with honesty and sincerity, people believe what you’re saying. That’s what I do. Some (broadcasters) may have higher IQs, but I give viewers everything I am and the best that I can.” 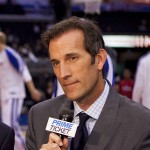 When Christensen was a youth, his father, who served as the bishop of the ward, would often call on Todd to deliver an impromptu talk when a speaker failed to arrive.

“In retrospect, it was a blessing to be performing in front of a group,” Christensen said. “That was the turning point in my ability to communicate with a mass audience. I’m not intimidated when it comes to communicating with a large group of people.”

Former BYU wide receiver Glen Kozlowski hosted a radio show on WGN in Chicago for years. Once he invited Chicago Bears offensive lineman Evan Pilgrim, also a BYU product, to be a guest on his show. At one point during the interview, Kozlowski cued up a rendition of “Rise and Shout” (the same fight song that is played triumphantly after a Cougar touchdown is scored in Provo) to celebrate the pair’s ties to BYU. Kozlowski began singing aloud, but his guest remained silent. Lamentably, Pilgrim didn’t know the words. “Evan, how can you not know the words?” Koz playfully chided. “You guys scored enough times.”

Christensen, who was enamored with polysyllabic words, described his foray into sports broadcasting as “serendipity.” As an athlete, he established a reputation among the media for possessing a large vocabulary, and a knack for witty repartee.

When he retired from the Raiders, he joined NBC, working both NFL and college games. He also had a stint as the host of “American Gladiators.”

While at NBC, Christensen, who was known for his crisp delivery and insightful commentary, called two of the most memorable games of the 1990s — the Buffalo Bills’ dramatic playoff victory over the Houston Oilers (the Bills trailed 35-3 in the second half and won, marking the largest comeback deficit in NFL history). Eight months later, he was there for No. 2 Notre Dame’s upset of No. 1 Florida State, which was hyped at that time as the “Game of the Century” and was one of the highest-rated televised sporting events of the year.

Elder Nielsen, who was Christensen’s teammate at BYU, wasn’t surprised by his old fullback’s success in the broadcast booth.

“Todd has a wonderful vocabulary and he’s outspoken,” Nielsen said. “He’s a fierce competitor. He has always had a lot to say. He’s refreshing to listen to and he doesn’t hide his feelings. He tells it like it is.”

There are plenty of former BYU athletes telling it like it is. These Cougar commentators may shatter the stereotypeabout “dumb jocks.”

And they have fun talking sports, almost as much as they enjoyed playing them.

“When you’ve gained success in something, you apply that to another field,” Sikahema said. “You can succeed in anything you have unlimited enthusiasm for, and I love what I am doing. I may go my whole life without a real job.”

It’s quite a phenomenon.