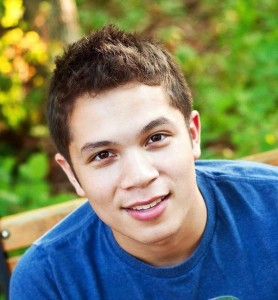 “I’m receiving an award from the Trevor Project because they were impressed and wanted to recognize the effort I am a part of in building bridges between the LGBT community and LDS community,” White said. “… There are people in the community who see the work I am doing as very deserving and needed.”

The Trevor Project is an organization raising awareness of suicide prevention with lesbian, gay, bisexual, transgender and questioning youth. Recently, an ambassador council was established in Salt Lake to integrate the Trevor Project into Utah.

Even before White was involved with the Trevor Project, he was joining in projects encouraging LGBT students to have hope. Last year, White was part of the popular YouTube video, “It Gets Better at Brigham Young University,” made by the Understanding Same-Gender Attraction club at BYU.

This year White is the president of the USGA club. In October this year, the club posted another video “Just Be There,” a video to encourage family and friends to support people dealing with same-sex attraction.

“Overall, the LGBT video reactions have been positive. We’ve had these discussions in more public forums,” White said. “… The ‘It Gets Better’ video was more of an ‘ah-ha’ moment versus the ‘Just Be There’ video being an ‘of course’ moment.”

White will fly to Los Angeles to receive his award at TrevorLIVE on Sunday, Dec. 8.

“This means several things to me,” White said. “In particular, the LGBT community hasn’t left those who consider themselves religious behind. One of the messages the LGBT is putting out there with their stories is that diversity surely encompasses everyone. … There is a way to not just coexist, but thrive together.”

Santa says: An interview with Father Christmas Next post