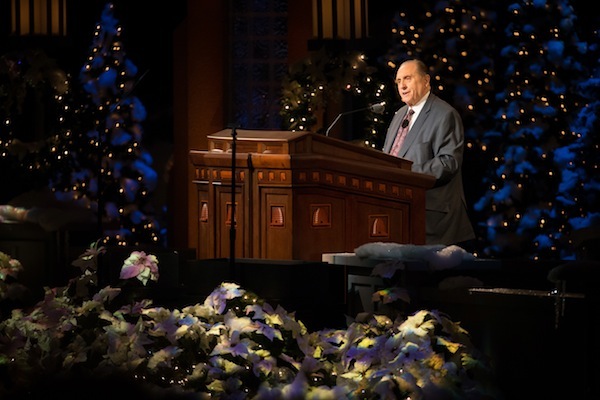 Salt Lake — The Church of Jesus Christ of Latter-day Saints seems to be in the mood for change over the past year, and this Sunday’s Christmas devotional is no different.

“While we anticipate that a member of the First Presidency will participate in the program, it has been decided to give other Church leaders the opportunity to speak at the annual Christmas devotional,” said Cody Craynor, spokesperson for the LDS Church.

Craynor could not confirm who would be speaking at Sunday’s Christmas Devotional.

Over the year, the LDS Church has seen changes as impactful as the change in missionary age, adjusting from 19 to 18 for young men and 21 to 19 for young women, to smaller changes as in the decision to broadcast the Priesthood session of general conference for the first time and the combining of all church women’s organization into one general meeting.

The hour-long Christmas Devotional is sold out, but will be broadcast Sunday, Dec. 8 at 6 p.m. on byutv.org and broadcast.lds.org. Along with talks given by Church leaders, the music will be provided by the Mormon Tabernacle Choir and Orchestra at Temple Square.