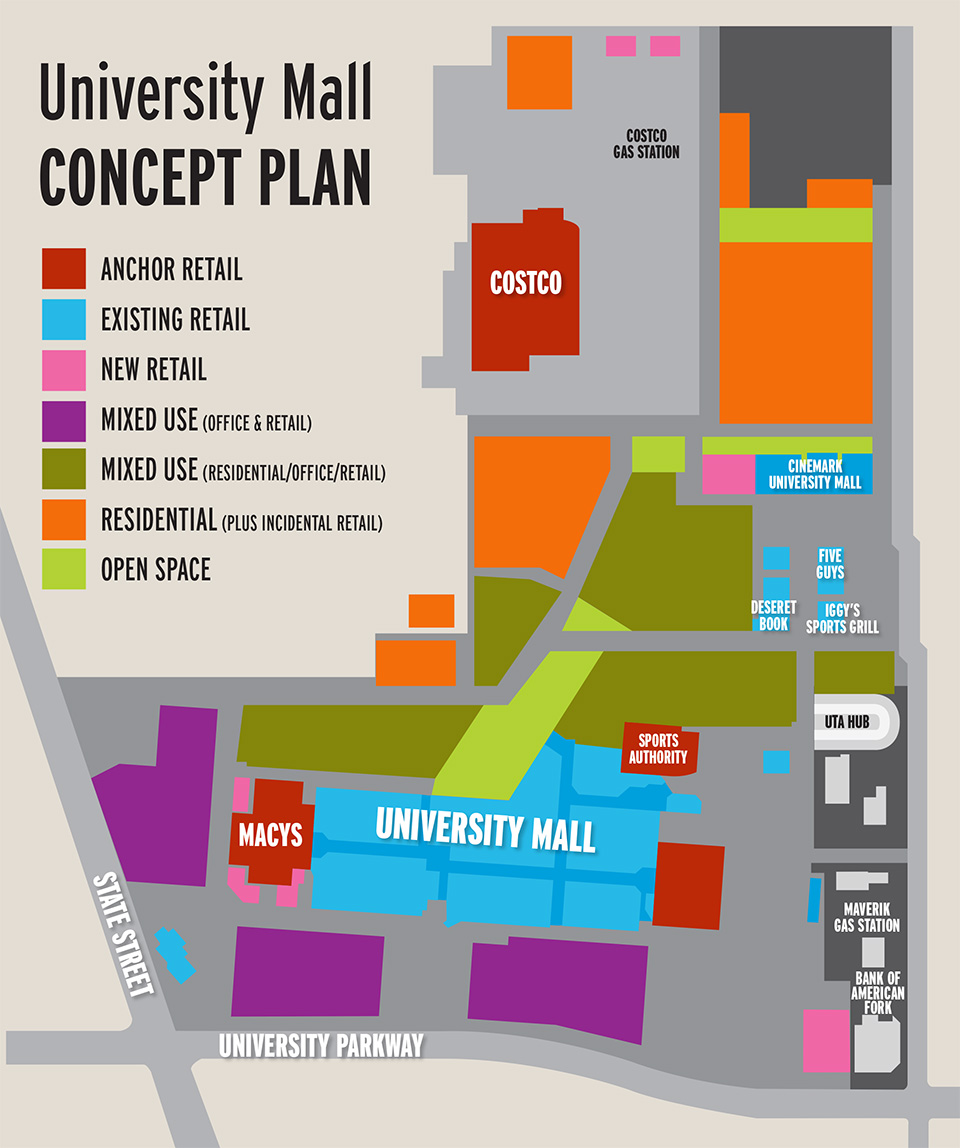 Orem residents will have a chance to tell the city council on Tuesday what they think about a huge mixed-use development being planned at University Mall, just before the council votes on zoning and the concept plan for the project.

Woodbury Corporation has given its presentation to the city’s planning commission and city council already, so the agenda item on Tuesday’s council agenda is mainly an opportunity for more public input before the vote, said Rob Kallas, University Mall manager.

The 112-acre University Place project will change the look and use of the area around University Mall. The company that owns the mall, Woodbury Corporation, plans to build residential units, more retail space, hotel, offices and a massive park. Most of the mall will remain intact except for the part of the building that includes the now-vacant Mervyns department store, which went out of business several years ago. Part of that wing will be torn down early next year — if everything goes according to plan — to begin work on the park. Other parts of the first phase include a new road between 800 East and State Street, an office building on University Parkway and apartments north of the movie theater on 800 East.

“We think it will raise property values,” Kallas said.

Woodbury, which has been in business for more than 90 years and built University Mall in 1973, unveiled plans for the huge project in October. The project was on the city council’s Nov. 19 agenda but continued to Dec. 10. In the meantime, Woodbury held an information open house on Tuesday so people could get a better look at the plans.

“We had hundreds of people come,” Kallas said.

The company has held three open public meetings and met with smaller groups, he said.

“Our proposal has been received quite well,” he said, though some residents are concerned about the residential part of the plan because they don’t know what it will be like. “It’s an education process; we’ve been trying to show what this is in other areas.”

Ivory Homes, which has been in business for 30 years and is the state’s largest home builder, will be building the residential project, and will own and manage it.

In addition to University Mall, Woodbury developed and owns four retail developments and a hotel in Orem.

To see the developer’s presentation, go to http://orem.org/pdf/ds/University-Place-Mall.pdf.