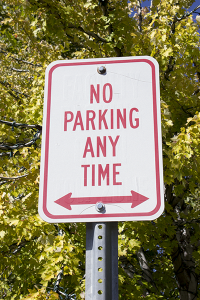 Starting Feb. 1, 2014 there will be some towing changes in Provo.

In a packed room on Tuesday night, the Provo Municipal Council voted unanimously to make some long-awaited changes to the city’s towing law — taking towing decisions out of the tow truck drivers’ hands unless the towing company and property owner have a contract that meets city requirements.

The new law has two tracks: one that would allow towing companies to boot and haul away vehicles, if the property owner has met certain requirements; the second would require a tow company to call a property owner’s designee before towing or booting if the owner hasn’t met the requirements — referred to as call-per-tow.

City staff will compile data on the effects of the towing changes and report back to the council in December next year.

In the last 12 months, there have been 3,585 cars towed in Provo for being parked illegally. Provo Mayor John Curtis and the municipal council members have heard from many of those towees. They complained that the parking lot conditions were confusing, so they didn’t know it was illegal to park; they needed to park there and there were no options for parking; the violation was petty, like a tire on a line; they thought they did everything they could to avoid illegal parking; and they didn’t think the fine met the crime.

“I’m excited that you’re looking for the opportunity to provide checks and balances to a predatory industry that unfortunately has exercised a lot of power over defenseless students,” said Provo resident Justin Hicken.

Not everyone was happy. Michael Lamont, owner of University Parking Enforcement, which has 80 percent of the towing market in Provo, asked the city not to support the proposal. He said he’d be willing to support a voluntary program, but not a mandatory program.

“This legislation is unreasonable and inappropriate,” he said. “It violates private property owners constitutional rights.”
Council attorney Brian Jones disagrees. He said call-per-tow laws around the country have been challenged for constitutionality, and all those challenges have failed. The part of the Provo law that hasn’t previously been upheld by a court is the second path provided in the law, but because it’s voluntary he doesn’t understand how that could be challenged.

Some business owners were concerned about how the law will affect them, because many of the provisions seem to apply to residential lots. Curtis said he’s willing to talk to business owners but didn’t think they should be excluded from the new law.