6 Christmas paintings you need to know

Art and Christmas are inseparable. Here are some of the season’s most notable strokes of Jesus.

This 2006 painting, measuring 7 by 17 feet, went on display in BYU’s Museum of Art in 2007 and depicts a concourse of angels visiting the newborn Christ child. Kershisnik studied at both the University of Utah and BYU and now lives in Provo. “There is a fundamental element that makes a picture succeed that is outside of my control,” Kershisnik said in his artist statement. “It is a gift of grace every time it occurs and is as surprising to me as it is to any viewer taken by an image.” 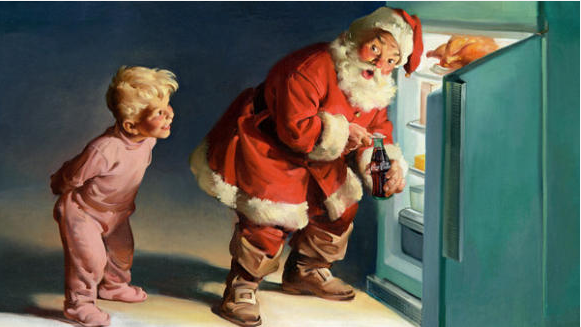 It’s hard to pick a favorite vintage Coke Santa ad, but this one’s pretty adorable. Coca-Cola is often credited with changing the collectively held image of Santa from being tall, gaunt and spooky to being the rosy, round and jolly Santa Utah Valley children know today. This painting marked the beginning of a new trend in Coke-commissioned Santa illustrations from Michigan-born artist Haddon Sundblom. After its release in 1959, Coke’s Santas were often depicted not as solitary subjects, but in Christmas scenes where elves, children, pets and toys help tell stories. 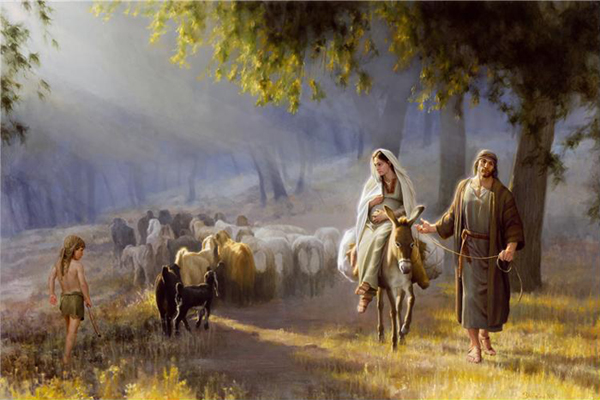 Provo-resident Joseph Brickey also studied at BYU, as well as around the world. He uses classical forms and compositions. He said in his artist statement, “the greatest art is that which generates the greatest good.” Some of his works are part of the Springville Museum of Art‘s collection. 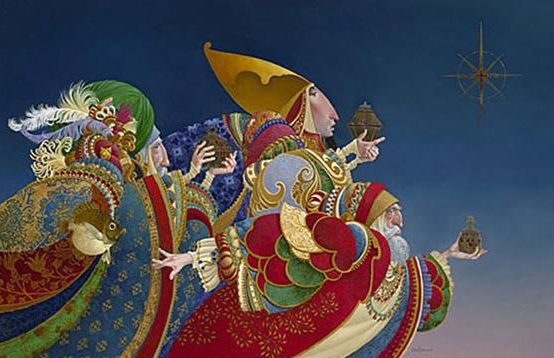 James Christensen is well known in these parts for his unique fantastical art. He received his masters from BYU and taught art there from 1976 to 1997. In the original painting of “We Three Kings,” finished in 2003, the star and the three gifts of the kings are crafted in gold leaf. See more of Christensen’s art on display in the “Curiouser & Curiouser” exhibit at the Springville Museum of Art through April 6. 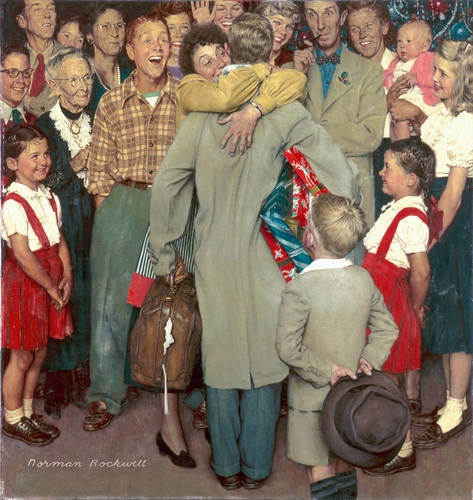 Normal Rockwell created many delightful Christmas-themed works of art, but this one might hit closest to home for the many families of Utah Valley missionaries headed home this month. This oil-on-canvas painting was the cover art for the Christmas Day edition of The Saturday Evening Post in 1948 and is now part of the permanent collection at the Norman Rockwell Museum in Stockbridge, Mass. 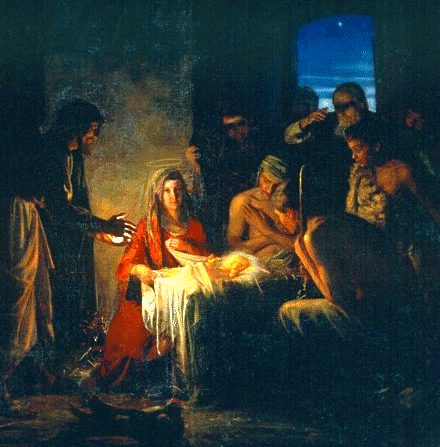 Danish painter Carl Heinrich Bloch died in Rome in 1890, but his work lives on in Utah Valley today. His pieces are included in a new exhibit at the BYU Museum of Art called “Sacred Gifts.” Bloch’s depictions of the life of Christ, including “Manger Scene,”  were commissioned by J.C. Jacobsen to display in the King’s Praying Chamber in the Fredericksborg Castle Chapel. He worked on the project for almost 14 years.

5 ways to slow down and savor the holidays Previous post