One week to BYU bowl game 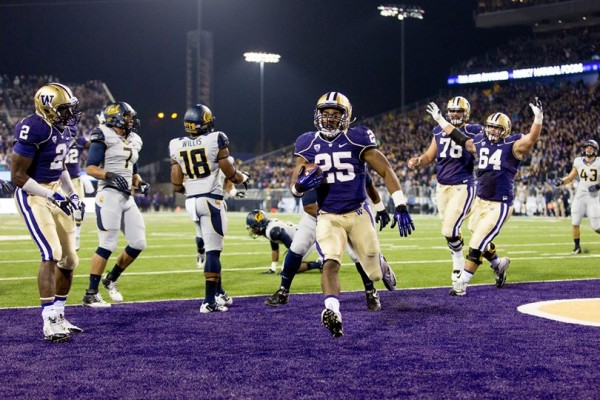 The BYU Cougars football team is going bowling for the ninth straight year, attempting to win its fifth straight in the postseason. But the competition is only getting tougher as the Cougars will take on the Washington Huskies team in the Fight Hunger Bowl in San Francisco on Dec. 27.

In the last eight years, BYU has gone 3-2 against Pac-12 opponents, most recently beating Oregon State in 2009. But BYU head coach Bronco Mendenhall said Washington might be the most talented team the Cougars will have faced in several years. 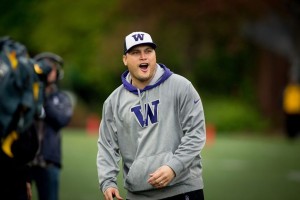 “In my opinion, in now our ninth bowl game, this is the strongest opponent we’ve played,” Mendenhall said. “This is the best team. This is a team that has already played 12 games and played them well.”

The Huskies will be without their head coach Steve Sarkisian, a former BYU quarterback, who recently accepted the vacant head coaching job at USC. Washington named former Boise State head coach Chris Petersen to fill the vacancy, but head coaching duties for the bowl game will fall to quarterbacks coach Marques Tuiasosopo.

However, Washington has one of the best running backs in the nation, Bishop Sankey. The junior second team all-American has rushed for 1,775 yards and 18 touchdowns on the season, good for third and sixth in the nation respectively.

The offense is made even more dangerous with dual threat quarterback Keith Price, who has thrown 20 touchdown passes against just five interception. Price has another five TDs on the ground. The offense as a whole averages 514.3 yards per game, 11th in the nation. Mendenhall said he is excited for the opportunity to play against a team of the Huskies’ caliber.

“We are looking forward to the opportunity to play Washington,” he said. “I’m proud of our team. We are excited to be in the postseason with a chance to grow our program facing an outstanding football program.”

Meanwhile, the Cougars are equally dangerous offensively. The team averages 261.4 rushing yards per game, 14th best in the country.

For the first time in school history, the Cougars have two players averaging more than 100 rushing yards per game. Sophomore running back Jamaal Williams is averaging 109.3 yards, while sophomore quarterback Taysom Hill adds 100.9 yards per game. The two have combined for 16 rushing touchdowns. Hill also has 2,645 yards and 19 touchdowns through the air. 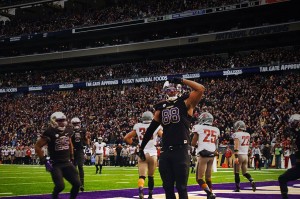 The Huskies are aware of the challenge facing them in the bowl game, both in terms of  tempo and skill.

“(BYU’s offense) goes fast,” senior defensive back Sean Parker, “That’s the huge emphasis going into this game due to the strength of the opponent. We have got to do a good job of lining up and executing.”

Tuiasosopo agreed and said he thinks the team is ready for the challenge.

“I think we’re right on track,” he said. “We’ve had a lot of time to watch the film, and we’ll continue to watch and critique what we have to see if we need to make any changes. I think what’s right in front of us is in their sights and the excitement builds by day.”

The bowl game will likely feature lots of points and a good deal of excitement. Mendenhall said it’s probably one of the best match-ups of the year.

The game will kick off at 7:30 p.m. MDT and will be televised on ESPN.

Book review: '10 Questions to Ask While Preparing for a Mission' Previous post