From ‘Wildfire’ to Wild Mustang 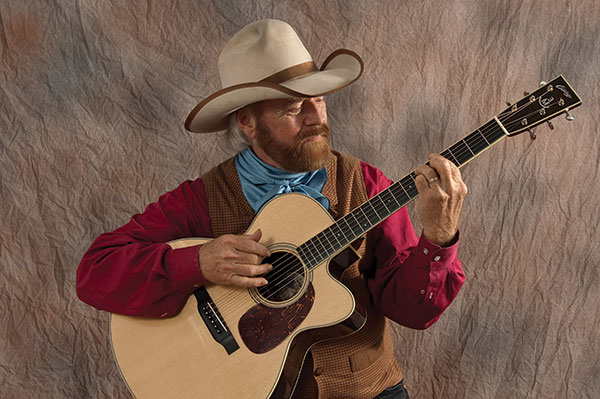 The flavor of Michael Martin Murphey is evident in Orem’s Wild Mustang Grill. He’s bringing his music back to Utah on Nov. 9 at 6 p.m. at the LDS Conference Center in Salt Lake City.

Country singer Michael Martin Murphey launched into the spotlight after his hit single, “Wildfire,” climbed to the top of the Pop Charts Billboard in 1975. Although his singing and touring career has slowed since then, he still keeps a dash of wild in his life through his involvement in an Orem restaurant — the Wild Mustang Grill and Bakery.

Michael got involved when Provo’s Glen Overton approached him about the idea of opening a restaurant based on Michael’s cowboy lifestyle and love for southwestern food. Michael says he couldn’t pass up the chance, and Glen was thrilled to bring this type of restaurant to Utah Valley.

“There are a lot of restaurants out there, but I like to have a steak and beans slapped on my plate,” Glen says. “What more do you need?”

Turns out while Michael also loves the steak and beans, his favorite menu item is the salad named after his song “Wildfire,” which includes a mix of vegetables and a choice of meats. But even more than the menu, Michael enjoys visiting Utah Valley.

“Some old friends showed up to hear me play at the restaurant’s opening, and it was like playing for family,” he says. “I them brothers and sisters.”