Home LDS Being LDS Unto all the world: The LDS Church’s growth in Africa

Unto all the world: The LDS Church’s growth in Africa 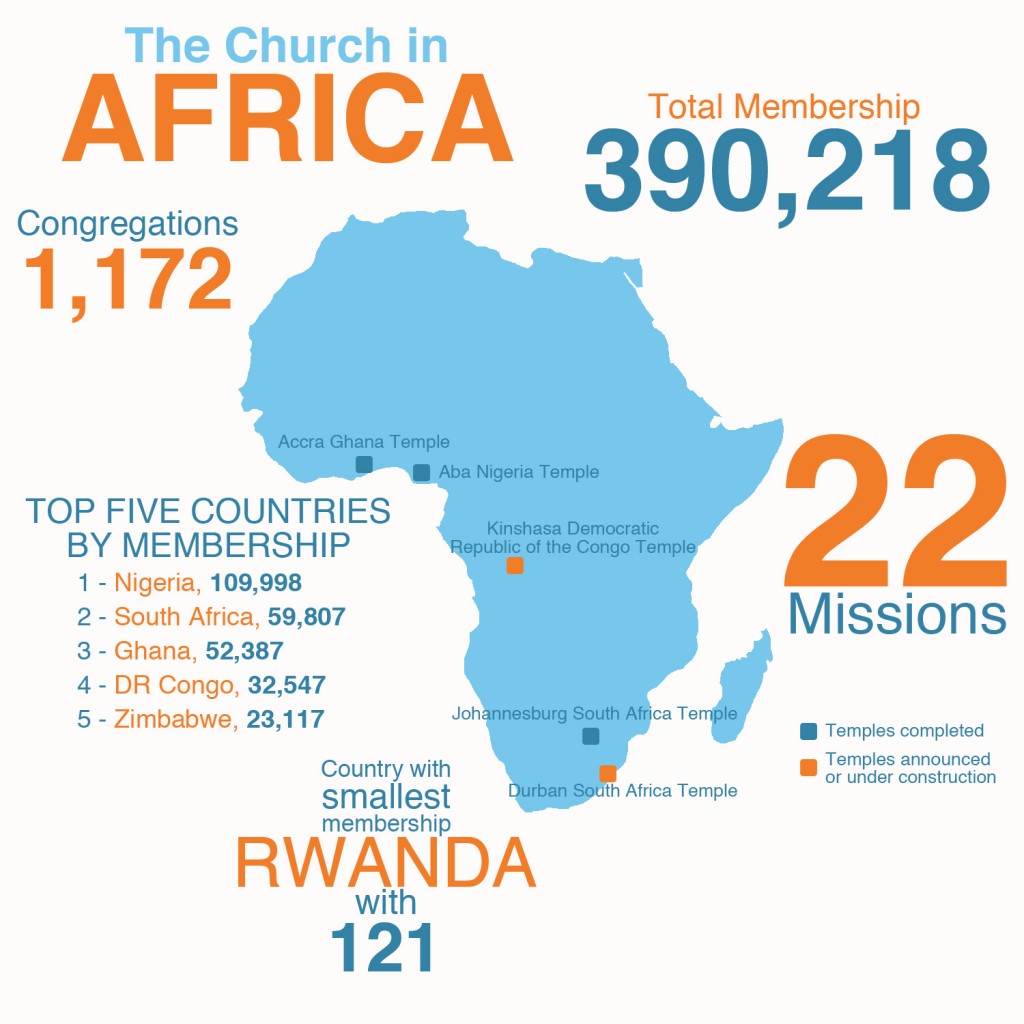 On a visit to Burundi, Elder Jeffrey R. Holland said that “Africa has been held in reserve by the Lord” and “will someday be seen as a bright land full of gospel hope and happiness.” That prophesy is coming true today.

The revelation extending the priesthood to all worthy males regardless of race was received in 1978, opening the door for missionary work in Africa. The Africa West Mission—which has since been divided several times as the Church grows—was created in 1980. President Gordon B. Hinckley announced temples in Ghana and Nigeria in 1998 and 2000, respectively.

Today, the Church has nearly 400,000 members in Africa and counting.

While the complete story of the African saints is told in their lives and individual conversions, the cold, hard facts tell a story of their own.

Nigeria, the African country with the most Church members, has more than 110,000 members in 350 congregations—nearly double second-place South Africa’s 59,807. At the end of 2004, Nigeria had 68,777 and South Africa had 40,482. Today, Rwanda has the fewest members with 121 in two congregations; it had no recorded membership in the 2006 Church Almanac.

The continent has 180 family history centers, 135 of which are in South Africa, Nigeria and Ghana. Three temples—one in each of those countries—are currently operating, with two more announced in the Democratic Republic of the Congo and Durban, South Africa.

10 local seasonal treats to up your holiday cheer Previous post

The elf much too big for a shelf Next post