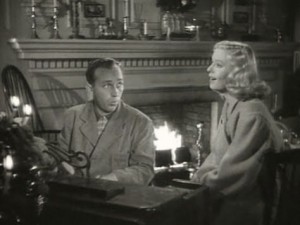 “White Christmas,” as sung by Bing Crosby, is not only a popular holiday tune, it’s the best-selling single recording of all time. The song’s composer, Irving Berlin, was Jewish.

Turn on the radio or walk through any shopping center during the month of December, and you’ll certainly hear some of these tunes: “Silver Bells,” “Winter Wonderland,” “Santa Baby” and “White Christmas.” But what do all these jolly jingles have in common? Here’s a clue: They were penned by writers who don’t actually celebrate Christmas. That’s right — many of America’s most popular holiday songs were written by Jews.

Including a few from the list of the 10 most-played holiday songs of 2012, here are our five favorite Jewish-influenced holiday numbers.

It began as an orchestral piece, but Jewish lyricist Mitchell Parish added words (ring-ting-tingling!) a few years after the music was finished. This song has been ranked the No. 1 most popular holiday song for the last four years, and during that time new versions of the song were released by She & Him, REO Speedwagon, fun. and Sufjan Stevens.

2. “The Christmas Song (Chestnuts Roasting on an Open Fire)”

Christmas songs don’t get any more traditional than this one, which was written and composed by Mel Tormé and Bob Wells, both of whom are Jewish. Unlike some other popular holiday songs, this tune is explicitly about Christmas, with its talk of tiny tots awaiting Santa’s toys and goodies. To add to the irony, “The Christmas Song” was written in July during a particularly hot summer.

According to Guinness World Records, Bing Crosby’s recording of “White Christmas” isn’t just a popular song — it’s the best-selling single recording of all time. This sentimental song was written by Jewish-American Irving Berlin.

Written and composed in 1945 by the well-known Jewish songwriting duo of Sammy Cahn and Jule Styne, “Let It Snow” became a No. 1 hit the year after it debuted. The song’s popularity continues today, with recent recordings by Michael Buble, Jewel and Lady Antebellum.

“I’ll Be Home for Christmas” is another Bing Crosby hit, though this melody was created by Walter Kent (Jewish), Buck Ram (Jewish), and Kim Gannon (not Jewish). Like “White Christmas” this song was written during World War II, and it immediately topped charts with its nostalgic notes.

The elf much too big for a shelf Previous post

What am I supposed to do with this? Next post