The Risenmay family of Payson woke up to a horrific scene in their backyard on New Year’s Eve  — their duck, five chickens and two pygmy goats had all been brutally killed. The family’s children discovered their dead pets when they went outside to take care of them.

Rabbits and chickens at a neighbor’s house were killed too.

Police say it looks like a dog killed the animals, based on the wounds and dog prints found at the scene. The Humane Society of Utah is offering a $5,000 reward for information leading to the arrest and conviction of whoever is responsible for the pets’ deaths.

MacNeill’s sentencing was scheduled for Jan. 9, but that may be changed now that this motion has been filed.

If you get a call on your cell phone from the 473 area code, it’s a good idea to let it go to voicemail, and a really bad idea to call back. People all over Utah — including Utah Valley residents — have been reporting calls from numbers in that area code. When they answer, they hear someone moaning and sounding distressed, then the caller hangs up. Thinking the caller may need help, some people have called back only to discover the number belongs to a phone sex line in Grenada that charges them for the call.

Someone broke into at least five apartments this week at Wolverine Crossing in Orem. Two Orem police officers were able to find the suspect, who then ran. They chased and caught him, and recovered all the property stolen from the apartments. 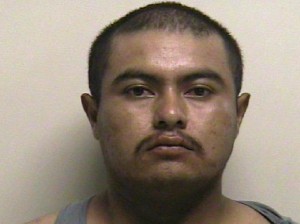 A man accused of driving drunk, and hitting and killing a woman wanted a charge against him dropped because of the way the Utah law is written. Ramiro Hernandez is charged with automobile homicide by DUI, leaving the scene of an accident involving death, causing an accident involving property damage and driving without a valid license. His attorneys argued to a judge this week that the failure to remain at the scene of an accident charge should be dropped because prosecutors didn’t present evidence that he could have reasonably known he was involved in a crash that killed someone.

The Utah law reads “The operator of a vehicle who has reason to believe that the operator may have been involved in an accident resulting in the death of a person shall immediately stop the vehicle at the scene of the accident or as close to it as possible without obstructing traffic more than is necessary … .”

Prosecutors argued he only needed to know he was in an accident, not that he killed someone.

The judge agreed the law was “grammatically ambiguous” but was unwilling to throw out the charge.

Hernandez is accused of hitting a parked car, then Ashlee Zimmer, who was sitting on the curb next to the parked car. He then crashed through a fence and ran, according to police. Officers found him hiding behind a garbage can a few blocks away.

A trial date hasn’t been set.