Home Moms & Family Because I said so Supersize us: Lessons from my big, fat Mormon family

Supersize us: Lessons from my big, fat Mormon family 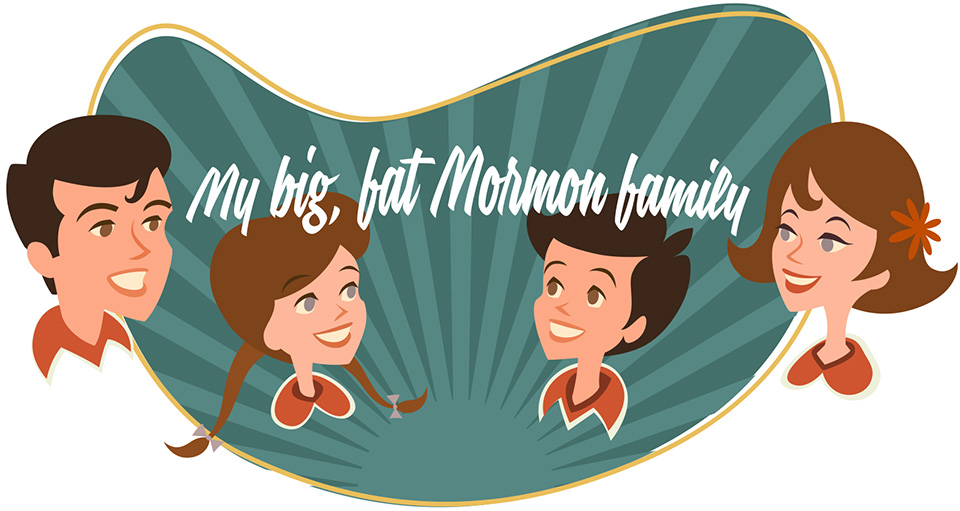 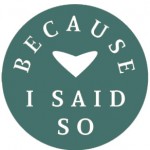 Big families can teach you many things. Some are practical: Don’t leave your nail polish on the counter unless you want it painted on the carpet. Some are more philosophical: You aren’t the center of the universe; love should be multiplied, not divided; there’s a special room in hell filled with unfolded laundry and unmatchable socks.

I come from a family with 11 kids. My husband is from a family with 10 children. These are supersized numbers even by Mormon standards, and it means our kids need a flip-chart to keep track of their various aunts, uncles and cousins. It also means I go through most days with a panicky feeling that I’m forgetting someone’s birthday, or wedding anniversary, or given name. Chances are, I am.

I could fill a country album with the lessons I’ve learned from my big, fat Mormon family, but here are some of my favorites:

There’s no such thing as too many bathrooms

When my parents built their dream house, it was basically a series of hallways connecting bathrooms. There may have been a kitchen and a bedroom or two in there, but the seven girls in my family were planted firmly in front of the mirrors, teasing our bangs and misting the air with a cloud of Aqua Net. When I first met my husband, I could never understand why his parents built such a beautiful house with so few bathrooms. But, because the Andrus ratio of boys to girls was 8:4, it’s safe to assume that most of the family members simply peed outside.

My parents drove old, junky cars for a reason. My sister Sarah drove into our front-gate callbox the day she got her driver’s license. My sister Emmalie crashed our Honda headfirst into our 15-passenger Ford van. After that crash, my brother Steven started wearing a “crash helmet” whenever he rode with Emmalie. But then Steven drove our Honda up a palm tree, and the crash helmet started seeming a bit judge-y and over-the-top.

Still, I won the award for vehicular-induced stupidity when I bailed out of a moving Suburban to chase our runaway dog, forgetting to first put the car in park. Without its driver, the Suburban plowed into an ocotillo cactus, where it came to rest. If you look closely, you can still see the Suburban’s outline there today.

Your spare change is in your brother’s digestive tract

At the emergency room where my dad worked, the doctors used to keep a board displaying things they had removed from people’s eyes, ears, mouths and noses. Despite my parents’ neurotic vigilance, we contributed a handful of items to that board. One was a watermelon seed, which my brother Jared stuck in his ear at the Sizzler buffet. (Why not stick a watermelon seed in your ear at the Sizzler buffet?)

It didn’t make the board, but my brother Jacob swallowed a quarter one time while riding his bike. As he tells it, he was riding his bike and “holding a quarter in his mouth.” (Why not hold a quarter in your mouth while riding a bike?) He hit a bump and the quarter lodged in his throat. This necessitated a panicked trip to the emergency room, which was cut short when Jake barfed the quarter up in the car. No harm, much foul.

In my husband’s family, if you try to nibble off someone else’s plate, you’ll get stabbed in the hand with a fork. It cracks me up when my brothers-in-law hunch over their food at the dinner table, as if guarding their plate from some invading army. My sisters and I shared our plates like lipstick, so I was puzzled as a newlywed when my husband didn’t want me to eat half his French fries or one of his two junior bacon cheeseburgers. (I mean, he had two.) Thirteen years into our marriage we’ve settled into a routine that works for us. At the drive-thru I say I don’t want anything, and then he doubles his order just to be safe.

If you think it’s noisy now, wait until the grandkids come over

When I was changing a diaper or wheeling a stroller through the mall as a teenager, I used to envy my little brothers and sisters. “They’ll never have someone smash up all their makeup,” I’d think. “They’ll never have to sit in this hot, smelly car with all these hot, smelly kids while their parents shop for light fixtures at the Home Depot.” Ha, ha, ha, ha, ha, ha, ha. My middle siblings don’t have to take care of one baby, they have to take care of five. And all five said babies want nothing more than to wipe their hot, smelly hands on their uncle’s clean clothes or to throw up in their aunt’s new car.

When my parents were having kids, I don’t think they did the math on grandchildren. Generally with your own kids, you add them to the mix one at a time. With grandkids in big families it’s straight multiplication, and kind of like getting a Gremlin wet: Turn your back for one minute and more little monsters are popping up everywhere.

The more the merrier

The house I grew up in was loud and noisy, messy and fun. There was always a dance party going on somewhere, and at any given moment someone was probably putting a watermelon seed in his ear or gum in his armpit. (Why not put gum in your armpit?) Sure, I had to share a room, and the back of our van was the pit of McDonald’s Toy Despair. But at the end of the day, I have 10 other people who will drop everything and roll their eyes with me when my mom reloads a perfectly well-loaded dishwasher or my dad puts on his “nice” fanny pack.

And that, my friends, is a gift beyond measure.