Utah Valley gay couples not surprised by marriage stay, but still have hope

Shelly Eyre (left) and Cheryl Haws were married in Utah County on New Year’s Eve. The U.S. Supreme Court has ordered a stay on same-sex marriages until Utah’s appeal can be decided by the 10th Circuit Court of Appeals. (Photo courtesy Shelly Eyre)

A decision Monday morning putting a stop to same-sex marriages in Utah — at least temporarily — may have thrown some Utah Valley families into legal marriage limbo.

The U.S. Supreme Court granted request by Utah to halt same-sex marriages in the state. The state asked the court to put a stop to the marriages until its appeal of a December decision by a federal judge can be decided by the 10th Circuit Court of Appeals.

More than 900 couples were married in the short time between the decision and the stay.

“Utah’s Office of Attorney General is carefully evaluating the legal status of the marriages that were performed since the District Court’s decision and will not rush to a decision that impacts Utah citizens so personally,” said Utah Attorney General Sean Reyes in a statement on Monday.

Lehi resident Shelly Eyre’s marriage is one of those being evaluated by Reyes’s office.

“I just started to cry,” Eyre said when she heard the news on Monday. She and her partner of more than eight years, Cheryl Haws, were married on New Year’s Eve by their daughter. When she told Haws about the news, “she just hugged me. She’s very strong and she’s been through a lot. We were partly prepared for this. We were married in our hearts long before the state of Utah said we could. We will continue to love and support each other and our family and community the best way we know how.”

Arlene Arnold and her partner of 21 years were married in a small ceremony in their Lehi home on Dec. 27. They were the first same-sex couple to apply for a marriage license in Utah County after the federal judge’s decision to allow gay marriage in Utah. Utah County initially denied their application, but then granted it.

“As long as it’s just a stay it doesn’t affect our marriage,” Arnold said. “If they don’t side with us and decide Utah is going to win this case, then I’m going to be really disappointed and really sad.”

What she’s most disappointed in is the the tax dollars Utah is spending to fight same-sex marriage.

“I guess the thing that is so sad to me is that with the condition of our world, in our state and nation with so many people not having enough to eat, the state is going to spend $2 million from our state budget,” Arnold said.

Arnold says it’s a civil rights issue, and that she and her wife should have the same rights as other couples.

“In the event that they declare the state the winner, it’s going to be interesting to see what they do to those already married,” Arnold added.

If it comes to that, Arnold — a lifelong Utah County resident — said she and her wife would pursue being married in another state so that they can file taxes jointly and get federal benefits. They don’t want to leave Utah, though, because she’s retired and they have their two grandchildren here.

Eyre said it would be difficult for them to leave Utah, but they have talked about it in the past. Haws is just finishing her Ph.D. — they’re both clinical social workers — and will graduate in March. However, all their family is here, including children and grandchildren, nieces and nephews.

“We felt married for many years,” she said. “That paper (the marriage license) … it’s important because the hope is it can give us some protection under the law.”

They’ve had a lawyer draw up legal documents to protect themselves. But it’s not the same as being married.

Eyre said her greatest fear is something happening to one of them and the other one not being able to make the important legal decisions or be at the hospital.

“Those protections under the law is what’s important to us,” she said.

Before being married in Utah, Haws and Eyre had a commitment ceremony in Hawaii. Because none of their family members could be there, they gathered shells, stones and driftwood to represent them at the ceremony. When they were married in Provo on New Year’s Eve, they had those items with them, along with some members of their family, friends and others who wanted to celebrate with them. Their wedding was put together by people they’d just met, complete with a photographer, harp player and food.

“We own a business, we pay our taxes, we send our kids to school; we’re more like people than unalike,” Eyre said. “We just want to be married. Having our relationship validated is all we really want.”

She said the decision to allow same-sex marriage gave her, and others, hope. “We want to continue to believe that there’s hope.” 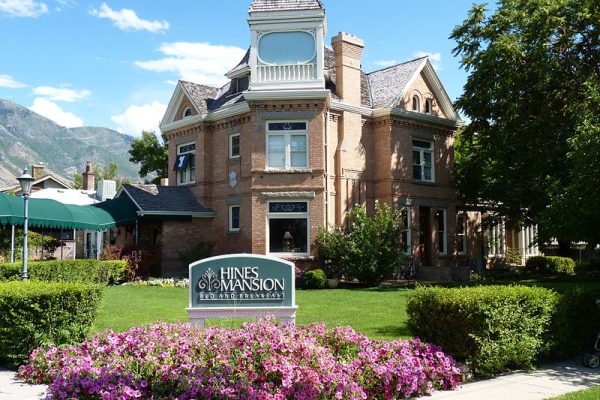