UV crime: Snake in a belly? 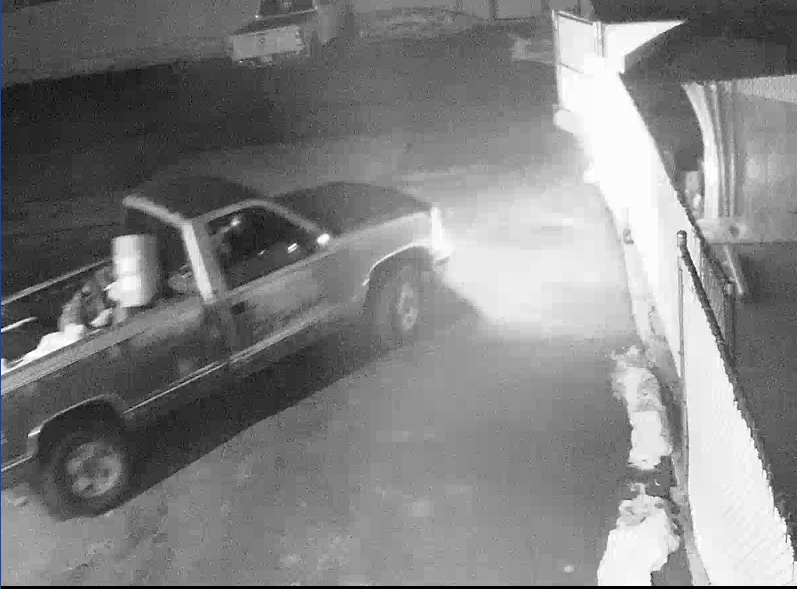 Two men loaded a Chevy single-cab truck with products from the back of a business early Wednesday morning. The police are looking for any information on the men. (Photo courtesy Provo Police Department)

A Lindon man and his sister are accused of illegally importing a wild-caught white boa constrictor from Brazil to the U.S., which he reportedly used to breed with other snakes at his business, Jeremy Stone Reptiles.

Prosecutors say Stone discovered the snake in Brazil and schemed to get it. Though the snake was eventually imported via Guyana, Stone and his sister reportedly tested ways to get it out of Brazil, including his sister using a fake pregnancy belly.

The two could face federal prison time if convicted.

Stone denied the charges in a statement on his website, boaconstrictor.com: “I would first like to say that I appreciate your support in these difficult times. Stone Reptiles will continue to do business as usual and I will service my clientele with the same degree of attention and efficiency as I have done in the past. I have retained counsel, Larry M. Bakman, to contest the charges filed against me by the government. It goes without saying that I deny the allegations and I will dispute the same in a court of law. I have been instructed by counsel not to discuss the facts of the case on either the web or in the media. I can say that I look forward to disproving the government’s allegations in trial and ask that my supporters and the reptile community in general exercise patience in forming a premature judgment until such time as my case can be presented in court.”

‘Under the Banner of Heaven’ killer competent

Ron Lafferty, one of the killers Jon Krakauer wrote about in “Under the Banner of Heaven,” is competent, a federal judge ruled on Thursday. Lafferty and his brother brutally murdered their sister-in-law and 15-month-old niece in American Fork in 1984.

Lafferty is now 71, and has been twice convicted in the murders and sentenced to death.

In the pre-dawn hours Wednesday, two men went into the back area of a business, cut a fence and started piling up items from the business, Provo police say. An employee saw them and chased them off. But instead of leaving for good, the two men got their truck, backed it up to the area where they’d cut the fence and loaded the property they’d stacked up. The employee confronted them and they took off.

Police are looking for two men driving a Chevy single-cab truck — possibly a 1992 model — with two-tone paint, either blue and gray or two shades of blue. The paint is peeling off the sides and hood. If you know the men, call Provo police.

Police in San Diego are still looking for Gianni Leonardo Belvedere, a former Provo resident whose brother and fiance were shot and killed in the parking lot of a man in that city on Dec. 23. He still has ties to Provo.

Belvedere was last seen on the night of Dec. 23, at his home in San Diego. He’s white, 6 feet tall and weighs 165 pounds

He has brown hair and brown eyes. He drives a 2004 dark green Toyota Camry with Utah license plate B154VZ.

If you have information about Belvedere’s whereabouts, call the Provo Police Department at (801) 852-7280, or send an anonymous tip at crimereports.com.

Convicted killer and former doctor Martin MacNeill’s sentencing has been delayed. He was scheduled to be sentenced this week, but that was cancelled. His attorneys have filed a motion for either a new trial or arrest of judgment in the case.

He was convicted in November of murdering his wife in Pleasant Grove in 2007.