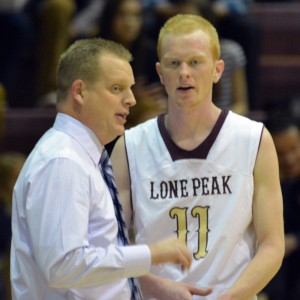 Less than two minutes into the fourth quarter TJ Haws stole the ball, raced toward the east grandstands and two-handed slammed in his 39th and 40th points of the night.

Lone Peak head coach Quincy Lewis had seen enough. He signaled for a time out and called Haws off the court, much to the relief of the Westlake team and fans. They had seen enough of the growing legend that is TJ Haws.

The Lone Peak senior’s 40 points was a new single game scoring record at a school that’s seen its share of prolific scorers. The scoring effort eclipsed Nick Emery’s 39 points he scored during his junior season two years ago.

Haws set the scoring record on 14 of 18 shooting, knocking down seven 3-pointers. He also finished the game with nine assists as the Knights cruised to a 90-63 Region 4 opener. 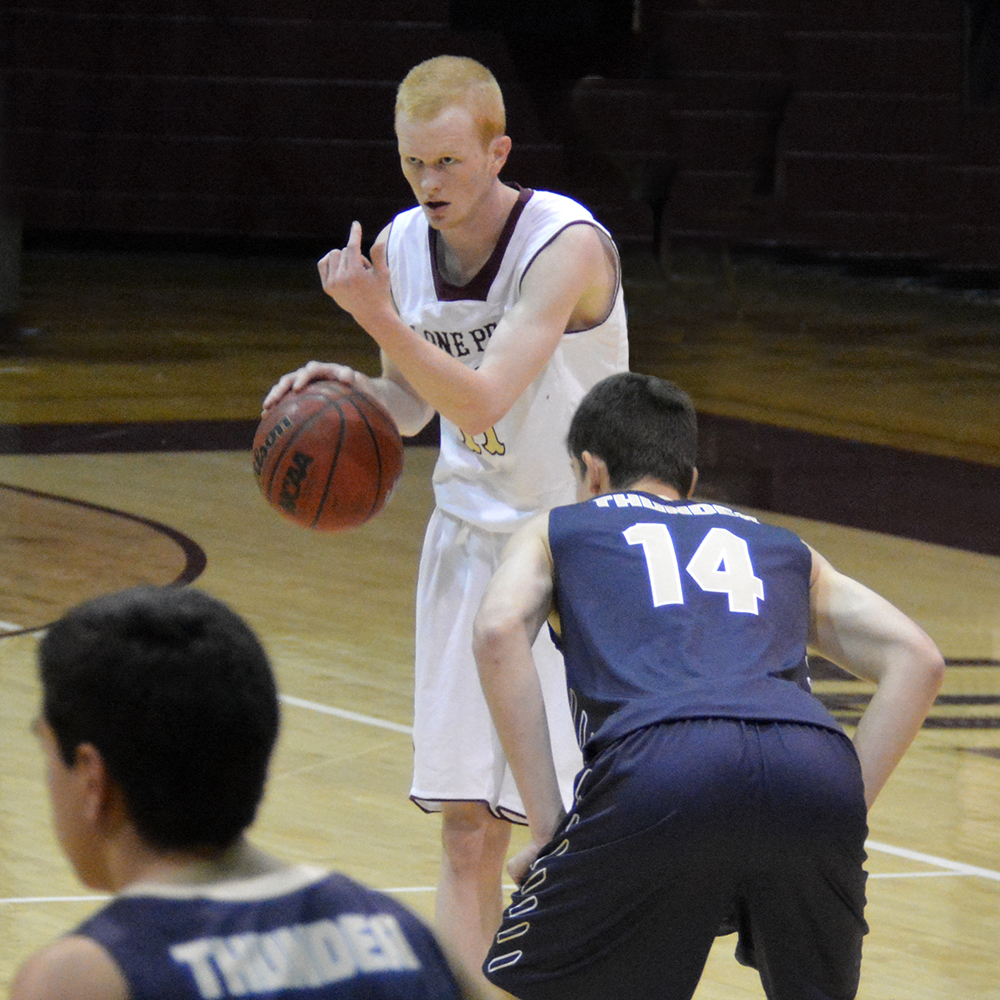 TJ Haws signals for a teammate to set a screen for him Friday night. 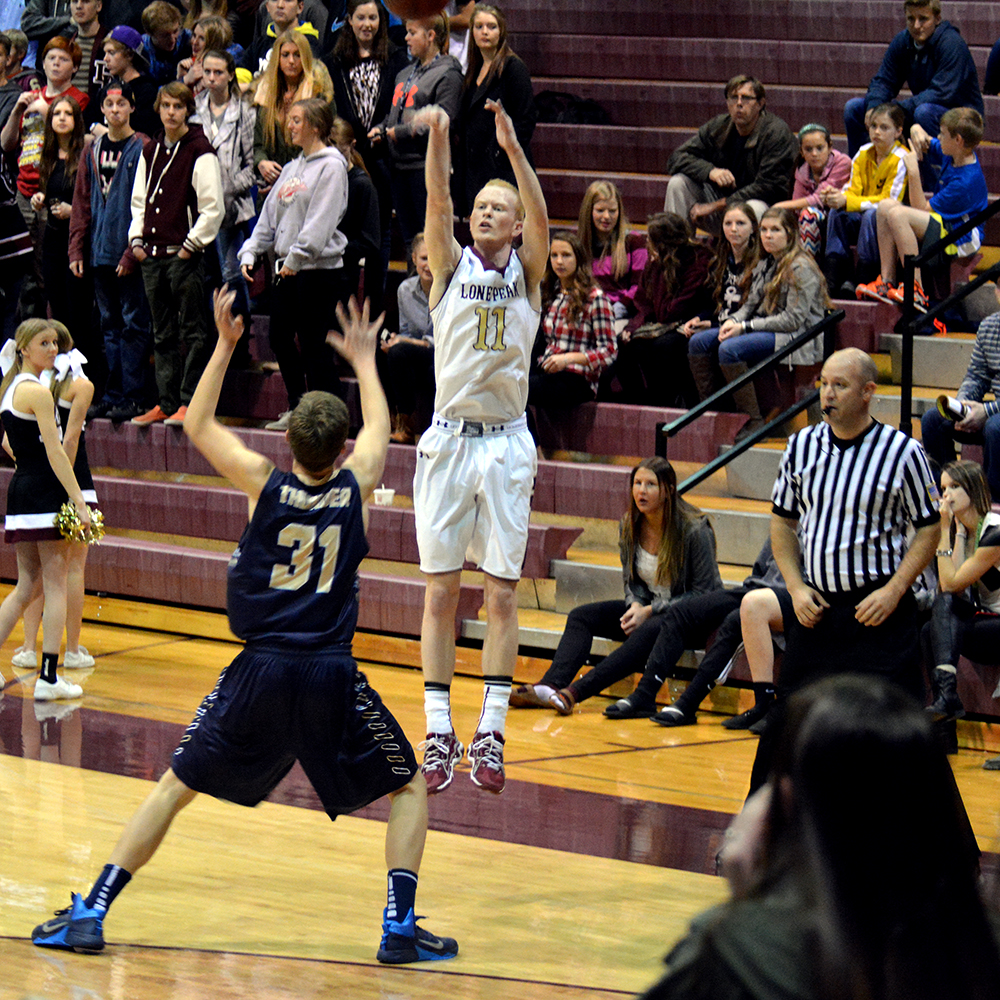 TJ Haws makes a 3-point shot during the first half of the Lone Peak win. 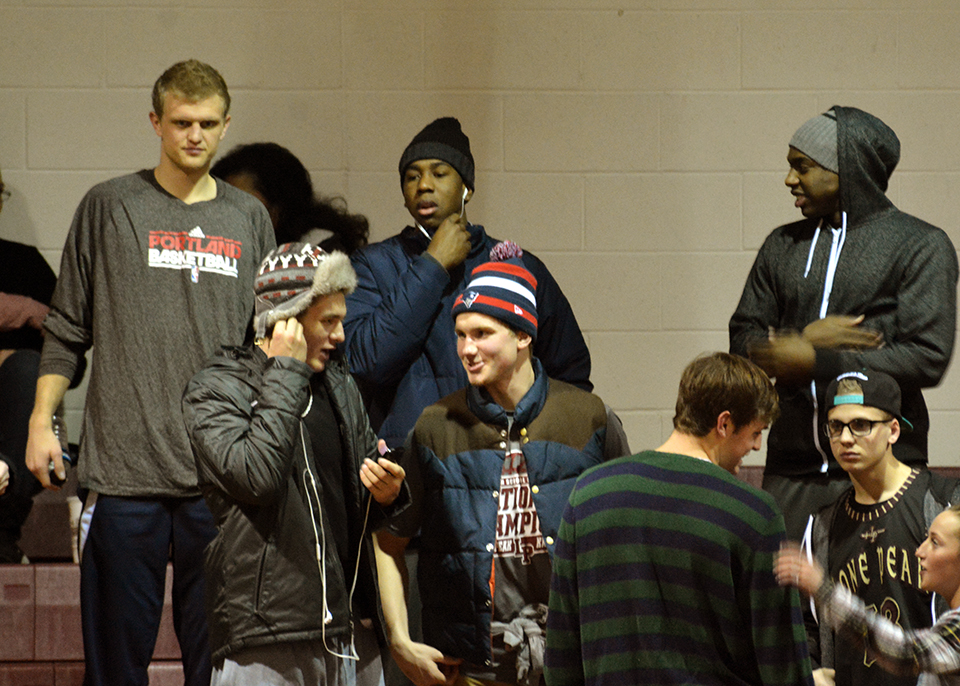