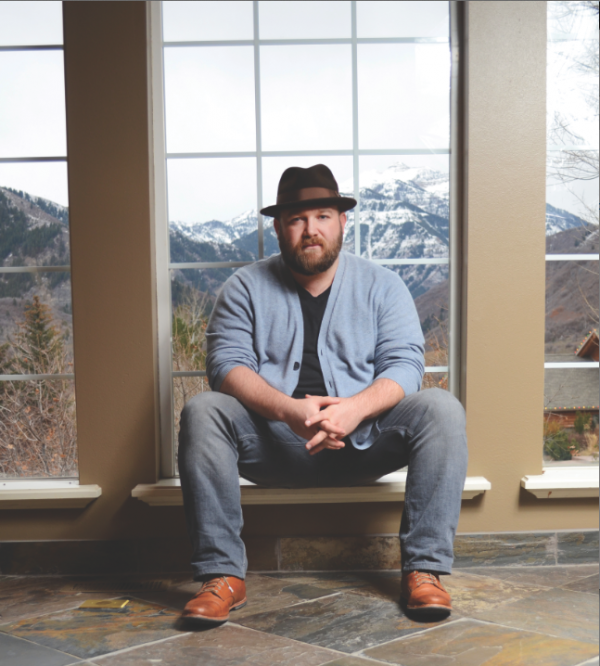 Ryan Innes’ beard screams “mountain man” and it’s telling the truth. He lives in a cabin in Big Cottonwood Canyon. Here, he is photographed at his uncle’s cabin in Provo Canyon. (Photo by Dave Blackhurst)

Ryan Innes’ voice has been compared to all things smooth — butter, honey, silk. His velvety voice charmed celebrity judges on Season 4 of The Voice, won over the crowd at the Stadium of Fire, and has made more than a few girls swoon. But his soulful career didn’t start finding a groove until his late 20s.

“I started much later in life than most people do,” Ryan says. “People think they need to have something going in the music industry by 18, but you can start wherever you are at.”

His journey from choirboy in a small Arizona town to soul man has zigged and zagged. He started out as a pre-medicine major who planned on getting married and supporting a family. After a broken engagement, he started to rethink his plans, moved to Provo and ended up in BYU’s Media Music Program. He also began performing with Vocal Point, an all-male a capella group.

He bared his soul — musically and emotionally — when he released a self-titled EP in 2010. At 32, he tried out for The Voice for the third time — and he only did it because his friend arranged for a private audition. He advanced to the blind audition of The Voice, where R&B artist Usher invited Ryan to join his team. The soulful Utahn then went on to the battle and knockout rounds of the show.

“It’s crazy because I sang for less than 90 seconds each time I was on the show, but those seconds were a springboard for my career,” Ryan says.

Ryan’s large fan base will have new lyrics to memorize and bounce to, as he plans on releasing a new album in 2014.

New Year, New You: 3 resolutions worth sticking to Previous post