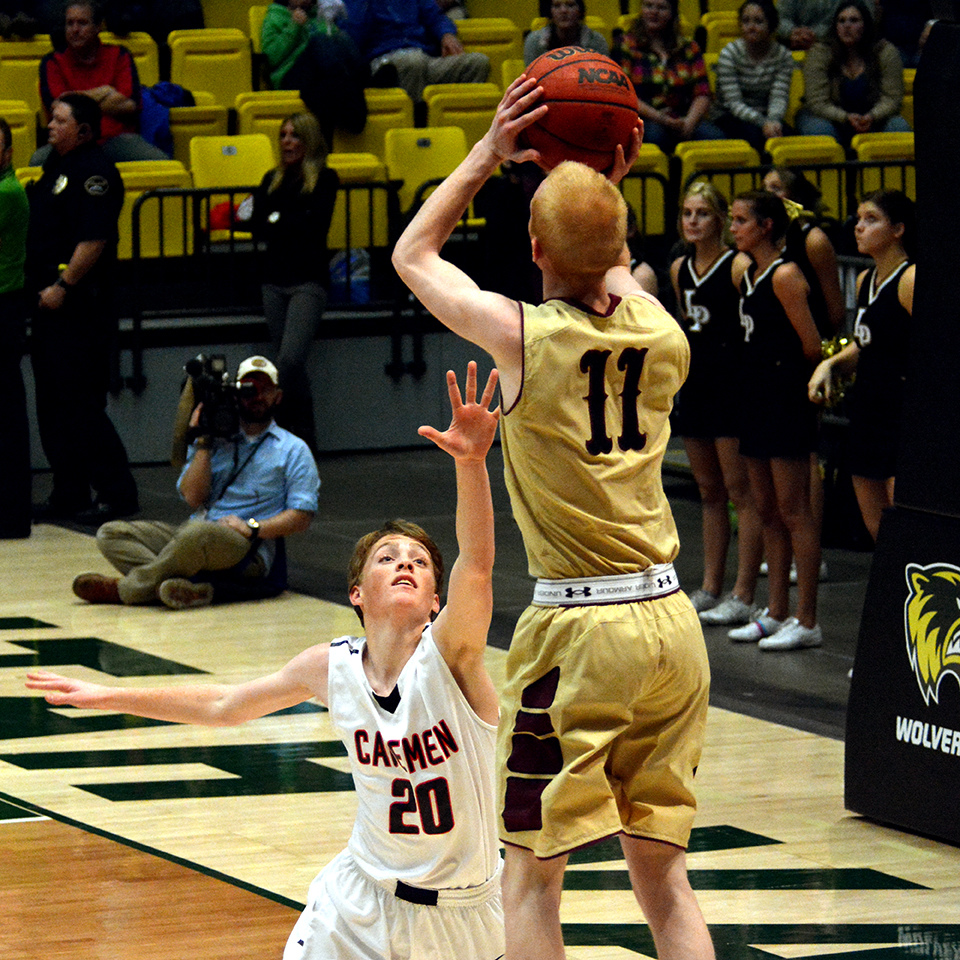 TJ Haws hits a mid-range jump shot over Braden Condie during the third quarter of the Knights 68-59 win over the Cavemen. (Photo by Matt Bennett) 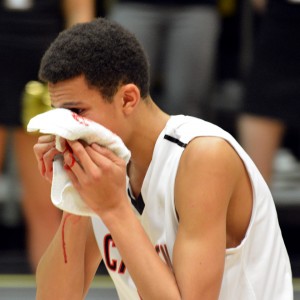 American Fork’s Brenden Bailey leaves the court with a bloodied nose after getting tangled with Lone Peak’s TJ Haws.

On a night when Lone Peak High’s TJ Haws scorched the nets, mostly from beyond the 3-point line, players currently committed to play basketball for BYU combined for 72 points as Lone Peak held off American Fork 68–59.

During the Region 4 game, held at Utah Valley University’s UCCU Events Center, Haws led all scorers with 36 points including seven 3-pointers. Andrus led the Cavemen in scoring with 21 points and two powerful dunks, while Jackson was the game’s third-leading scorer with 15. 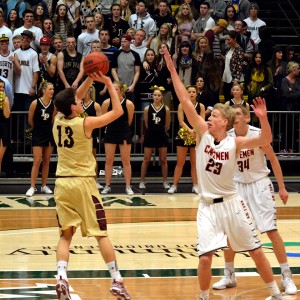 The Knights next play at home against Pleasant Grove on Tuesday. The Cavemen will play at Herriman High this coming Friday. 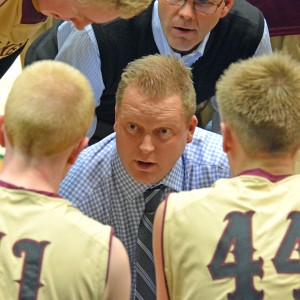 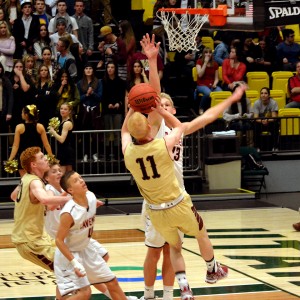 Haws (No. 11) makes a fade away jump shot over the outstretched hand of fellow BYU commit Ryan Andrus. 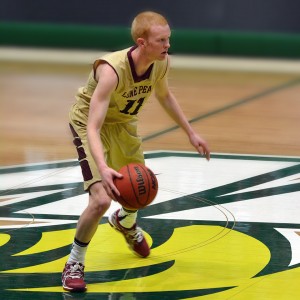 TJ Haws has scored 76 points during the first two Region 4 games this year.