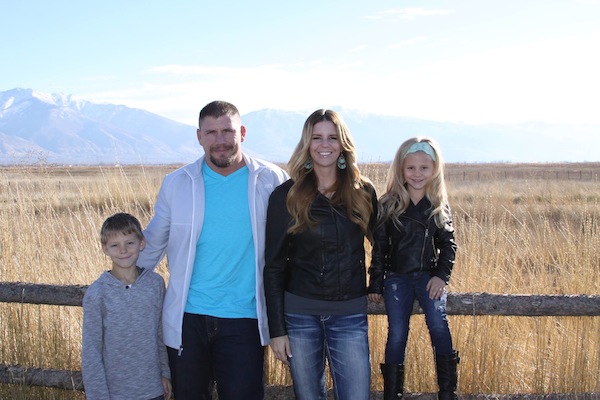 Police in Spanish Fork discovered five bodies late Thursday night in what they believe was a quadruple murder-suicide.

Lindon police called Spanish Fork police to check on the family after Boren didn’t show up for work on Thursday night. Read more on the case here.

Rosa Merino, a 42-year-old single mother of three, was killed early Wednesday morning while she crossed University Avenue in a crosswalk.

The driver of the truck that killed her has told police he was distracted right before he hit Merino, though police say he was not on his phone or texting. The accident is still under investigation, and the man could face criminal charges.

Provo police have set up a fund to help Merino’s daughters — ages 16, 14 and 12 — at Wells Fargo Bank. The account name is The Three Molina Girls. Donations can also be made at Provo High School.

A wanted federal fugitive led Saratoga Springs police on a 30-mile high-speed chase Monday morning that ended when he crashed into a ditch in Elberta.

An officer spotted the car in Saratoga Springs and tried to pull it over because the license plate was folded in half and unreadable, according to police. Instead, the car sped away. The driver, Chad Leifson, 31 — a federal parolee who had warrants out for his arrest — later told police he took off because he didn’t want to go back to prison. Officers also found methamphetamine, cocaine, heroin and marijuana in the car.

Prosecutors dropped dozens of charges this week against a Springville man accused of sexually abusing and pimping out two teenage girls, after he died earlier this month. Kenneth Bond, 68, had a stroke and heart attack while serving a prison sentence in an unrelated case.

Strider Diem pleaded guilty on Tuesday to homicide by assault for killing his 79-year-old stepfather in June. He also pleaded guilty to aggravated assault of a vulnerable adult.

He will be sentenced on Feb. 25. He faces up to five years in prison on each charge.