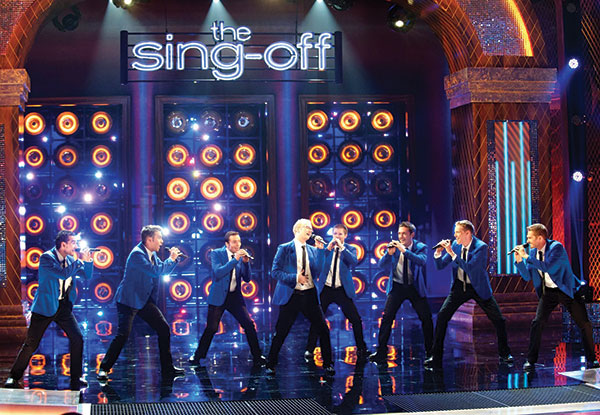 Each night after Vocal Point’s performances on NBC’s third season of The Sing-Off, their versions of popular songs would be downloaded on iTunes. (Photo courtesy “The Sing-off”)

Utah Valley is hitting high notes on the television singing competition circuit — from American Idol to The Voice. We’ve watched local contestants face the music via brutal celebrity critique. We’ve also sung along as they’ve soared to soulful heights. But no matter what the results of the elimination round, we’re proud to claim these competitors  — and we’ve assigned a few accolades of our own.

On NBC’s “The Voice,” contestants first undergo a blind audition where celebrity judges listen to them sing with their backs turned. If the judges like what they hear, they swivel around and give their vote of approval. When Ryan Innes appeared on “The Voice,” Adam Levine turned around after Ryan had only sung one word of John Mayer’s “Gravity.”

When Spanish Fork’s Shaun Barrowes competed on season 7 of “American Idol,” Paula Abdul told him she admired his passion.

Lindsey Stirling is the one of the most original performers to come out of Utah Valley. The Provo girl’s unique style of hip-hop violin wowed the judges on season 5 of “America’s Got Talent.”

Provo native John Preator studied at BYU with melody maker Randy Boothe and sang Michael Bolton’s “That’s What Love is All About” on the third season of “American Idol.” John has also gone on tour with Michael McLean’s “Forgotten Carols.”

Jarrett Burns, who lived in Orem at the time of his audition, performed Adele’s “Rolling in the Deep” in a trio called Anser on “The X Factor.” The judge’s response? L.A. Reid raved, “You were prepared, you got the swagger, you got the excitement. It felt good out here, I knew it felt good out there.” If it’s good enough for a famous record exec — it’s good enough for us.

Vocal Point, a nine-member a capella group founded at BYU, won fifth place on NBC’s third season of “The Sing-Off.” The group showed incredible range as they performed songs from all genres — from Justin Bieber’s “Never Say Never” to Frank Sinatra’s “The Way You Look Tonight.”

Carmen Rasmusen Herbert was one of the very first Utahns to break into the “American Idol” scene. She auditioned for the second season of the show while still in high school and made it into the top six. She now lives in Lehi.

Lehi resident Luis Meneghin started his singing career as a nurse at Aspen Ridge Rehab Center where he shared his incredible voice with patients. The 54-year-old Brazilian immigrant and self-taught singer auditioned for “America’s Got Talent” and brought the judges to their feet in applause.

When David Osmond, son of Alan Osmond, auditioned for the eighth season “American Idol,” he let America know musical talent does indeed run in the family. He sang “Something Within Me” by Take 6.

Amy Whitcomb, who teaches music in Orem at the SCERA, appeared on “The Voice” with her rendition of Kelly Clarkson’s “Because of You.” Amy has also performed with an all-female group called “Delilah” that appeared on “The Sing-Off.”

Before Midas Whale — a duo comprised of Jon Peter Lewis and Ryan Hayes — appeared on season four of “The Voice,” they were honing their craft at Velour in Provo. On the show the pair performed a rousing version of Johnny Cash’s “Folsom Prison Blues,” that earned the approval of all four judges. 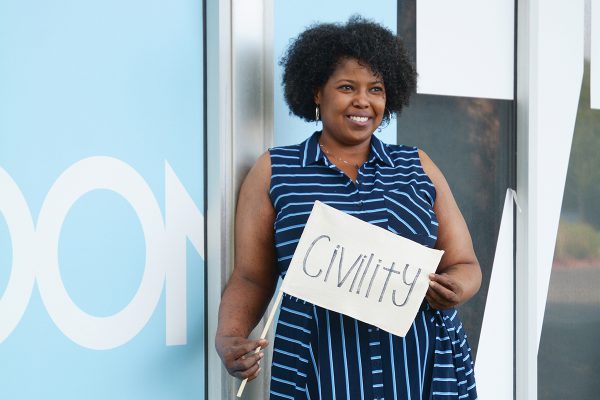