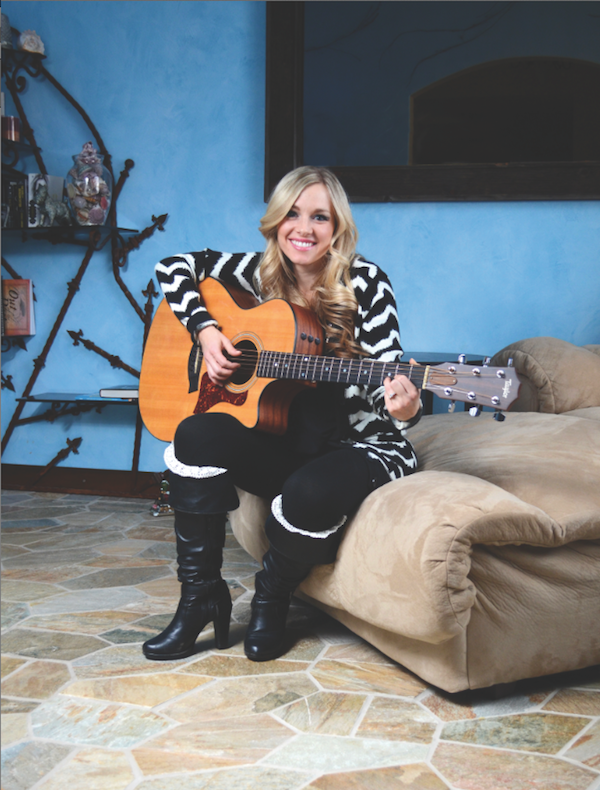 Ashley Smith is a self-taught guitarist and wrote her first song at 8. She continues to write songs from the Salem home she shares wit her husband, McLane, and sons Mason and Van. (Photo by Dave Blackhurst)

Most mothers have to beg their kids to practice the piano; Ashley Smith’s mom had to plead with her to stop. Ashley started playing the piano at 4 and taught herself to play guitar at 14.

When she grew up and moved to South Carolina, she performed in one-woman shows at coffee shops and also shared the stage with famous artists like Lady Antebellum and Kellie Pickler. She loved the rhythm of her life but knew eventually she wanted to be a wife and mother — which seemed out of tune for a musician’s life.

“I decided I didn’t need to give up on my dream, I just needed to adjust the direction,” Ashley says.

Her journey took a sharp left when her first husband passed away in a helicopter accident. She coped through music — she wrote “Good Enough For Now,” which to this day is her favorite song she’s written.

“Music was a big part of how I got through that experience and was able to move on,” Ashley says.

Now the Salem mom of two has found a way to mix motherhood and music. Ashley is a vocalist and keyboardist for local band Speed of Sound. The cover band plays at weddings and for companies such as Adobe. Weekly band practice and weekend gigs give her a much-needed break.

“It’s important for kids to see that you have your own talents and interests aside from being their mom,” Ashley says.

Ashley is also involved with Musicians in Motion, a non-profit group that brings musicians into hospitals, specifically intensive care or burn units, to play live music.

“I’ve had some really cool experiences,” Ashley says. “Even if I’m just singing the ABCs to a little 4-year-old boy, the patients are so appreciative.”

Alphabet loop: The 'A to Zion' St. George guide Next post