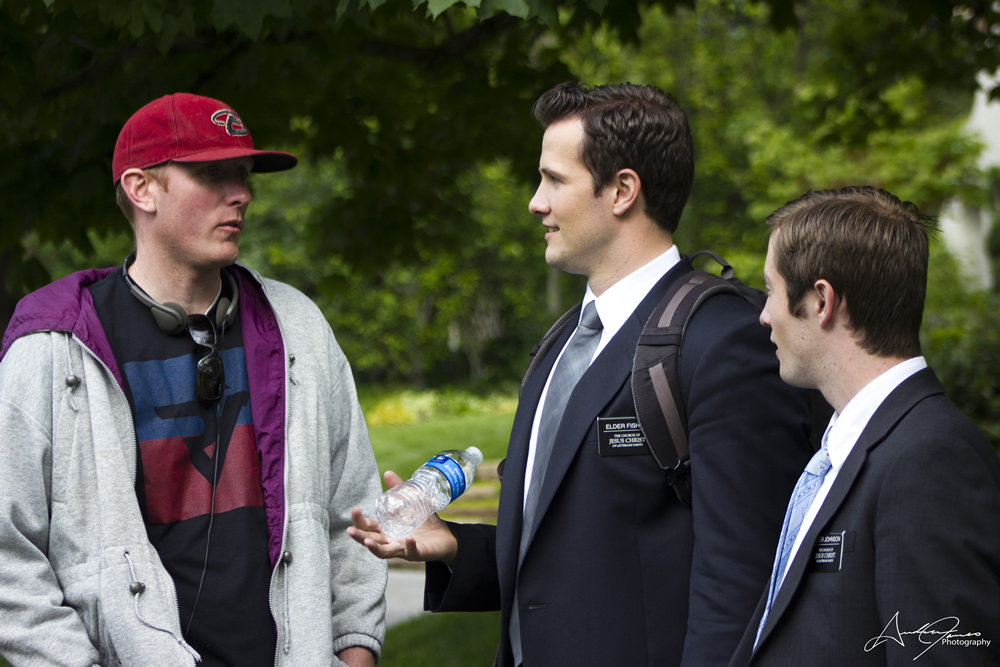 Back in 2003, as a student at Brigham Young University, Adam White had a passion for film and script he’d written about two Latter-day Saint missionaries who inadvertently get mixed up with the Mafia. The problem was, he also had a wife and two young children to support. There’s no money in film, his advisers told him. It’s a long, hard road.

So White studied business instead, eventually transferring to Arizona State University and earning a bachelor’s degree. Over the next decade, he built and sold a number of Internet businesses — a process he says is sort of like flipping houses in real estate. Then, about a year ago, the Lehi resident found himself with enough time and money to direct his own feature film.

The result is “Inspired Guns,” which White, 36, wrote, directed and largely funded. It opened in theaters throughout Utah Jan. 24, with showings planned in Hawaii, Arizona and potentially Idaho, depending on its success. American Fork-based communications Covenant Communications will distribute the film on DVD.

White describes “Inspired Guns” as a cross between the Jim Carrey comedy “Dumb and Dumber” and the LDS-themed missionary movie “The Best Two Years.” The film follows Elder Fisher, who in the last week of his mission is trying to find the white-clothed stranger haunting his dreams. Then Fisher’s mission president assigns him to work with a Justin Bieber-loving, Mountain Dew-drinking greenie, who inadvertently recruits two bumbling Mafiosos to teach. “Inspired Guns” was primarily filmed in Utah and Salt Lake counties, with additional scenes shot in New York City. Utah County residents may recognize the surroundings from scenes in Orem, Provo and Midway. 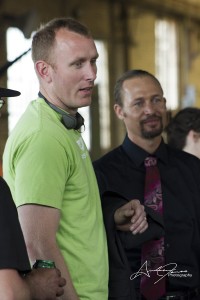 White said his own mission to the Argentina Mendoza Mission inspired the script. One day while walking in a suit around a plaza — sort of like a public park — he thought about how comical it might be if missionaries from The Church of Jesus Christ of Latter-day Saints interrupted a mafia drop while looking for investigators.

White wrote the script soon after returning from his mission, but didn’t do anything with it for a decade. He had been interested in film since age 11, when his Dad brought home a VHS Camcorder and White started making short movies. But for years it seemed like no more than a hobby.

“It wasn’t until after my mission that I thought, I really would love to do this for a living. But I couldn’t see how it would happen with a family and kids,” said White. “My route was not a traditional route that you will hear from most filmmakers. … I didn’t start filming until age 35.”

White loves “Lord of Rings” movies and admires the directing work of M. Night Shyamalan and J.J. Abrams. But because he studied business in college, he’s had to learn the filmmaking business quickly and on the fly, volunteering on movie sets and making his own short films. White put up most of the money for the film himself. (He describes the film’s budget as “under $500,000.”)

Dashiell Wolf, who plays the Justin Bieber-obsessed Elder Johnson, said that White stuck to an efficient schedule — “Inspired Guns” took about a month to film — while also collaborating with everyone from actors to those in charge of lighting.

“Adam was a fantastic director,” said Wolf. “There was a great morale on set.”

Brett Merritt plays an FBI agent in the film and agreed that White has a very collaborative directing style, allowing actors to ad lib dialogue and offer ideas.

“Adam is one of just a few directors that I felt an immediate connection and trust with as an actor,” Merritt said.

White says he wanted to make a film that would make people laugh, but also one that was family-friendly and devoid of profanity, sex and gratuitous violence.

While the Mormon filmmaking frenzy that followed the 2000 missionary movie “God’s Army” has largely cooled, a handful of independent LDS films pop up every year. Another missionary-themed movie, “The Saratov Approach,” opened last November to strong reviews. And the LDS Film Festival will mark its 13th year February at the SCERA in Orem.

White says he wants to make films he can watch with his own kids. He and his wife, Greta, moved to Lehi  from Arizona six years ago and have five children ranging in age from 3 to 12. A sixth baby is due in July.  The Whites love to watch movies in their basement home theater, mostly Disney films and other family-appropriate animated films.

Greta describes her husband as a grounded, loving family man who is both deeply religious and very funny.  That same mix of religion and humor is present in “Inspired Guns,” which offers a farcical (and sometimes serious) take on the Mormon proselytizing experience.

“We are really excited about this movie and feel it is a film that families can enjoy together,” said Robby Nichols, Covenant Communications vice president of marketing. “It is humorous and light-beat, but it also has a touching ending that delivers a strong message.”

For both Greta and Adam White, making the movie has been a risk, sure, but also the fulfillment of a dream a long time in the making.

“It’s exciting for us to think, wow, we are actually doing it. It’s not the dream that you talk about down the road. The time is now,” Greta White said. “That has been a crazy feeling for the past year. The ‘someday’ has been now.”