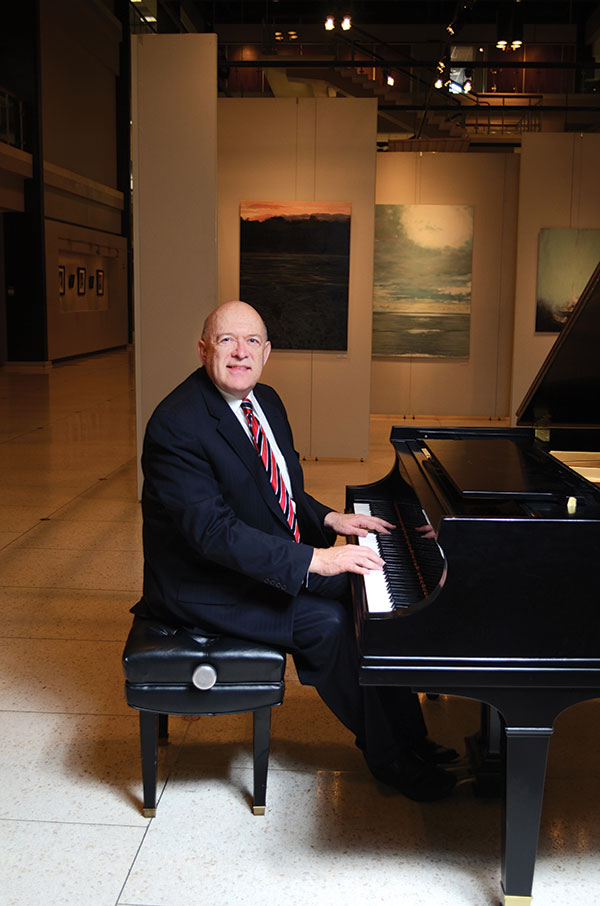 Randy’s first musical love was piano. After obtaining a piano performance degree he went on to get a master’s in music education from BYU. Randy and his wife, Susan, have three children (all of whom were Young Ambassadors) and four grandchildren. (Photo by Dave Blackhurst)

There is nothing Randy Boothe loves more than sharing music with others — whether it’s one of his four grandkids or a BYU Young Ambassador. He’s been leading the world-renowned performing group for more than 30 years and was a performer in the first Young Ambassadors tour.

Randy is involved in virtually every detail of the group, from the audition process to writing vocal arrangements to touring.

And no matter where the group travels, their message is the same.

“Dance, music and theater are our medium, but our message is friendship,” Randy says.

Many of BYU’s Young Ambassadors go on to pursue music, dance and acting after college and Randy loves staying in contact by following their careers and meeting up with them in New York. He travels to the Big Apple frequently seeking inspiration in musical theater.

At home, Randy is a supporter of music education as a member of the Nebo School District Board. He strives to bring music to Utah schools through collaborations with university arts programs and a focus on training and recruiting performing arts teachers.

“Kids have a large body of knowledge they need to acquire, and we can accomplish that task while interweaving the arts as part of the curriculum,” Randy says. “If my grandkids are learning about the Civil War, I want them singing Civil War songs.”

Randy believes it doesn’t matter how small or rural the school may be, there is always room for the arts.

“I grew up in a little potato farming town, but we always had access to the arts,” Randy says.

Randy has also directed many large musical productions for the LDS Church including “Light of the World” and “Christmas Around the World.”

2014 could be year of the gas tax Previous post

Cancer in the rearview: Father of 2 kicks cancer to the curb Next post