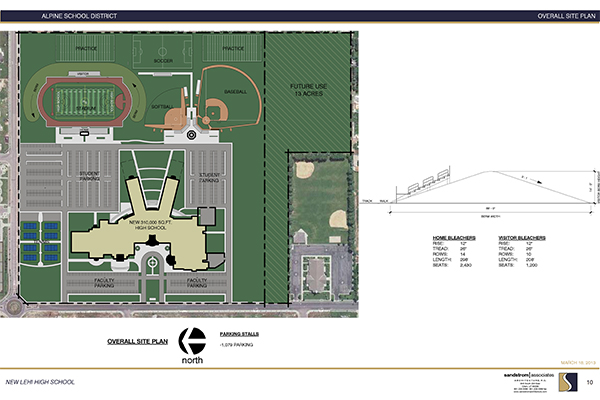 LEHI — In a room packed with Boy Scouts who may be its first students, the Lehi City Council OK’d an annexation agreement and zoning for the last piece of property needed for the second high school in Lehi.

The new high school will be built at approximately 3200 North and Center Street. Before the annexation, the property was an unincorporated island. The property was re-zoned to agriculture (A-1) to match the other property for the high school. At some point the entire parcel will be changed to the public facilities zone, which is the zoning for schools.

The new high school will be populated by students who live in the current Lehi High School boundaries. No other boundaries will be changed, according to school district officials.

Alpine is the largest school district in the state.

How to visit every LDS temple in the continental U.S. in 79 days Next post