5 things your teenager needs to know about money 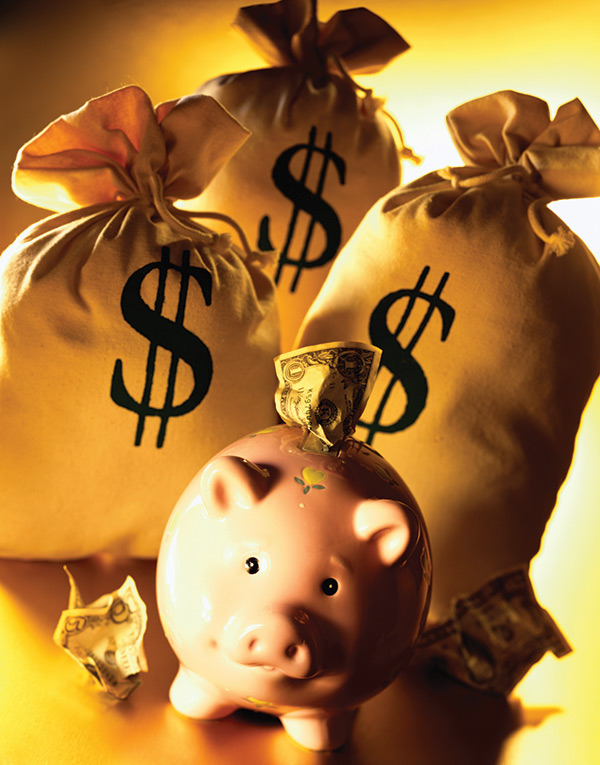 American teenagers spend $200 annually, according to Research and Market. Utah Community Credit Union has a program to help teach teenagers how to finance. (Stock Photo)

Glittery iPhone cases, Under Armour sweatshirts, lunch at the Cheesecake Factory: American teenagers today spend a lot of money. Like a whole lot. Like more than $200 billion annually, according to data compiled by the international research company Research and Markets.

Whether or not your teen is working hard to buoy that statistic, it’s crucial that you start having frank conversations about money sooner than later. Richard Hirst is director of Utah Community Credit Union’s BeMoneySmart program, which works to help children and teens make smart financial decisions. Below he shares the five crucial things to teach your teenager about money.

Money often gets a bad rap, when it’s simply a tool developed to help with the exchange of goods and services, said Hirst.

“Money, just like a knife, can be used for both good and bad purposes. Teach your teenagers that it is how they choose to use money that determines the outcome. Empower your teenagers with the knowledge that money doesn’t control their lives — they themselves are in charge.”

Also, speak positively about money in front of your teens. So, instead of a knee-jerk, “We can’t afford that,” use a phrase like, “We are choosing to spend our money on something more needed or important.” If, for example, you want to skip eating out to save money for a vacation, explain the logic to your kids. It’s good for them to see you make smart decisions with your money.

2. A budget is crucial

At some point your sweet (sullen?) teenager will be out in the world, making his own financial choices. It’s important to help your teen learn to budget now while still living at home, when the economics of life are fairly basic and straight-forward.

“When it comes to budgeting it’s best to start simply,” said Hirst. He said people tend to go about budgeting backwards — deciding what they want and then figuring out ways to pay for it — instead of deciding what they can spend based on their income. Emphasize the basic principle of spending less than you earn. And remind teens that a functional budget needs to be adapted frequently to meet life’s changes.

3. You need to pay yourself first

Teenagers tend to live in the moment, and many want to spend their paychecks as soon as they are cashed. So emphasize the importance of saving, even small amounts. Don’t talk to a teenager about retirement savings, said Hirst, that’s too far in the future. Instead, help your teen save up for something she can purchase within a few months, like an iPod or a new pair of shoes.

Teach your teen that if she can save money when her income is small, she’ll be developing healthy financial habits for later.

“Too often I hear people talk about saving in the future:  ‘I’ll start saving when I graduate from college, get my first “real” job, get a promotion, get a raise, etc.,’ ” said Hirst. “Saving is based on discipline, not a person’s income.  If you can save money when your income is small, you will be able to save as it grows,” said Hirst.

Like money, a loan is a tool that can be good or bad, depending on how it is used.  Many credit card companies market heavily to teenagers and college students, so it’s important your child understand how interest works before he learns the lesson the hard way. Talk about everything from credit reports and credit scores to the importance of paying off a credit card balance in full each month.

“We definitely live in a ‘buy now, pay later’ society with the ability to purchase almost anything on credit,” said Hirst. “As parents, it is important that we help our children differentiate between needs and wants and understand that acquiring ‘things,’ especially on credit, doesn’t buy happiness.”

5. Mom and Dad won’t pay your way in life

When children are young, they associate money with Mom and Dad, automatically going to their parents for clothing and school supplies. But as children age there needs to be a transition, said Hirst.

“It’s important to start weaning your teenagers off your wallet and set the stage for them to someday move out and contribute to society,” said Hirst. “A large part of this process involves helping them make their own money.  This is a great time for you to help your children explore different jobs and discover skills they can use for employment.”

It’s also a key time to set realistic expectations. For example, tell them their first apartment won’t be as nice as your home now. Discuss expenses they will have when they move out, such as food, rent and utilities. You can even help them create a hypothetical budget based on those expenses. A little preparation today will go along way tomorrow, said Hirst.

“If properly prepared, leaving home and becoming financially independent will feel like a natural next step for your child, one he is well prepared to handle,” said Hirst.