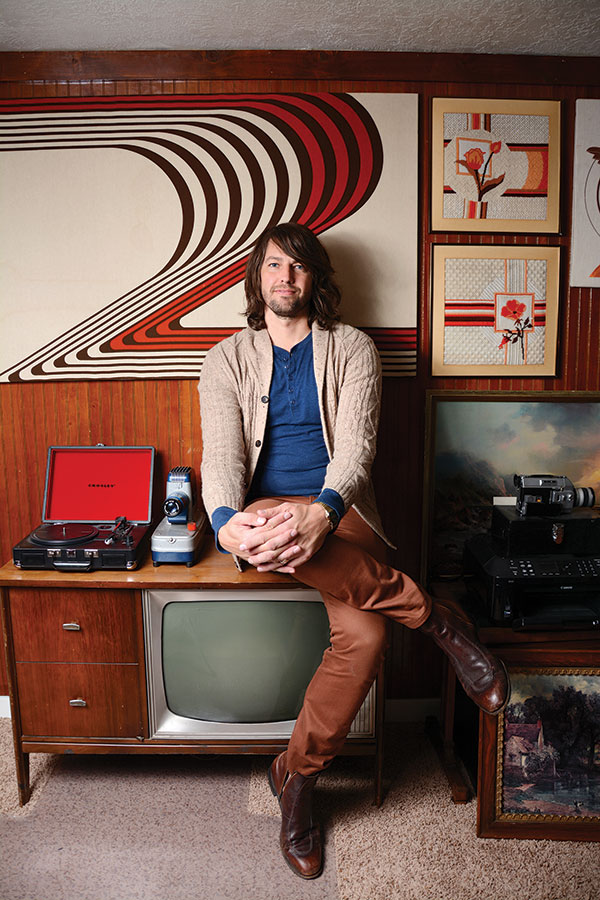 Matt lives in Highland with his wife, Shayla, and works in his basement studio where he is regularly interrupted by his two kids, Violet and Arlo. (Photo by Matt Bennett)

Matt Eastin brings music to life through video for the valley’s most popular artists — from Mindy Gledhill to Neon Trees to Joshua James. Most recently, he co-directed Imagine Dragon’s video “On Top of The World” with Corey Fox, the owner of Velour.

But before Matt spent his days filming the coolest bands in town, he was working for a video production company and sneaking in his favorite music whenever he could.

Then, Matt put together a music video production group called The Occidental Saloon with Corey and a few other friends. The arrangement was a win-win. Up-and-coming bands without money to spend had high-quality videos that attracted fans and Matt was able to hone his craft.

They started out producing videos on a pro bono basis.

“We had to prove we could do it before anyone would be willing to pay for it,” Matt says.

Eventually, Matt formed his own production company, The Violet Suitcase, and continues to work with the valley’s hottest bands. Corey acts as the artistic director and scouts out locations and props while Matt is the master of execution and editing.

Matt’s work eventually caught the eye of Sam Cardon, a well-known Utah Valley composer. Sam approached Matt about the idea of creating a music television show for BYUtv — and “Audio-Files” was born. Two weeks later, the show — which is a combination of interviews, music, concerts and behind-the-scenes footage — was in pre-production.