Home LDS Being LDS Singled out: What’s on the minds of local area singles

Singled out: What’s on the minds of local area singles

[pullquote]When it comes to getting married, we all know that the best way to do it is to marry the right person at the right time. And that may mean waiting. —Daryn Tufts[/pullquote]

With Valentine’s Day upon us, we wanted to know what is on the minds of singles in Utah Valley. According to online dating specialist Will Irvin, at 41 percent, Utah has the second-lowest ratio of singles in America (Idaho has 40 percent), making non-married people feel a little singled out.

We spoke with five locals who are all-too familiar with the singles scene in Utah Valley, including Daryn Tufts, who you may recognize from Questar’s commercials. Before getting married at 37, Tufts spent 10 years as a single in Provo and sheds some perspective on being an “older” single in a state where the average marriage age is 24 for women and 26 for men.

Here, Daryn and four single guys and gals open up about the ups and downs of being single in such a marriage-focused community. 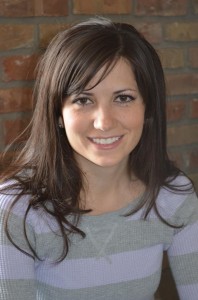 How would you describe being single in Utah Valley?

Randall: I feel that all of the guys are too young, and just like to hang out and aren’t ready or looking for anything past hanging out.

McNeill: The singles scene in Provo gets really old. It doesn’t feel like the universities provide a lot to do anymore. It seems like we always just watch movies. It’s especially hard to go out and meet people. And when you do go out, everyone kind of stays in their floating amoeba. Whether it’s dinner or dancing, people don’t generally talk to people they don’t know.

[pullquote]”You better find a wife before you move away from Utah.” I wish people would ask, “How is the dating life?. —Scott Heaton[/pullquote]

Borland: It’s kind of brutal. There are so many expectations of what a person should be and I don’t fit the profile, necessarily.

Heaton: I think it is actually easier than being in a relationship. I was in a long-term relationship for the first couple years after my mission and there was so much pressure from everyone to get engaged and married. I feel like when you are single there isn’t as much pressure and you can just date freely and have fun. 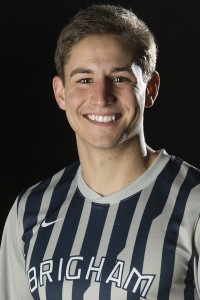 What are your thoughts about Valentine’s Day?

Heaton: Honestly, being single on Valentine’s Day is not even a big deal. I feel like a lot of guys here would feel the same way. It hasn’t crossed my mind that it is coming up, and it is nice not to have to plan anything or do something extravagant just because it’s Valentine’s Day. Even when I have been in a relationship around Valentine’s Day, I feel like it just creates unnecessary stress and strain on your relationship. As a single guy, it is just another day in 2014, and won’t feel any different — other than some enticing candy options.

Borland: I stopped caring if someone thinks of me on Valentine’s Day or not. I’ll text my friends, buy chocolate for closer friends and maybe send flowers to someone who is feeling down, but I refuse to take the depressing side of the holiday. It’s about the things I have, not the things I don’t have. I tell my mother and father that I love them. I talk to siblings and ask how they’re doing. It’s a celebration of love, not necessarily a relationship. If someone is lucky enough to be in a relationship they enjoy, I’m happy for them and wish them luck. But if I get bitter about my situation, I am just creating negativity in the world that doesn’t need to be there.

Tufts: My tip for being single on Valentine’s Day is to celebrate it anyway. It’s tempting to simply boycott the holiday, but who says you have to be in a relationship to enjoy it? When you’re eventually married, you’ll spend the rest of your Valentine’s Days with the same person. So this is your opportunity to make some memories doing it differently. Pick a friend or friends, and use Valentine’s Day as an excuse to have some fun. 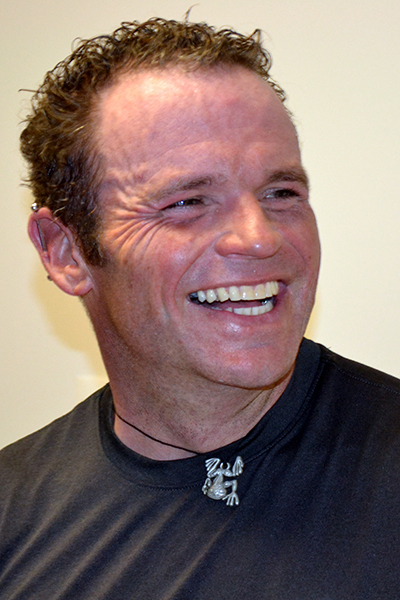 What are some frustrating things people say to you about being single?

Heaton: “You better find a wife before you move away from Utah,” and “What are you gonna do if you can’t get married in the next year?” I wish people would ask, “How is the dating life? Are you meeting anyone interesting?” or “Are there any girls that have potential?” instead.

Borland: It’s frustrating when someone informs me of past experiences in relationships and foreshadows ours with that negativity. There’s a fixation on negativity in our demographic of people who have passed 25 and are divorced or haven’t ever gotten married. It’s very polarized — people either have a fairy tale mentality or they’re so negative that they can’t accept having something positive.

Randall: The most annoying question I get is probably, “Why aren’t you married yet?” It’s such a dumb question. I ask myself that exact same question everyday. I really wish I had an answer.

McNeill: “Why aren’t you married yet?” or “What are you doing tonight?” That doesn’t seem like it could be annoying but it can be. Or, “What are you gonna do when real life starts?” This is my real life! 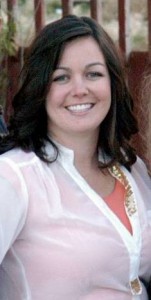 What do you wish they’d say instead? How can people who aren’t single be more sensitive to those who are?

McNeill: I would like them to ask how my job is going and what I like about my job. Instead of asking what I’m going to do when real life starts, they could ask what I’m doing now and what fills my day. They could ask about my family. Even though people don’t generally think in those terms because I’m single, I still have a family. They could even ask what book I’ve read lately. I really like quesitons that start an intellectual conversation.

What are some questions you ask yourself as a single girl in Utah Valley?

Randall: Why is it so easy for so many girls to find a husband, and for others it is so dang hard? 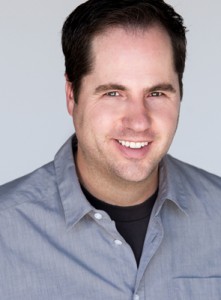 What are some positive things about being single?

Heaton: It is so much easier to live on a budget and save money. All my friends and family members who are married are whipped into financial difficulty so quickly. Also, you get to meet so many more people every day as you get out and be social. That helps a lot both for school and networking for you career as well.

[pullquote]”I would like them to ask how my job is going and what I like about my job. Instead of asking what I’m going to do when real life starts …” — Abi McNeil[/pullquote]

Borland: You’re free. A relationship has a cost. You give up your free time and you take on a lot of other resonsibilites that you don’t have when you’re single. I only have myself and my daughter to worry about, and that’s OK with me. I’d gladly take on the responsibility of a partner and other children if a gal wanted to be with me, but again, its celebrating the things I have, not what I don’t have. I try to stay positive and have fun. I go to the movies by myself and enjoy the heck out of it.

What advice would you offer to other singles in Utah Valley?

Borland: Figure yourself out. Don’t try to find yourself through someone else, because if you discover who you are coinciding with someone else, when they fail you, you will likely fail yourself. Become who you are. Then if you find someone who wants to make that journey with you, that’s excellent. But don’t feel like you have to have someone with you.

Tufts: I think it’s important to remember that we’re all on different paths, and need to be patient when our lives are not on the exact schedule we thought they would be. Growing up LDS, my future felt very structured: I would serve a mission, then I would attend BYU and get married and start a family. I knew exactly at what age I would serve a mission and go to college, so it was easy to assume that marriage would happen on some sort of schedule as well. But that’s not the way life works. At least, not always. I returned from my mission when I was 21, graduated from BYU when I was 25, then moved away from Utah Valley when I was 30 and still single. When it comes to getting married, we all know that the best way to do it is to marry the right person at the right time. And that may mean waiting. It may also mean working on improving yourself and your own life first. Besides, Utah Valley can be a fun place to be single.